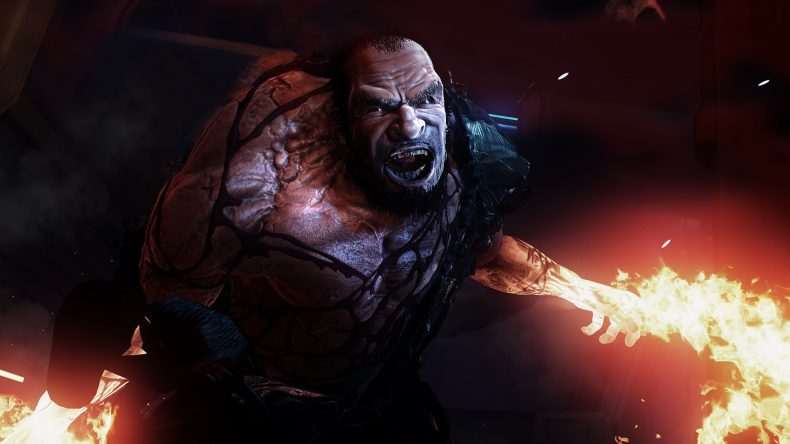 Back in 2018, The Persistence was a PSVR exclusive, and at the time I called it “one of the finest VR horror games on the PlayStation 4.” It blended survival horror with the roguelike genre very well, and incorporated virtual reality into the control system excellently. Liverpool-based studio Firesprite has now taken it out of VR and put it on every console, as well as PC, but does it work without the VR functionality? The game is set to release in the summer, but we were lucky enough to get an opportunity to preview it so far (on Xbox One, no less!), and thankfully it’s still just as gripping and intense.

The VR elements gave it that extra something separating it from other horrors on the market. It immersed you in the claustrophobic environments, leading you to actual shit-your-britches moments when a deformed clone or two attacked you from behind and induced yet another fit of terror. Whilst it doesn’t have the extra element of fear provided by wearing the headset, it still manages to keep you on the edge of your seat, thanks in part to the constant state of anxiety you find yourself in. This is provided by the ever-changing layout of the spaceship. Due to the ship being close to a black hole, it’s caused the layout to go through changes. Not only does the layout change, but so too do the locations of enemies and the different types you may encounter. In one second you could walk through a medi-lab and two Bezerkers are swinging their huge fists at you, but on second playthrough it’s now an electrified corridor haunted by the game’s creepiest enemy, the Weeper.

The Persistence has taken certain things from the VR version and used them in its newest iteration, and these few similarities work brilliantly. For example, items are still picked up by looking at them, and the same goes for opening doors, vents, and item boxes. Teleporting is still a thing, too, and this can help a lot when it comes to sneaking up on an enemy in order to harvest their stem cells. In fact, there’s no real interactions created by pressing buttons, allowing you to focus on dealing with the rooms, hallways, and enemy threats. You have objectives that can be pulled up by pressing the left shoulder button, and this helps to always know where to go, but it’s also cool to explore. The ship isn’t huge, but there’re  secret passageways split across the different layouts, and there are plenty of health boosts around. It’s a tough game, and you’ll often need these to get to your next location. Firesprite don’t encourage an easy mode as the game is meant to be a challenge, but there is an Assist Mode that allows you to make enemies easier, as well as using shields and other powers without them running out.

It does take a while to get used to what the game expects of you, and realising you’re required to go for the stealth approach rather than all guns blazing is a necessity. Once you get used to your shield only activating for a few seconds (something that can be upgraded later on), and using your attack to stun rather than kill, there’s plenty of enjoyment in harvesting stem cells and collecting FAB points. These items provide upgrades to basic functions such as stealth and stamina, as well as upgrades to your suit and tools. You can also collect tokens that will improve the weaponry you pick up, giving you a reason to check every nook and cranny within the spaceship. I would say that enemies can be ruthless, but that’s what makes it a real classic. You have to play smart or else you’ll die pretty quickly. Improving your suit, stats, and weaponry is vastly important, and The Persistence pushes you every step of the way. Sometimes enemies can be an almighty pain in the arse, especially when you walk into a room and they attack you straight away. They can’t always be seen (even when using Super Sense), so it becomes frustrating when you’re attacked without any time to prepare.

One of my original concerns were the visuals, and whilst this one isn’t on par with the likes of Alien: Isolation, the enhanced environments and other touch-ups can clearly be seen. The sound effects also create a tense atmosphere, with clanging pipes and various screams heard from deep within the ship. It’s an impressive survival horror, holding up without the VR just as much as it did with it.

The Persistence is still a superb mix of survival horror and the roguelike genre, implementing everything that made the VR iteration so special. It’s still difficult, but learning to get used to enemy movements and the subtle changes in layouts is key. There’s seldom titles like this out there, and when the game releases in the summer, it should definitely be on your radar.

Video games are cool. Don't let anybody tell you any different.
MORE LIKE THIS
firespritePreviewThe Persistence