previous
Player forts coming to Torchlight III
random
next
"Gaming is the medium I feel I understand the best": Interview with Gareth Coker, Composer for Ori and the Will of the Wisps
0 comments 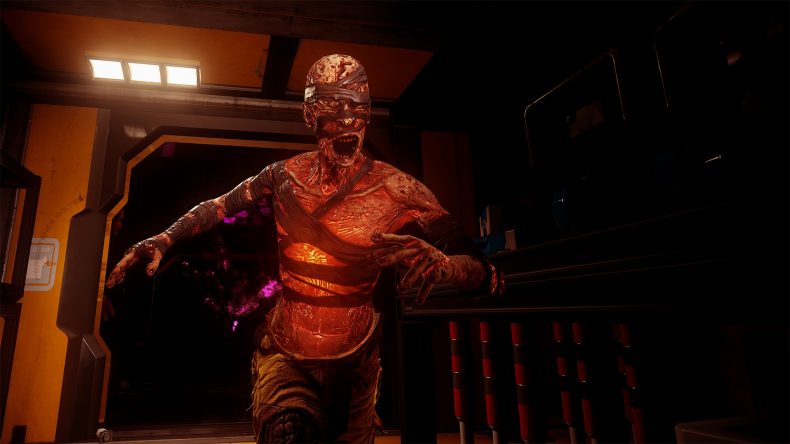 The procedurally generated survival horror game The Persistence will be released digitally on May 21 for Nintendo Switch, PlayStation 4, Xbox One, and PC. When it released on PSVR back in 2018, it provided a solid game filled with solid gameplay and great atmosphere, and now Firesprite are unleashing it on multiple formats.

“When we made the move to bring The Persistence to new platforms, our key focus was to ensure that the particularly brutal nature of gameplay made the leap to non-VR,” says Graeme Ankers, MD and founder of Firesprite Games. “As a result, The Persistence keeps players on edge from beginning to end, and with a procedurally generated environment forming around them, no two playthroughs are ever identical, meaning you will never find safety in the same spot.”

The Persistence sees you surviving on a space colony starship amongst deformed clones hellbent on killing you. You must bring the ship back to Earth whilst making your way through an ever-changing labyrinth of corridors and rooms, making sure you don’t get ripped to pieces by the mutant enemies.

If you pre-order on Switch between April 23 and May 30 or Xbox One between April 30 and May 20th, you’ll get a 10% discount. For those who already own The Persistence on PSVR, you’ll get the PS4 version completely free. Due to the Covid-19 pandemic, physical releases won’t be happening anytime soon, but game publisher Perp Games will be going ahead with physical editions when they can.

Video games are cool. Don't let anybody tell you any different.
MORE LIKE THIS
firespritePerp GamesThe Persistence