The Riftbreaker is a new RTS/RPG hybrid, and it’s great 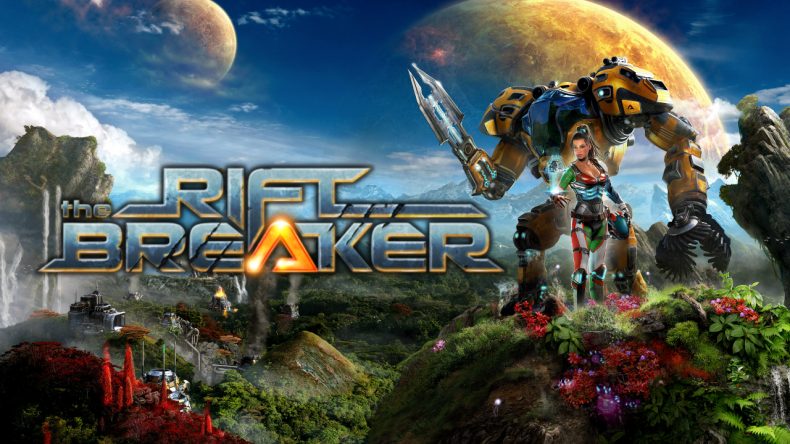 I like games that do things a little differently to the norm, especially when that involves combining two of my favourite genres into one entity. The Riftbreaker is a base-building, resource-gathering RTS, only instead of raising an army and furthering a civilisation, when you’re not constructing things and worrying about rapidly-depleting resources, you’ll be out in a giant mecha suit engaging in a bona-fide isometric RPG.

The concept of The Riftbreaker is simple: you play Riftbreaker Ashley (forename or surname? I’m not sure), a scientist/commando who is sent through a one-way Rift-gate to set up a forward base on a distant planet, and construct a return gate to Earth for the purpose of colonisation. Each world is procedurally generated, and although only the Jungle biome was playable in the alpha build, the info promises at least two more in the form of Ice and Desert. From the moment you teleport into the rich, highly detailed environment, it’s clear that you’re on an alien planet. Huge, bulbous plant-life carpets the world, and a multitude of colours greet your eyes. Some of the plants will damage you if you destroy them while too close, some will drop loot that heals your suit or can be used as biomass for fabrication. And yes, I said “loot”.

While you’re not picking up weapons and armour, everything you destroy or kill drops coloured loot in the form of materials, ammo or healing. The first thing you’ll need to do is locate a Carbonium deposit and build a factory to harvest it, or stand over it yourself and harvest it directly with your mecha suit. Once you have a base, you’ll need to build power plants, wind turbines, solar panels – and walls. High walls, lined with guns.

The indigenous life – at least on the world in the demo – comes in swarms of alien beasts that reminded me of They Are Billions. They come in various forms, some small and fast, some that spit acid, some that are huge and armoured. Between attacks you get roughly 8 minutes to shore up your defences, gather resources like steel or uranium, and erect more buildings, but each attack will leave your base in dire need of repair. You’ll also have to go further and further afield to find resources, which you’ll need to build factories upon, which in turn will need their own power and defences. Your mecha suit, fitted with an AI called Mr. Riggs, will give you advice and tips, or make you aware of points of interest or impending attacks, and he can be upgraded with better armour and mobility, or fitted with a variety of weapons such as flamethrowers and rocket launchers. You can also research and develop new abilities like AoE attacks. Now and then you’ll need to destroy nearby nests to keep your base safe, or go on the hunt for a huge individual alien creature that will summon the swarm to defend itself.

Everything you do is in service to building and improving your base, upgrading your constructions and ultimately building a Rift Portal to complete your mission. You’re constantly busy, always against the clock, and sometimes a single mistake can cost you everything. Besides the four difficulty levels (easy through brutal), there’s a Survival mode and a Sandbox mode where aliens are only hostile if you bother them.

As is to be expected the alpha build has elements that need improving. The loot could be clearer on the ground, and the voice actor for Ashley seems very wooden. It may be placeholder dialogue, but as it stands it needs improving. Little bugs like the sound glitching aren’t worth complaining about, but it runs very well and looks gorgeous.

The Riftbreaker is coming to consoles and PC later in the year and is absolutely on my radar now – and if you’re a fan of RTS or RPGs then it should be on yours to. EXOR Studios have a potential hit on their hands, and I can’t wait to get stuck into the full game when it launches.

Senior Content Editor Mick has been playing games for over 30 years and writing about them for around 12. After drifting from site to site for a while, settling briefly at the now-defunct Made2Game and freelancing for the gone-but-not-forgotten NintendoGamer Magazine, he came at last to rest at Godisageek. Mick has been a reviewer, staff writer and content editor here for some time, while also moonlighting a little for Red Bull Games. He has 4 kids, has written 2 novels, and sometimes even manages to pay a bill or two. You'll usually find him defending the galaxy in Destiny 2, battling evil in Diablo 3, or lurking in the background on Twitter. Find him there @Jedi_Beats_Tank, or on XBL (JediWaster247), PSN (Jedi_Waster) or Nintendo (JediWaster).
MORE LIKE THIS
EXOR StudiosThe Riftbreaker