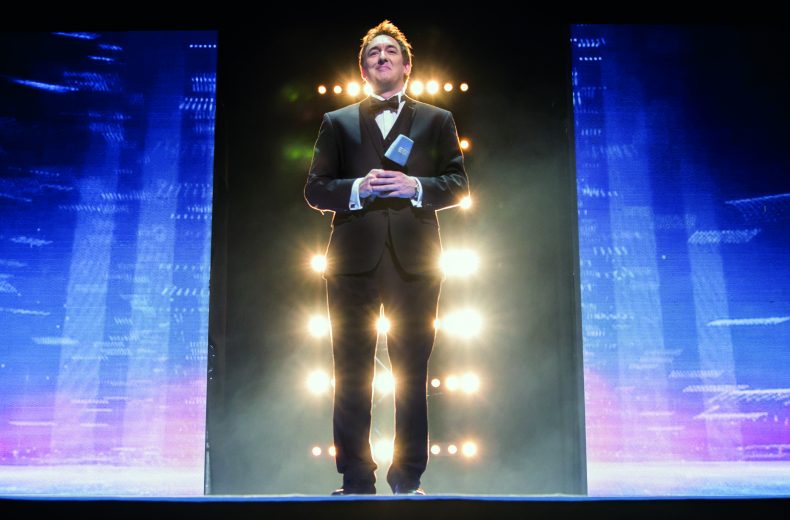 Esports is a growing industry that is enjoying a bit of a boom at the moment. With the rise of Twitch, fans are able to connect with their favourite esports athletes and team more easily than ever before. But it wasn’t always this way. Esports certainly hasn’t had an easy time of it over the years, and has probably been around longer than you think too. That’s what Paul Chaloner, the famous esports commentator hopes to put right in his new book This is esports (and How to Spell it). We caught up with Paul ahead of the book’s launch to dig a little deeper into the extraordinary world of esports, and find out a bit more about how the book came together.

The hardest part of any book is striking the right chord with your audience. And with a topic as broad as esports, there will always be a diverse audience with varying knowledge of what it is, including all its nuances and terminology. “Tricky” was how Paul described striking the right balance, discussing how he worked with his agent and co-writer Ben Sillis to bounce perspectives off of each other. “We constantly talked about different parts of the book in this sense to make sure that we appealed to those who were new, as a kind of primer to esports if you like, but didn’t insult the existing fans.”

By writing a book almost anyone can enjoy, Paul hopes to entice people with no prior knowledge of esports. “You could read this as someone with no exposure to esports and come away with a reasonable understanding and a healthy respect for the industry.” But at the same time, there’s lots here for esports fans, who are looking to learn a little more, with plenty of “behind the scenes and historical stuff.” to enjoy. Attendees sit in the stands during the League of Legends World Championship at the Staples Center in Los Angeles, California, U.S., on Saturday, Oct. 29, 2016. A professional video-game tournament at a sold-out Staples Center could go down as an early classic in the young sport of League of Legends competitions. Photographer: David Williams/Bloomberg via Getty Images

One of the nice additions to this book is the genuine feeling that Paul is incredibly passionate about the esports industry, and he weaves in his personal anecdotes in between factual historical content. Often these parts were Paul’s favourite to write. “The arcades, for example, was fascinating for me: for a time in the 80s I thought I was the king of the arcades on Brighton pier but I had absolutely no idea other players were going a step beyond that, setting world high score records and trying to monetise their achievements with national teams and tournaments.” It’s endearing to hear someone not just list out what esports is all about but express themselves in such a passionate way. But Paul is also quick to point out in his book the industry shortcomings and missteps too, with a refreshing level of honesty and humility. Often this is through a hopeful lens of how esports can move forward and continue to grow in its popularity and reach.

This is esports (and How to Spell it) is full of recounted esports’ defining moments. Magical, memorable occasions that made fans’ jaws drop. Some, you may be familiar with, such as the infamous “Daigo Parry” from Street Fighter III: 3rd Strike semifinal match held at Evolution Championship Series 2004. Paul however opts for another time, when recalling his favourite esports moment. “I’ll go with S1mple’s falling awp no-scope double kill – the equivalent of Gareth Bale’s overhead kick in a Champions League final.” But even Paul admits he “ends up choosing a different one every time.” Such is his passion for the industry he’s glad to be a part of.

You’ll notice the book title, not least the insistence on the correct spelling of esports. I know I’ve certainly been careful to get it right here. It’s something that Paul addresses directly in the book itself. He admits “I liked the cheeky subtitle so we stuck with it”, and that’s kind of the point. It’s in keeping with the easy-going tone of the book, as it seeks to inform, but in an informal way. There was plenty of second-guessing Paul explains, “We explored a lot of other options over the final few months before we eventually came all the way back to the original title.” Despite being in the esports industry for many years, even Paul admits to having learned a lot from writing this book. And as comes through in the text, it’s the individuals and those special events which bring the excitement. “Speaking to people from back in the day and listening to their stories was amazing…learning about the early days of competitive arcade players was a thrill and listening to people like Fatal1ty still able to recount minute detail of games he played 15 years ago was a privilege.” It has certainly been a labour of love, and one that Paul openly admits wouldn’t be possible without his co-writer Ben Sillis. “I had no idea how to do any of this when we started, no idea how the publishing world worked and I’ve learned an awful lot as we’ve gone through this process.” He goes on to say “In many ways, Ben is my perfect foil. He is calmer than me and helps ground me when I start going off on a creative journey. We argued a lot, but it was always very healthy and honestly, I am so glad to have met and worked with Ben; he’s much more a friend now than just someone I worked with on a book. There’s no way I could have gotten a book on esports written and published like this without Ben.”

Paul’s also keen to credit other people too, particularly those who’ve had an impact on esports in general. He concedes that so many people have supported the industry over the years and it’s “really tough to pick one person.” But when pushed, he said “I think its got to be someone who was there at the dawn of this new industry, worked to build it when few did and did so without any money and is still here NOW, so for me that would be Marcus “djWHEAT” Graham, now head of creator development at Twitch.”

With the book now available, Paul hopes it manages to resonate with those who take the time to read it, whatever their preconceptions. “For those who are critics, I hope they can read it and walk away having a healthy respect for esports anyway. That would be a huge win. For existing fans, if they can say they enjoyed it and learned something new, that would make me very happy.”

This is esports (and How to Spell it) is an interesting read, and explores lots of different aspects of the esports industry. It touches on what it’s like to be a pro gamer, the history of esports, how much you can earn, and even the role of female gamers in this growing sport. The varied content and personable style make it a very easy read for those interested in learning more about this booming industry.

This is esports (and How to Spell it): An Insider’s Guide to the World of Pro Gaming by Paul Chaloner is published by Bloomsbury Sport, £12.99. It is available to order in paperback, ebook and audiobook now.

Homefront Novel On The Way!

Gears of War: Anvil Gate Out Next Week