previous
The Wastelanders update could be the jolt of life Fallout 76 needs
random
next
Rogue Heroes: Ruins of Tasos is 90% Zelda and 10% added stuff (and it's great)
0 comments 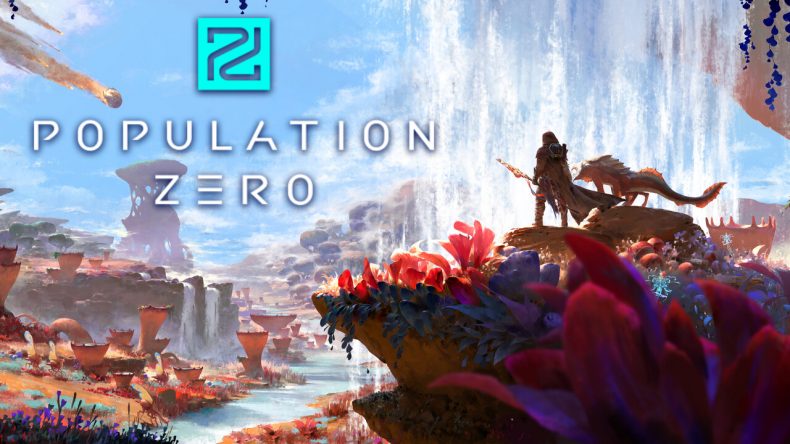 It was only after my third death at the hands of a very powerful enemy a few hundred yards from my starting position that I clicked what it wanted me to do. It wanted me to run away, basically, and survive – survive for a full seven days, 168 hours that click by whether I’m playing or not. After the seven days are up, the alien world upon which I’ve been stranded will “reset”, and I’ll wake up stronger and, perhaps, ready to face the brute who kept killing me.

This is the core conceit of Population Zero, an ARK-like MMO that sees you marooned on a distant world and struggling to repair a power reactor which, in turn, will activate your hibernation pod allowing you to survive the reset and begin again with a little more about you. It takes place on a world that spews procedurally generated monstrosities out at you like No Man’s Sky, as you attempt to scavenge what you need to fashion armour and weapons that will help you stay alive against alien beasties and, crucially, other players. Death plops you back at your faulty hibernation pod or, later ate various other locations, but won’t reset the cycle. Only time can do that, and time is an ever-present shadow looming large above you.

The constant presence of time does two interesting things. One: it almost forces you to log in every day and push on, knowing that even if you’re not in the game, the world is still evolving and the time is still running out; two: it lends Population Zero a sense of urgency and agency that is arguably lacking from games like ARK: Survival Evolved. You can’t just plod about the place hoping to avoid the wildlife, and you won’t be content to spend weeks building an army of dinosaur slaves with which to lay waste to all the noobs washed up on the beach. Instead, you’ll need to work hard towards a singular goal, growing stronger and more equipped as you go, but always with that one target in your mind. I’ll be honest, I struggled a little. It’s early access, and so aside the environments (which are very similar to No Man’s Sky in places and can be quite striking) the graphics do leave a little to be desired. Janky and imprecise animations can make combat a chore, while the whole experience is riddled with tiny bugs.

The melee combat isn’t a lot of fun initially, either, as the crude pipe you fight with is weak and clumsy. As with Ark, though, you’ll progress through inventions and projects as you become tougher and more powerful. Population Zero has a long way to go, but that’s the purpose of early access. Time will tell if the seven-day loop incentives play or leaves people cold, and whether or not the elements borrowed from games like No Man’s Sky pay dividends. Being compared to either ARK or Hello Games’ now-infamous odyssey could be both blessing and curse, but the groundwork is there for Enplex to take risks and reap the rewards going forwards.