“It’s at the forefront of our mission to bring the best parts of the original FarmVille, and more”: Interview with Sonja Ängeslevä, Project Lead on FarmVille 3 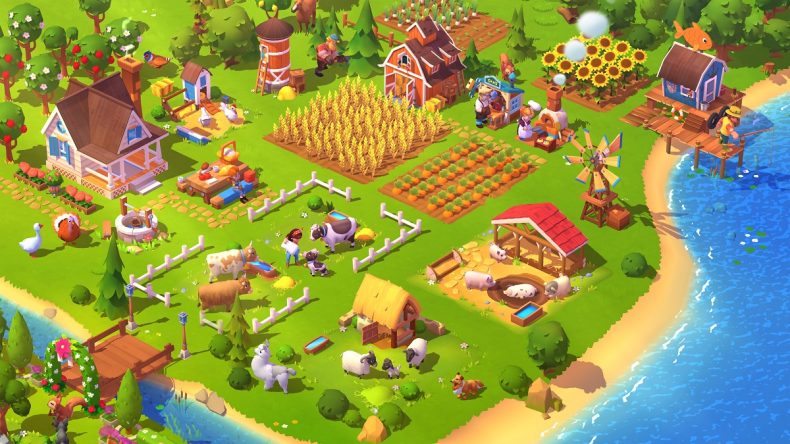 Back in 2009, FarmVille became one of the most played games of Facebook, and ever since the franchise has seen millions of people around the world log in to check on their farm. With its transition to mobile gaming, Zynga are one of the biggest and most popular companies out there, with games such as Merge Dragons!, Words With Friends 2, and the recently announced Harry Potter: Puzzles & Spells being just a selection of them. We had the opportunity to find out more about their upcoming sequel, FarmVille 3, thanks to Sonja Ängeslevä, Product Lead at Zynga and the person for running development on the game.

Since opening in 2017, how did the decision come about to leave FarmVille 3 in Helsinki Studios’ hands?

“As Helsinki is one of the world’s major hubs for mobile developers and top talent, Zynga has a lot of confidence in us to bring FarmVille 3 to the fans. I am also very fortunate to be working with some of the key talent that Finland has to offer who have incredible collective experience in builder games, and have successfully brought classic IPs to modern mobile gaming. Additionally, most of the team are big fans of the franchise and we consider it a  great honour to be working on the game today.”

What were the first steps you took in making FarmVille appeal to its audience in 2020?

“As the FarmVille franchise has already seen over 700 million game installs over the years to date, we made sure to listen to our fans to hear what they felt worked, and didn’t, in the previous games when it came to their gameplay experience. Based on this information we quickly learned what players value, and how to add new and exciting features to the game. This allowed us to focus on developing the key features within the game that will offer a mix of the old favourites, as well as new and exciting features that will elevate the gameplay for everyone.”

From a developer point of view, what were some of the challenges Helsinki had when making FarmVille 3?

“FarmVille is loved by such a vast number of players! Because of that, one of the key challenges was to make sure that we’re not only creating a game for new players but also that we’re creating something that will honour and entertain our existing players. We focused on creating fun experiences for players that are easy to learn and that remain engaging over an extended period of time.” What are some of your favourite features in FarmVille 3?

“We wanted to create a feeling of living and breathing farms. We’d like to think that the game looks and feels stunning with beautifully detailed 3D graphics and animations. A lot of the liveliness comes from the animals – which are a big focus in FarmVille 3. In the new game, players will be able to grow and nurture animals, and as their flock grows they will be able to unlock more breeds in their quest to improve their farms. It’s fun even just to watch how different animals roam around and how farmhands carry out their duties, or take a break in between tasks.”

Would you be able to explain to our readers a little about the game’s new features?

“Animals are the central focus of FarmVille 3. There are hundreds of different kinds of animals for players to collect. You can breed them to discover new and exciting species, and you have to nurture and care for baby animals through to adulthood. The game also has more exotic animals peacefully living side by side with more familiar farm animals. Exotic animals bring a new extension to the core gameplay.”

Would there be a chance to have FarmVille crossover events with games like Words With Friends 2?

“We listen to our players in order to provide engaging experiences for them. We are open to suggestions when it comes to connecting the world through games. However, there are currently no crossover plans in the near future with the Words With Friends franchise as our team is solely focused on making the FarmVille 3 experience the key focus for our players.”

Why do you think FarmVille has been so popular since releasing on Facebook all those years ago?

“FarmVille is one of our beloved franchises, not only because it’s synonymous with our company but also because of its cultural impact. We believe that the social aspect of the game was why it became such a big hit. Being able to participate in cooperative crafting jobs and trading goods in the farmer’s market were engaging and entertaining. Additionally, as our lives get busier, spending some time on a farm is a great way to relax. It’s at the forefront of our mission to bring the best parts of the original FarmVille, and more.”

Video games are cool. Don't let anybody tell you any different.
MORE LIKE THIS
Farmville 3Zynga