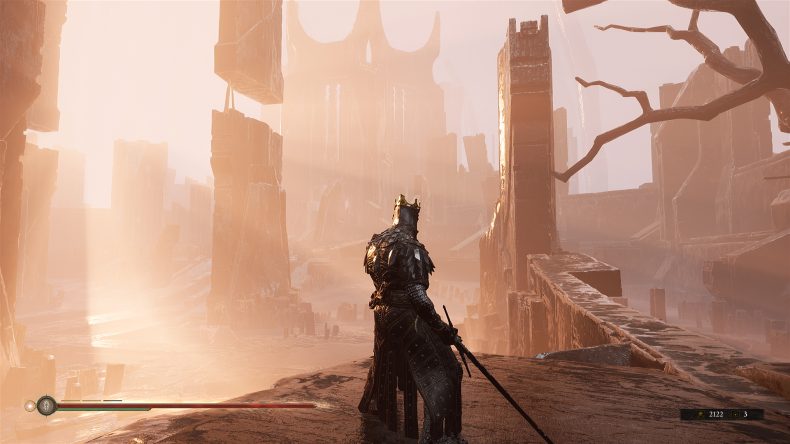 On Saturday at the PCGaming show, it was announced that anticipated action-RPG, Mortal Shell would ship exclusively on the Epic Games Store this year as a timed PC exclusive, along with simultaneous console releases on PS4 and Xbox One.

Mortal Shell is the product of a small indie-team of development veterans. The studio called Cold Symmetry was founded in 2017, and Mortal Shell will be its first release.

Speaking on the announcement the founders of Cold Symmetry had this to say: “The primary goals of our studio are to make Mortal Shell the best game it can be and to live another day and keep making awesome games in the future. Epic’s financial support, for a small studio like ours, was clearly going to help us achieve those goals so it was something we had to consider earnestly.”

As well as the announcement, the PCGaming Show also released a gameplay trailer, centred around one of the game’s four playable shells. Tiel is a complex character with innate agility and familiarity with poison. Judging by the video it looks like Mortal Shell will be a souls-like with an aesthetic very similar to that beloved series.

Mortal Shell is scheduled for a Q3 release and will be published by Playstack, with pre-orders now live on the Epic Games Store. You can find out more about Mortal Shell by following on Twitter, Facebook and Instagram.

Likes to shoot stuff and wear pretty shoes. Is a BEAST at Titanfall.
MORE LIKE THIS
Cold Symmetryepic games storeMortal Shellplaystack