previous
Meet the Makers of Planet Coaster: Console Edition
random
next
Listen to two unique versions of 'Through the Valley' from The Last of Us Part II
0 comments

The Waylanders puts a Celtic spin on party-based ARPGs 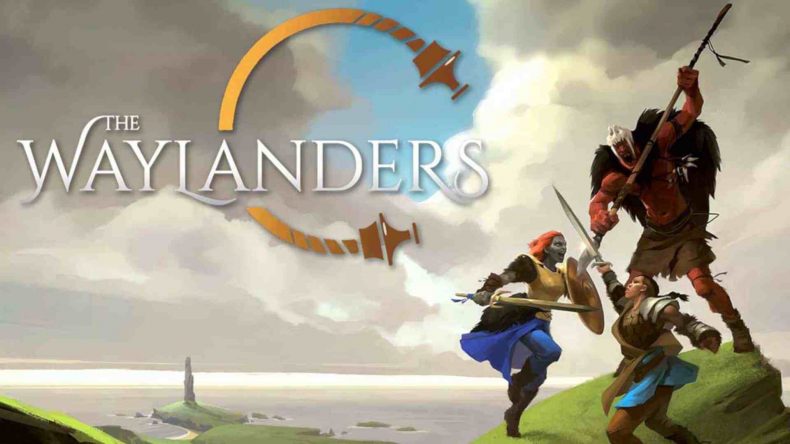 It’s a common occurrence these days to see a game begin its life as a Kickstarter campaign and then move into Early Access at a later date, so that the developer can get a feel not only for what their customers want, but what their game needs in order to truly succeed. A successful crowdfunding campaign is only the first leg of a long journey, and while all manner of genres, whether multiplayer or single player, have begun to follow similar paths, the ones that benefit the most are undoubtedly RPGs. Often huge, complex beasts, RPGs require heavy testing of systems, mechanics, and environments to ensure that a delicate balance is achieved and maintained.

The Waylanders, from GATO Studios, is one such beast. Based heavily on Celtic mythology, it’s an action RPG with a unique battle system, gorgeous, chunky visuals and a rich cast of characters. It juggles terms and ideas oddly absent from video games but which students of Celtic folklore will recognise: the Tuatha deDannan, Formorian giants, Taliesin… It’s a lore base ripe with stories and legends, heroes and monsters, that rarely sees much attention.

Your protagonist, who can be of human or non-human descent, male, female or non-binary, and skilled in one of a handful of classes, begins the game – or what we’ve seen of it – aboard a ship carrying the King and his son across the sea with a group of lofty legends who will form your initial party. The gameplay is somewhere between Dragon Age: Origins and Kingdoms of Amalur, with actions to queue up and execute or trigger in real time. As is par for the course, different classes have different skills and abilities to unlock. Interestingly one of the selectable races is “Werewolf”, which in this mythology don’t transform at a full moon but instead exhibit lupine characteristics at all times. A little more colourful than elves and dwarves and halflings for the hundredth time.

What makes The Waylanders feel special and unique is the Formation system. It often throws a high number of enemies at you at a given time and you can be easily overwhelmed. Your party will get back up after an encounter, but if you get knocked out, you’ll need to reload a save. To mitigate this, you can select certain party members (at first you don’t have the ability, but Taliesin does) and trigger a formation, whereby everyone links together to attack and defend as one. This opens up new skills and abilities to deal extra damage and defend against stronger attacks, but it doesn’t last all that long so choosing when to activate it can be a tactical decision.

Druids and sorcerers can summon some impressive attacks, while warriors dish out higher melee damage and formations triggered by rangers and archers excel in ranged combat. At present the system feels a little fiddly – indeed there are bugs everywhere, and quite often the story skips chunks of plot which will be filled in later.

If anything I found some of the mechanics to be a little difficult to get to grips with. Because you’re working at ground level as default instead of the classic isometric viewpoint, and due to the way the characters move, it’s easy to forget this isn’t a hack and slash game, and I kept pausing the action instead of using an ability, and more than once I died because I couldn’t immediately remember how to activate a formation or use a potion. There’s a great deal of work to be done, for sure, but the potential is certainly there.

At this point all the issues are standard for developing a game of this scope and ambition, and what dialogue and cutscenes exist at this point are intriguing. The characters are well-written, the script feels mature and certainly deals with mature themes in a reverent way while also showing characters who act, well, human, even if they’re not. The main cast are an arrogant, highly skilled bunch, and watching them learn to take your lead will be interesting.

At the moment The Waylanders is very much an early access game, with placeholder assets in some areas, but it already looks beautiful and shows massive promise in terms of story and gameplay. The battle system is clever, and the Formations add a genuinely fresh angle to the combat and tactics. There’s a long way to go until the game is released, so I’m confident The Waylanders will be something special when that time comes.

Senior Content Editor Mick has been playing games for over 30 years and writing about them for around 12. After drifting from site to site for a while, settling briefly at the now-defunct Made2Game and freelancing for the gone-but-not-forgotten NintendoGamer Magazine, he came at last to rest at Godisageek. Mick has been a reviewer, staff writer and content editor here for some time, while also moonlighting a little for Red Bull Games. He has 4 kids, has written 2 novels, and sometimes even manages to pay a bill or two. You'll usually find him defending the galaxy in Destiny 2, battling evil in Diablo 3, or lurking in the background on Twitter. Find him there @Jedi_Beats_Tank, or on XBL (JediWaster247), PSN (Jedi_Waster) or Nintendo (JediWaster).
MORE LIKE THIS
PreviewThe waylanders