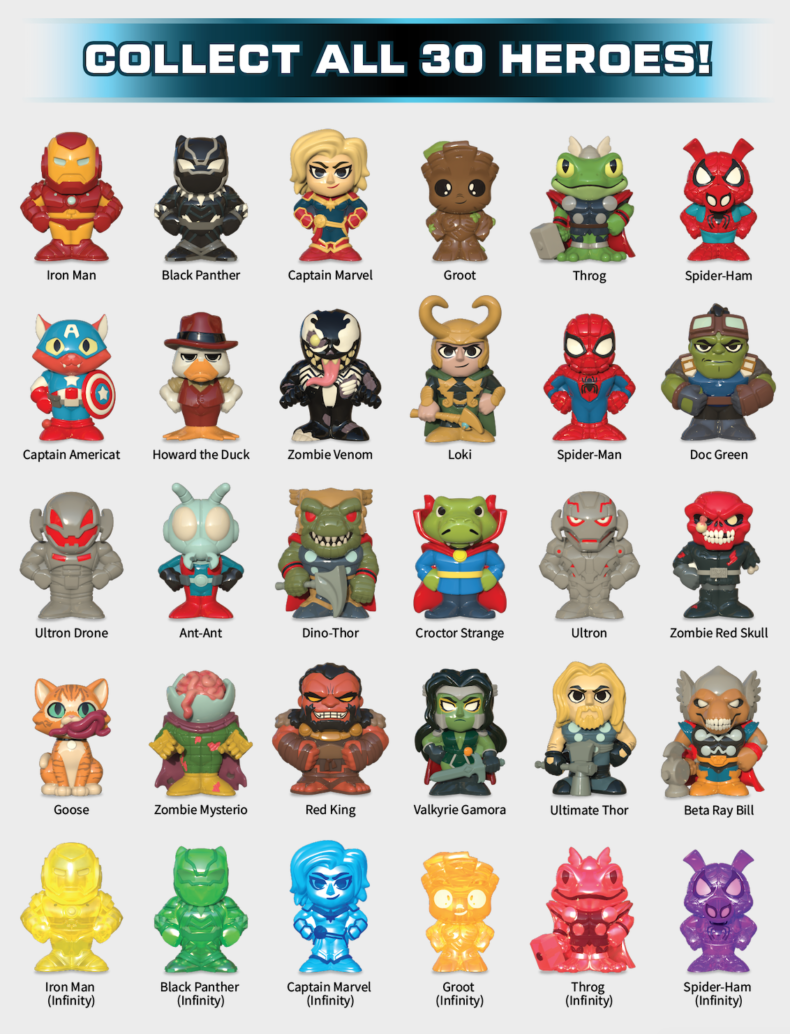 You probably associate the name Funko with vinyl figures with big eyes, but now they’re moving into the tabletop gaming space. This August Marvel and Funko team up to launch Marvel Battleworld: Mystery of the Thanostones.

The new adventure game, based on the Marvel Universe, combines micro collectible characters, cards and gaming, allowing kids to battle against Thanos in gameplay unleashed through a Battle Ball. Each Battle Ball contains a surprise of two Marvel collectable characters, Hero Cards, Battle Cards and pair of dice, all for a highly accessible price point. Players can collect Marvel micro heroes ranging from icons like Iron Man, Captain Marvel and Groot, as well as characters like Valkyrie Gamora and Throg.”

I really like the idea of being able to play the game with only one purchase of a random pack. There are no details on how the game will play (outside of the inclusion of 2 dice) but I’m definitely interested in giving it a try this August while waiting for the new Avengers video game. I just hope I can find a Croctor Strange figure.