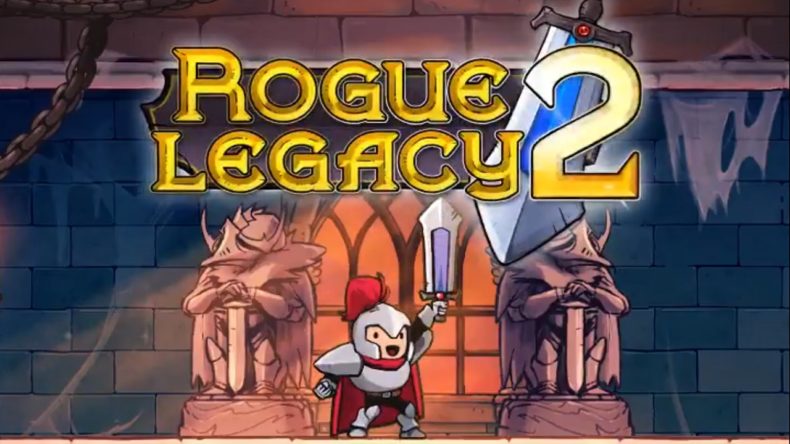 Rogue Legacy was a surprise for me when I ventured into it back in February 2015, courtesy of the PS Plus. At first, I was frustrated at my numerous quick deaths as I got to grips with its controls and almost unforgiving enemy attacks. But as I played more, it began to click; every death was progress, as I spent coins I’d collected on permanent upgrades. Each new venture into its procedurally-generated dungeons was from a slightly stronger perspective, both in terms of stats and my own experience. I progressed, I learned, and eventually, I overcame its challenge. It was a fun experience, and Cellar Door Games had created a surprise hit that I had a lot of fun with.

Fast-forward over half a decade, and here we are with Rogue Legacy 2, albeit in Early Access form. The fun rogue-lite is back, and right from the start things feel very familiar. After a quick tutorial mission, you’re dumped into incredibly familiar territory as you enter a castle looking to uncover the mysteries within. Survival is still the order of the day, with combat on the face of it largely unchanged from its predecessor. Swipes of a sword damage enemies, traps look to hinder your progress, and chests and furniture hide coins for you to spend after your inevitable death. Said coins are spent on upgrades for permanent upgrades like health or attack or to open up options such as The Blacksmith. 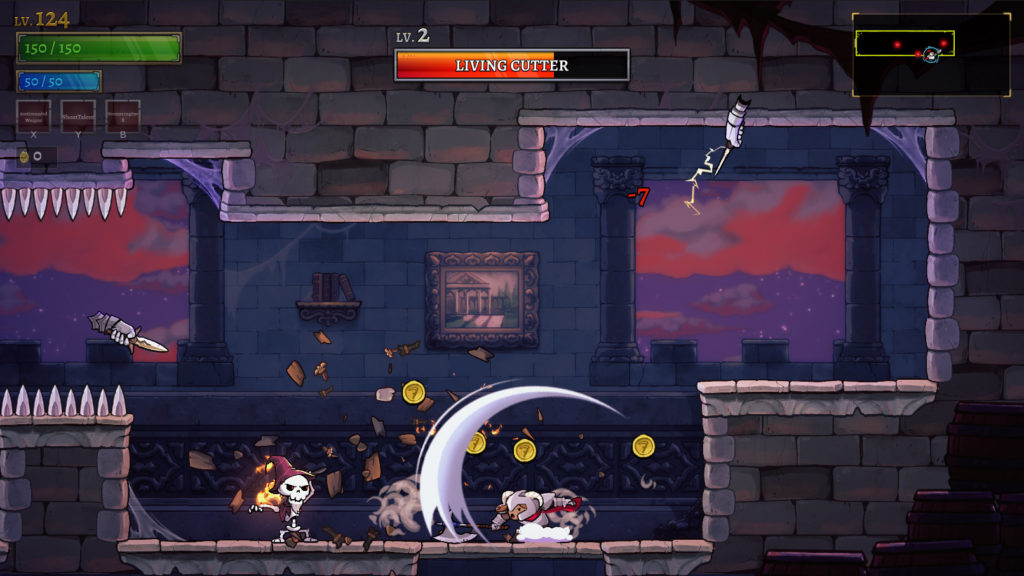 Whilst veterans will almost be on autopilot so far, with things feeling so eerily similar, it’s worth noting the changes. Rogue Legacy 2 looks great for starters, swapping the pixelated look for an almost cartoony style that still manages to capture the feel of those original old-school character models. The lighting is also lovely, with lamps emitting dull hues… before you smash them for coins at least. There’s also much more detail with much more going on in the background to create a more lived-in castle experience than the original.

It also feels like there is more focus on verticality than the first title. Whereas in Rogue Legacy, you could perform a down attack to make certain platforms appear, this has been replaced with a spinning jump that can be performed off certain lamps and obstacles. This creates more flow to your movement compared to the original. With this new move and the ability to jump on torches, you can now reach higher than before and that’s clearly been considered in certain rooms with treasure hidden higher up for those willing to venture upwards. There are now also teleporters that whiz you around the room at incredible speed, which adds a lot of new potential to the random rooms and how they are traversed safely. 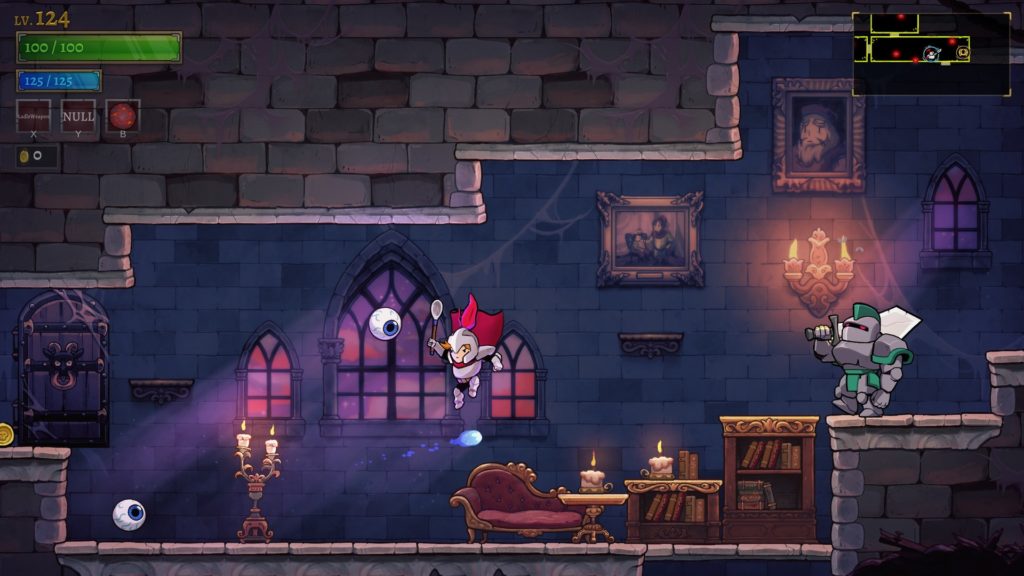 The now trusty rogue-like sideways dash move is back, but this time around it really feels like you have to earn it. You have to complete a trial which feels significantly tougher than the standard random Castle rooms. But the payoff in getting the dash is welcome, and the pride of overcoming the challenge is great too. To combat the difficulty spikes, there is a new recovery move, that allows you a recovery jump every time you take damage. It means should you get hit by an enemy or a trap, you have control over the direction you leap to safety. It feels like a sensible move on from the standard fall-back animation and gives you much more control.

In terms of variety, Rogue Legacy was famous for how each adventure felt unique, and not just because of the randomly-generated environments. You’d also be able to pick your next character from a selection of three, and the same is true in the sequel. There are different classes in Rogue Legacy 2 – four of which are available in Early Access. Characters would also have unique, often quirky traits such as being gigantic or having poor eyesight, each of which affects how your character plays. The classes available (Knight, Archer, Mage, and Barbarian) all feel very different to play as, offering genuinely different options to tackle the castle’s traps and enemies. Whilst there was variety in Rogue Legacy’s classes, in Rogue Legacy 2, they feel even more diverse, which bodes well for when the roster increases.

And it isn’t just the current class roster which is restricted right now in Early Access. Other upgrade options you can invest in are also locked behind a patch penned for October. It also seems that Boss battles can’t be accessed yet, either, even if you make it to their doors. So for now, your options are to see how far you can progress, banking the coins to unlock what you can. It’s certainly a fun experience to do just that, and definitely has that addictive “Rogue Legacy feel” to it – that “just one more go” vibe. But I did find my enthusiasm waning once the main classes and upgrades were unlocked, and there was less to play for.

Rogue Legacy 2 is pure fun, with all the smooth, fluid, combat, and humour you found in the original. This sequel has a few new ideas that offer genuine options and real variety in your gameplay. The visual overhaul gives it the spruce up it deserves, and affords it to be even more outlandish with its ideas and execution. It has the potential to be an incredibly worthy successor to the beloved original, improving on a classic, but it’s fair to say Rogue Legacy 2 in Early Access is just that. And the current content restrictions could put some people off for a while until more of the game is pulled together.