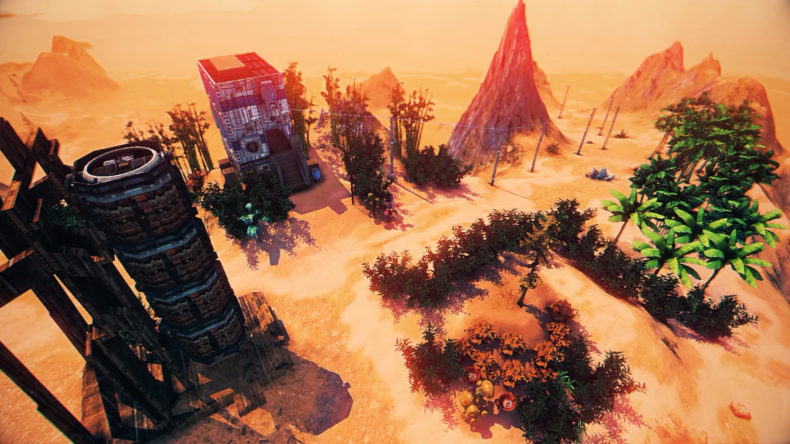 One genre that never really seems to go away or diminish in popularity is 4X strategy. It would appear that gamers simply can’t get enough of playing god, whether building sprawling cosmic dynasties or steering a fledgling empire to untold greatness. What’s quite rare to see, though, is a real innovation in this area. I’m not suggesting that the genre has become stale; I’m simply pointing out that most of the conventions found within these games are well-established. If it ain’t broke, don’t take it back to the drawing board and completely overhaul it, as they say.

As with many other genres, the ones most willing to take big risks are the indie developers, those not relying on legions of fans to run out and grab the latest copy of Lord of Empires XII: This Time it’s Personal. The humble indie dev has no one to pander to, and is therefore usually more willing to try something that might not work. Which brings us to Ragnorium, a new sci-fi rogue-lite strategy game that recently entered into Early Access on Steam.

Ragnorium puts you in command of a fledgling colony of clones, a ready-made civilisation starter kit to be deployed like a “just add water” mix to some distant alien world. Every aspect of each colony is under your control, but like any other rogue-lite, a single failure in the face of many, many dangers will see you going right back to the start with only a handful of unlocks and achievements to your name. 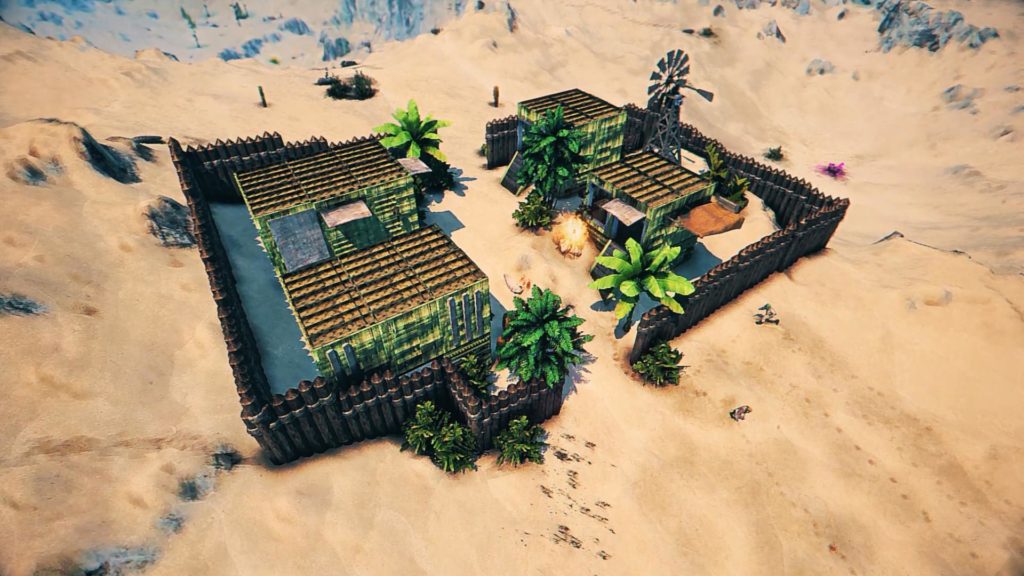 Initially, you must build and name your colony ship, assigning four compartments for cargo and clones. Even deciding this has a part to play, as storage space is finite: you could launch four clones with no supplies, which would give you a higher rate of resource gathering once planetside, or just two clones but with two lots of cargo which will make their first few days easier.

Once you reach your procedurally generated destination, you can select a landing spot and deploy your cargo. Your clones will land unconscious and must be woken up and immediately set to work. At this point, it brings survival elements into play, as you must build a fire, gather materials and construct a shelter, research and craft clothing, weapons, medical supplies, and various workbenches. The clones will need somewhere to sleep, to sit, a means to purify their water, cook meat, and store goods they’ve foraged. From the moment you wake them up, Ragnorium is an onslaught of busywork.

Your clones will complain that they’re naked, then that they need shoes, and keeping them happy is integral to keeping them working. Before long you can assign research projects, which will mean either completing jobs in the small settlement you’re creating, or sending your clones out into dangerous alien territory to research ancient sites, local wildlife, indigenous civilisations, or anomalies. They’ll unlock skill points that convey permanent buffs like, for example, higher intelligence or physical resilience, and specific clones will learn specific roles, giving them a higher position in your hierarchy. 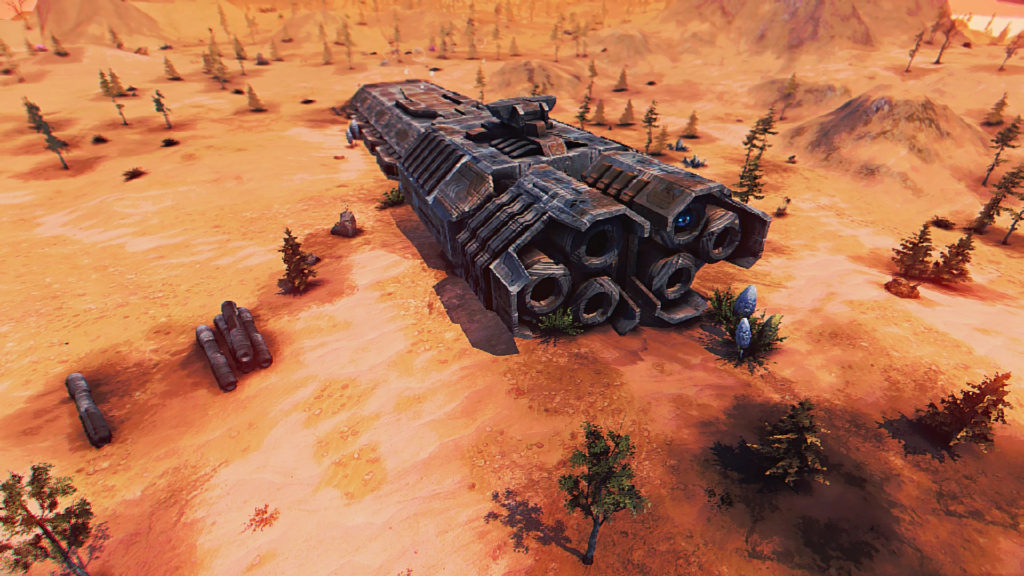 The thing is, each of these worlds you’ll attempt to colonise is incredibly hostile. From giant worms and killer alien bears to primitive tribes, disease, inclement weather, and simple rigours like starvation and dehydration, keeping your clones alive can be very difficult. And often I reached a point where I started to feel a little comfortable when, boom, a nearby tribe would decide to rock up and murder everyone in their sleep, or a giant bear would rip through the camp and eat my people.

If you can survive long enough you can call in more clones and more supplies; you’ll research weapons and defences, and soon have a crew of designated hard-asses to go out and do all your exploring. You may have a clone with a high food preparation skill, or one who can craft quicker. They all have names and elements of personality, and each can be individually outfitted and sculpted with skill points and experiences.

Ragnorium is an interesting title. As much a resource-gathering survival game as it is a rogue-lite RPG and a 4X strategy game, the amount of ideas baked in the apparent willingness to take risks and try new things marks it out as one to keep an eye on. I’m not overly keen on the art style, if I’m brutally honest. The aesthetic makes it feel like you’re watching everything through a monitor buzzing with static, which may well be intentional, but doesn’t look great. The UI is also impossibly busy, with boxes all over the screen obscuring half the action, and tightly packed info in various colours that is difficult to understand at a glance. Colours are washed out, the animation is clunky, and the clones have really weird faces. Also, the male clones walk around with great big todgers that just made me feel inadequate. 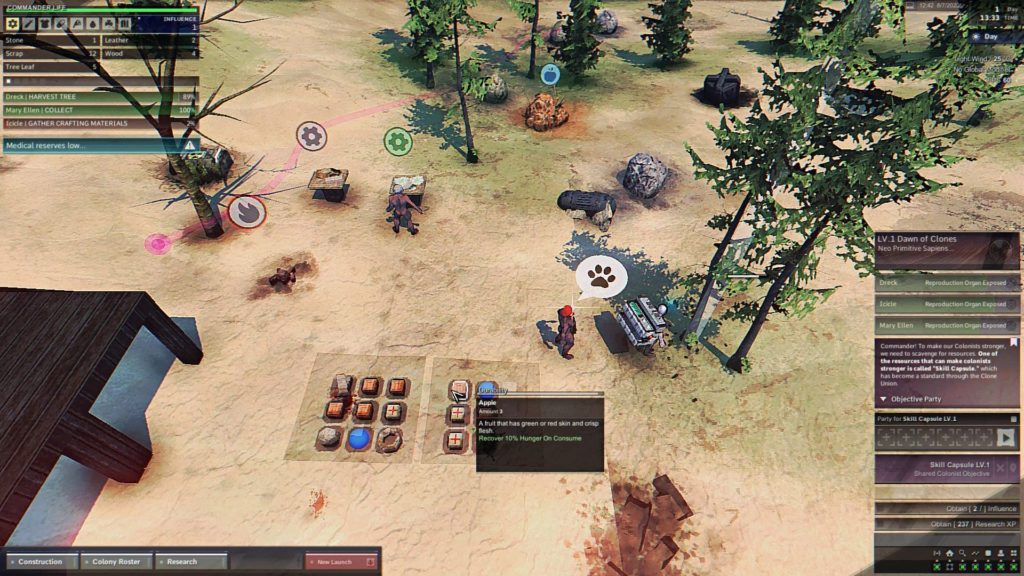 My insecurities notwithstanding, Ragnorium has massive potential. Having only dabbled with its Early Access incarnation it’s hard to tell exactly how deep the rabbit hole goes in terms of researching technology and developing each colony, as often my attempts were cut short by the harsh realities of life on an alien world, but there’s scope here for a very deep and emergent experience. The AI needs a tweak here and there, though, as clones can be disobedient or can simply take an age to get moving when they’re given a task.

Graphically, Ragnorium could use some work, and the AI and UI need attention, but this is early access after all, and the gameplay I’ve seen so far is a solid foundation for things to come.

Senior Content Editor Mick has been playing games for over 30 years and writing about them for around 12. After drifting from site to site for a while, settling briefly at the now-defunct Made2Game and freelancing for the gone-but-not-forgotten NintendoGamer Magazine, he came at last to rest at Godisageek. Mick has been a reviewer, staff writer and content editor here for some time, while also moonlighting a little for Red Bull Games. He has 4 kids, has written 2 novels, and sometimes even manages to pay a bill or two. You'll usually find him defending the galaxy in Destiny 2, battling evil in Diablo 3, or lurking in the background on Twitter. Find him there @Jedi_Beats_Tank, or on XBL (JediWaster247), PSN (Jedi_Waster) or Nintendo (JediWaster).
MORE LIKE THIS
Devolver Digital