previous
Bakugan: Champions of Vestroia could be a must play title for fans of the series
random
next
Mandalorian content comes to Star Wars Squadrons tomorrow
0 comments 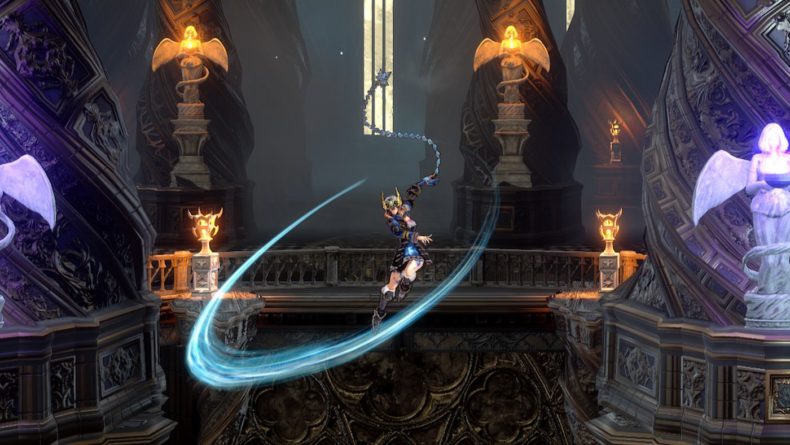 NetEase Games and ArtPlay have announced today that the critically acclaimed action roleplaying adventure Bloodstained: Ritual of the Night is being developed for mobile.

Bloodstained: Ritual of the Night is a side-scrolling metroidvania with ARPG elements. It is produced by Koji Igarashi. The core gameplay allows players to improve their character in a number of different and unique ways by utilising different shards in game.

The mobile version will feature all the action, gameplay and content that the console versions have with no compromises on visual quality of gameplay fidelity. It will feature over 120 unique mobs and bosses to defeat as well as a giant Gothic castle to explore packed full of surprises and challenges for players.

For this mobile version, NetEase Games and ArtPlay have taken the opportunity to implement new features and improvements that will be unique to the mobile version. The UI and the 108 different shard icons have been fully redesigned to give players the best possible experience. Weapons and combos have also been adapted to let players customise their fighting style to suit their play style, even without a controller.

Bloodstained: Ritual of the Night for mobile will include all console DLC, and will launch globally by NetEase Games as a premium title on iOS and Android. There is no release date as yet, but players can keep up to date via the official Facebook page.

Likes to shoot stuff and wear pretty shoes. Is a BEAST at Titanfall.
MORE LIKE THIS
ARPGArtPlayBloodstained: Ritual of the Nightmobile