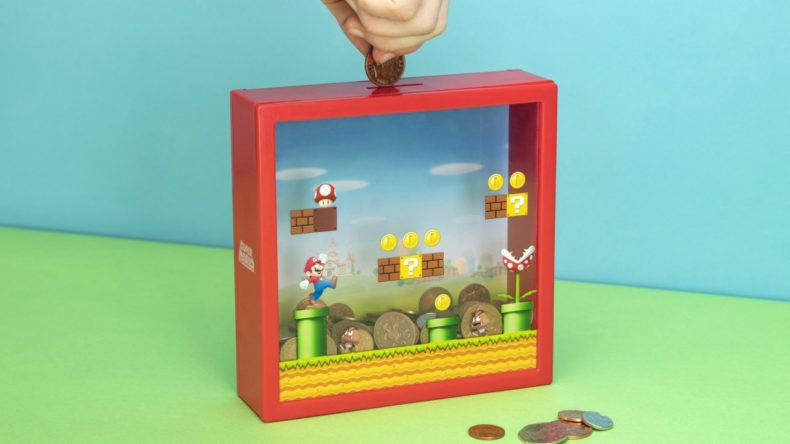 I can’t remember a time when Mario wasn’t popular. Ever since the heady days of the NES (and before, if you’re old enough to remember the era of classic coin-op arcades), he’s been a household name – well, at least in my households. I love him, my siblings love him, and now my kids love him too. With the recent release of Mario 35 (an almost battle royale-like, Mario Bros-flavoured take on the Tetris 99 formula) and Super Mario 3D All-Stars, he’s just as present as he ever was, along with his brother Luigi, love interest Peach and the ever-loyal Toad and Yoshi.

As we move towards the Christmas period, our kids (and partners, let’s be honest) are thinking about writing those ever-growing wishlists, and it just so happens that we have a perfect, Mario-themed gift guide to help you out thanks to online retailer Lost Universe. The following few items would make great stocking fillers for kids and adults alike.

To be perfectly honest, in my house something like this is considered a dad purchase, not a kid purchase, but it’s ideal for either. Big enough for school supplies, lunch, daycare stuff if you’re out and about with a young child, or even carrying your Nintendo Switch. It comes in a variety of sizes, and while I’d have preferred a more considered pattern placement, it’s still pretty cool. The average retail price is around £25, which is not bad for a branded backpack – and it can be picked up at most retailers online. 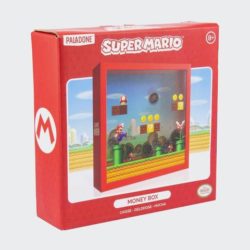 It’s not easy to get kids (or gamers) to save their money at the best of times, especially around Christmas and when a lot of people are still working from home and surrounded by temptation. This cute little Mario moneybox is a great way to look after your pennies, the layered 3D images on the inside capturing the colour and charm of Mario’s world. It’s an official Nintendo product too, so build quality isn’t an issue – and it’s made from environmentally friendly BDP (that’s “breakdown plastic”, which will decompose in a landfill). For around £15, it’s pretty, useful, and won’t look out of place among your gaming collection.

Almost everything in the Mario universe is iconic in some way, but few things are on quite the same level as the mushrooms. Able to imbue the characters with some pretty useful powers as well as being, well, part of the team (seriously, how many times do you think someone has accidentally bitten Toad’s head?). This cool little desk light doesn’t take up too much room, and makes a power-up noise when you turn it on. Doubles pretty well as a night-light too, if you have young kids. You can usually pick one up for between £10 and £15 online.

So there you go, a few handy little items to fill your family’s stockings this Christmas.

Senior Content Editor Mick has been playing games for over 30 years and writing about them for around 12. After drifting from site to site for a while, settling briefly at the now-defunct Made2Game and freelancing for the gone-but-not-forgotten NintendoGamer Magazine, he came at last to rest at Godisageek. Mick has been a reviewer, staff writer and content editor here for some time, while also moonlighting a little for Red Bull Games. He has 4 kids, has written 2 novels, and sometimes even manages to pay a bill or two. You'll usually find him defending the galaxy in Destiny 2, battling evil in Diablo 3, or lurking in the background on Twitter. Find him there @Jedi_Beats_Tank, or on XBL (JediWaster247), PSN (Jedi_Waster) or Nintendo (JediWaster).
MORE LIKE THIS
gift guideLost Universenintendosuper mario bros