previous
Apple reveals the best Apps of the year with its Best of 2020 Winners
random
next
New Wolcen: Lords of Mayhem update Chronicle I: Bloodtrail is out today
0 comments

Multiplayer game Spellbreak to get story-driven content update in December 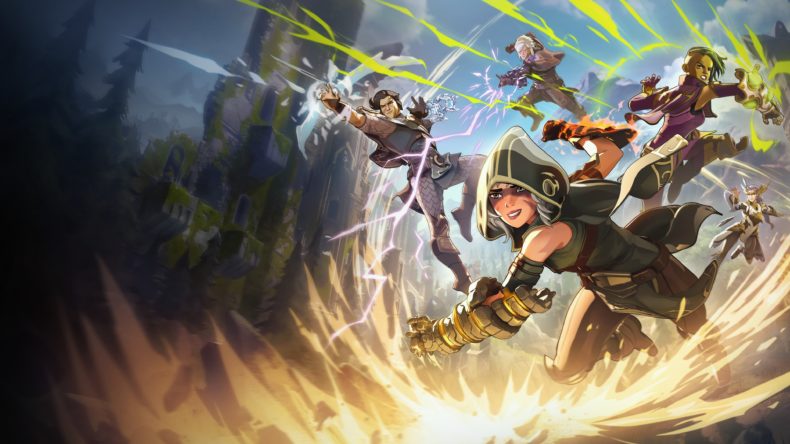 Award-winning independent studio Proletariat has announced that Chapter 1: The Spellstorm update will deliver story-driven content for Spellbreak and will release on December 15.

Spellbreak is a multiplayer action-spellcasting game, and in addition to the new story-driven update, December 15 will also see the game officially launch on Steam.

Speaking on the announcement Seth Sivak, CEO of Proletariat had this to say: “Chapter 1: The Spellstorm is really the launching pad for a truly innovative Battle Royale experience that blends together storytelling and gameplay.” He continues, “Not only are players going to get a fun way to experience more of the Spellbreak universe but also weeks of engaging content complete with some awesome rewards.”

The Spellbreak story driven content update will see players taking part in story-driven quests over the course of 12 weeks, designed to weave themselves into the core gameplay of Spellbreak. The aim is to create a unique action and narrative-driven experience. Over the course of the storyline, players will meet three new NPC characters and watch as the game world changes from week to week.

Spellbreak will release on PC via Steam on December 15, it is also available on Nintendo Switch, PlayStation 4, and Xbox One and Microsoft Windows for PC.

Likes to shoot stuff and wear pretty shoes. Is a BEAST at Titanfall.
MORE LIKE THIS
Spellbreak