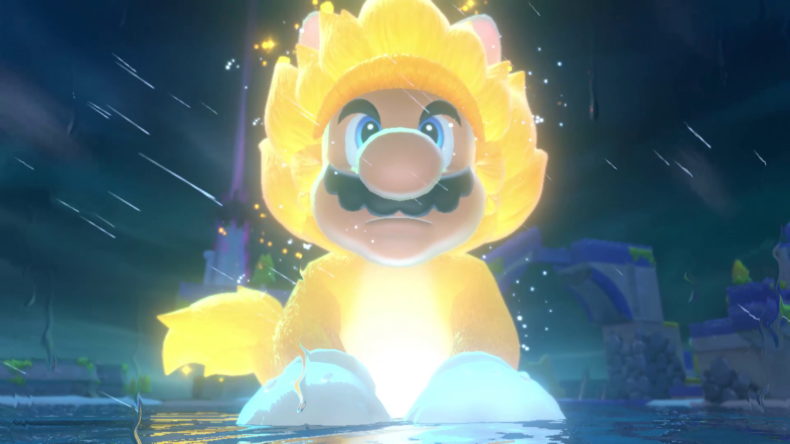 It’s a strange thing to preview a game that I reviewed in 2013. Yet, in many ways, so much of how I felt then is true of how Super Mario 3D World + Bowser’s Fury makes me feel today. Back in 2013 we were in a new generation of gaming, with the PS4 and Xbox One reviews just under my belt, yet here was Nintendo giving me more of what we all love, and they’ve done it again. I’ve just reviewed and played everything the PlayStation 5 and Xbox Series X have to offer, and indeed, at the time of writing, I’ve just played through the excellent Hitman 3, yet somehow Mario is all I can think about: the joy, the colour, the unconditional warmth it provides.

Within the first few worlds of Super Mario 3D World, you’ll have experienced multiple new power-ups, Captain Toad levels, and an absurd level of cutesiness. This is highlighted by Mario literally doing a meow line when completing a level equipped with the Cat Suit, and I can’t help but think of Charles Martinet in a voiceover booth somewhere doing this and saying “you’re sure this isn’t too far?”.

Truth be told, I know why you’re here, and it’s Bowser’s Fury. A standalone adventure that has Mario and AI (or offline co-op if you prefer) Bowser Jr. trying to stop Fury Bowser from, well, wreaking havoc due to his sheer size and anger at the world. I guess we’re all Bowser now. Anyway, the opening portion of Bowser’s Fury suggests an entirely open adventure, akin to the world’s within Super Mario Odyssey. You approach a level freely and the adventure for that area begins. Collect a Cat Shine and it’ll open up some of the world, or fend off Fury Bowser if he’s appeared. 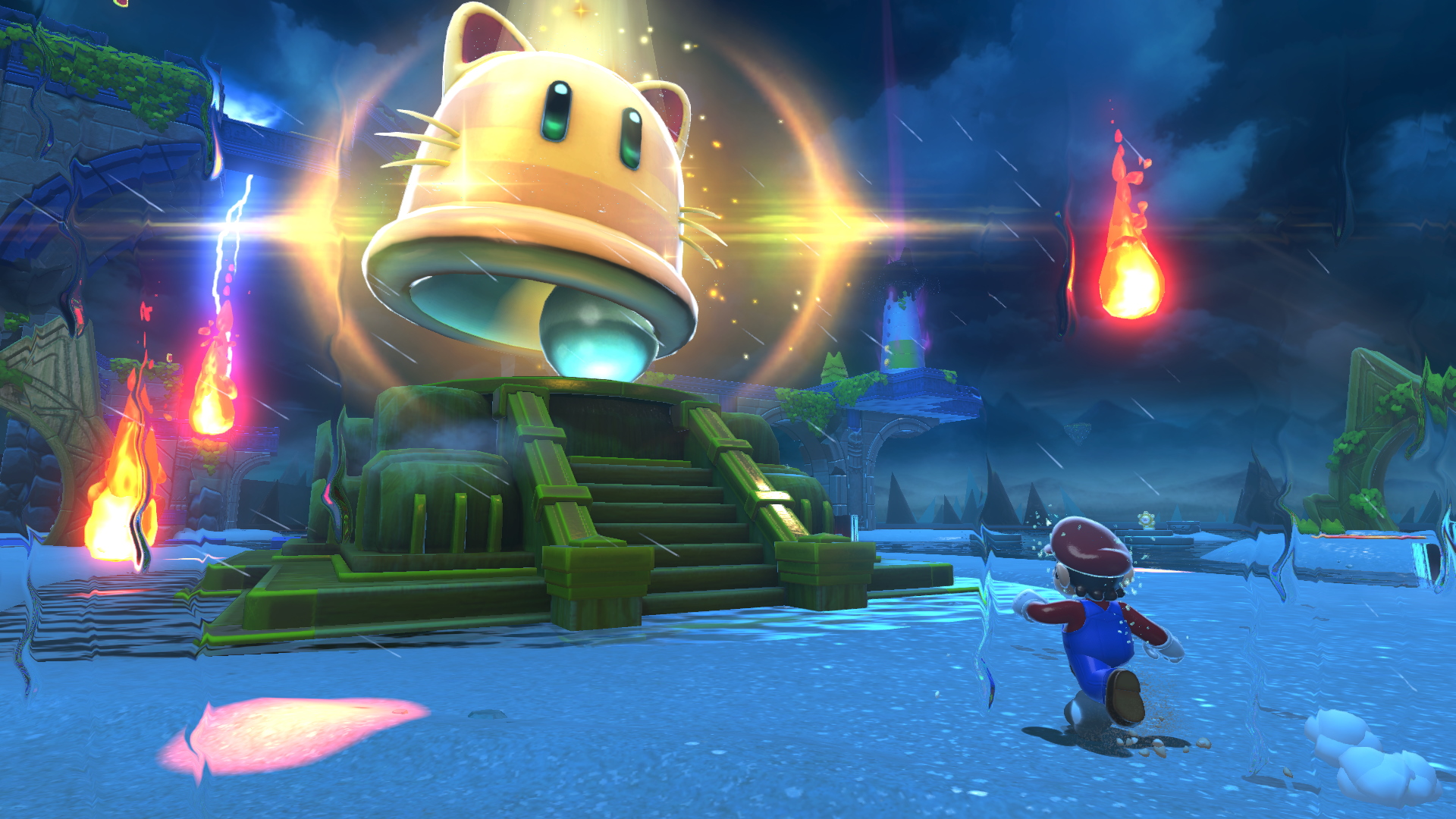 And appear he does. You can see him slowly rise from the Mario Sunshine like black-tar like substance in the distance, and he’s enormous. Slumbering in his shell he rises from the gunk and hovers in the air, your controller will vibrate to inform you something is amiss. He will rise higher and then it will begin to rain, slowly but surely he will breach the skies until… BOOM, the skies will crack with thunder, the metal music will start, and Bowser will be after you.

His attacks are huge, but not without use. He may throw fury blocks at you, creating new ways to platform, or importantly, hide from his flames that will engulf you and do damage, or if you’re not powered-up, kill you. The idea is to either get a Cat Shine to scare him away with the light, escape, or survive long enough for him to disappear back to his slumber. But he will be back.

Fury Bowser does seem to be based on a timer, but at this early stage I wouldn’t like to say for sure, and his arrival is scary. Or scary for a Nintendo game, at least. He’s huge and menacing, and you do get to battle him properly via the Giga Super Bell power-up, new to Bowser’s Fury. This, as you’ll have no doubt seen in the trailers, turns Mario into Giga Cat Mario for the fight, but we’ll talk more about that another time. 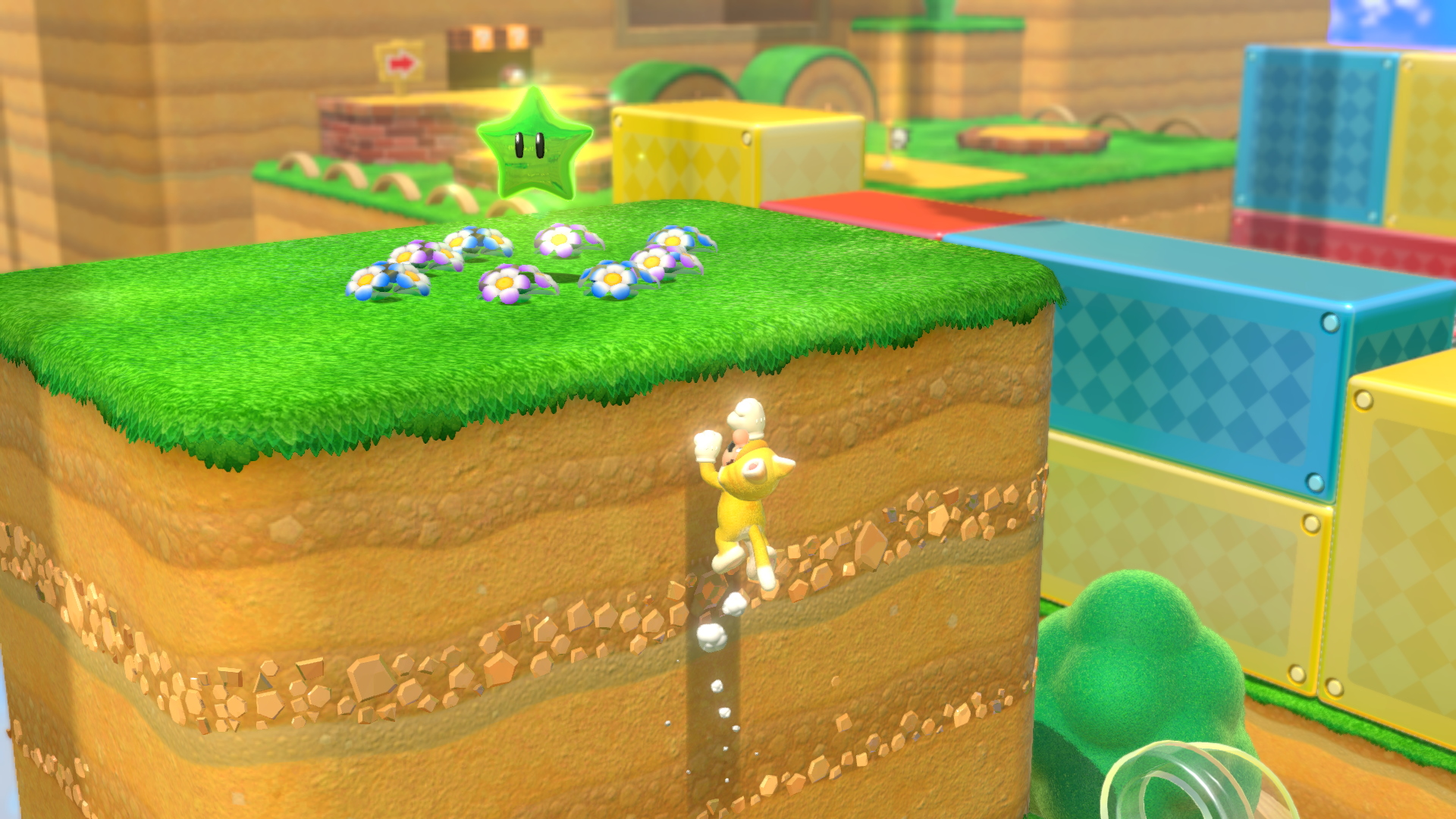 Bowser’s Fury already seems larger than I was expecting it to be, and playing it myself it’s no less strange than the marketing made it look, but like Super Mario 3D World, Mario himself plays tighter, and it’s a faster moving game than most of the series. Bankable power-ups that you can access to change your skill set at any time suggest Nintendo is trying something new here, and perhaps even signalling the future of the series, but based on the short time I’ve spent with it, we’ll have to wait and see how that plays out for now.

I do want to just jog the memory of those who played Super Mario 3D World back on Wii U, though. There’s so many moments in the early stages of this game that are surprising and memorable, but the passage of time and the fact it’s been over seven years means many will have actually forgotten how good the opening few worlds are. Even in World 1 you’ll get to experience Captain Toad, Cat Mario, and just so much more.

It’ll be interesting to see how Bowser’s Fury continues, and indeed, how the game playing public at large takes this re-release. Super Mario 3D World was without question one of the best Wii U games, and it’s actually a shock it’s taken so long to bring it home to Nintendo Switch. With a bit of luck as I play through the rest of what it has to offer, I’ll continue to be wowed as I was back in 2013.