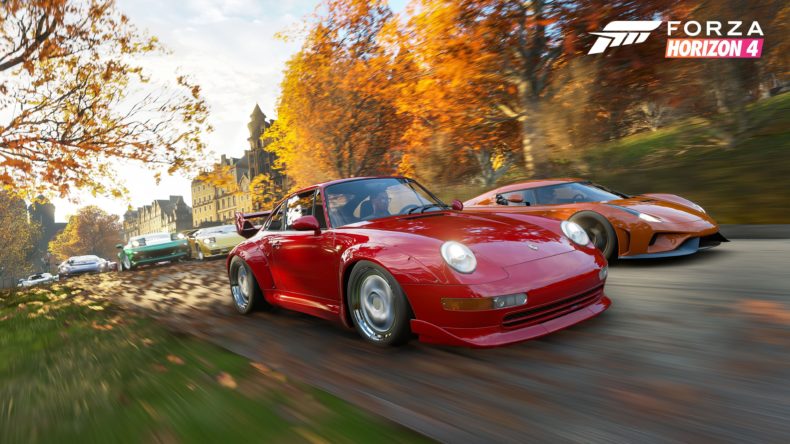 PC racing fans have something huge to look forward to, when Forza Horizon 4 comes to Steam this March. The incredible open world racing game will be on Steam for the first time in the series history, and if you haven’t played a Forza game before you’re in for a treat!

“For the first time, the Forza franchise is headed to Steam with the award-winning Forza Horizon 4 on March 9 Players have been celebrating the seasons in historic Britain on Xbox consoles and Windows 10 PC with Xbox Game Pass, and we’re thrilled to bring Forza Horizon 4 to a whole new audience on Steam.

Since 2018, the Horizon Festival has attracted racing and automotive fans thanks to beautiful, historic Britain’s breathtaking scenery in a shared world where together, everyone experiences changes in time of day, weather, and seasons.

Thanks to our community, gameplay in Forza Horizon 4 is more expansive than ever before with battle royale inspired racing via The Eliminator, added rewards for stunning in-game photography with Horizon Promo, and reinvented community-created challenges with the recent arrival of Super7. In this newest game mode, beat seven random challenges in a row for an exclusive reward, and even create your own custom challenges featuring structures and scenery—whatever you want, wherever you want.

Thanks to cross-play, join your friends no matter where they play Forza Horizon 4 and drive alongside them and rivals who are racing on Xbox, Windows 10 PCs and Android devices with cloud gaming with Game Pass Ultimate.”

As far as I’m concerned Forza Horizon 4 is the greatest racing game of all time, so knowing that more people are going to get an opportunity to play it is music to my ears. No matter how you choose to play it, you’ll find something to love when racing around Britain on Steam in less than a month.