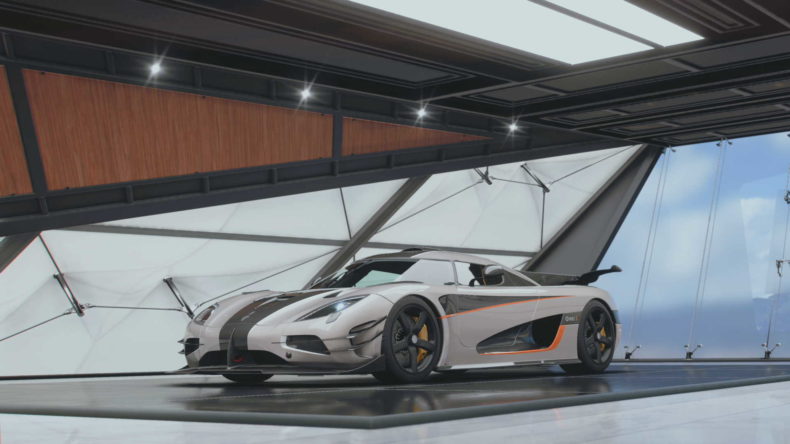 There are over 500 cars to collect in Forza Horizon 5, but which is the fastest car? It’s a tricky one to know right away, but there’s a good reason to work this one out. There are seasonal events that will grant you Forza Points, with which you can buy things like cars, spins, and even cosmetics. One of these is to be going 250mph for five seconds, and let us tell you: that’s no easy task.

Luckily for you then, we’ve poured through everything the game has to offer to bring you the fastest car in Forza Horizon 5 (for now, at least). We’ve even added a few runners-up.

There’s no shame in coming second, or third, or even fifth to the winner of this one. That said, you will struggle to get the 250mph for five second award in even some of these vehicles. But if you’re trying that, there’s a nice open motorway in the middle of the map, and at night there isn’t too much traffic to contest with.

If you grabbed the special edition, you might well get the 2018 Apollo Intensa Emozione “Welcome Pack” car. This will be your fastest car for quite a while. But despite the fact it’s an S2 ranking with a score of 998, it’s got a speed of 7/10. Likewise there are a few Koenigsegg models that do get up to 10/10 speed, and even 10/10 handling, namely the Agera RS 2017 and the Jesko 2020 models. These three cars are plenty fast, and the two Koenigsegg cars should get you that magical 250mph.

And the winner is…

You guessed it! It’s another Koenigsegg at the number one spot. With a rating of 983 in the S2 class, it has 10 speed and 9.5 handling, which is actually lower than the Agera RS 2017 by a tiny margin. It’s a better overall car thanks to it’s 10-rated braking, and you’ll pay for that privilege with the 2.8 million credits price list. 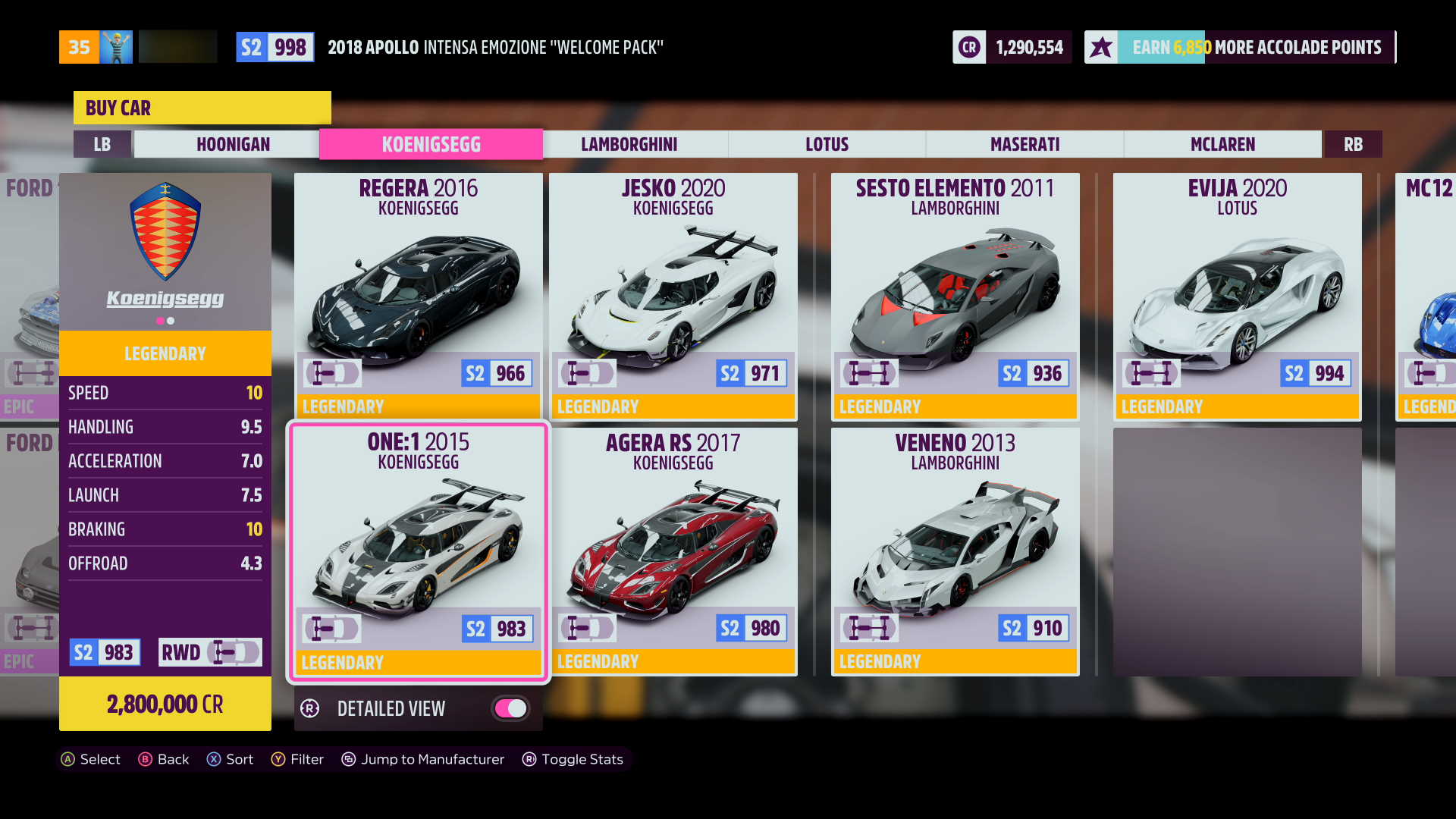 Did you find this guide helpful? Check out the rest of our Forza Horizon 5 guides, below: