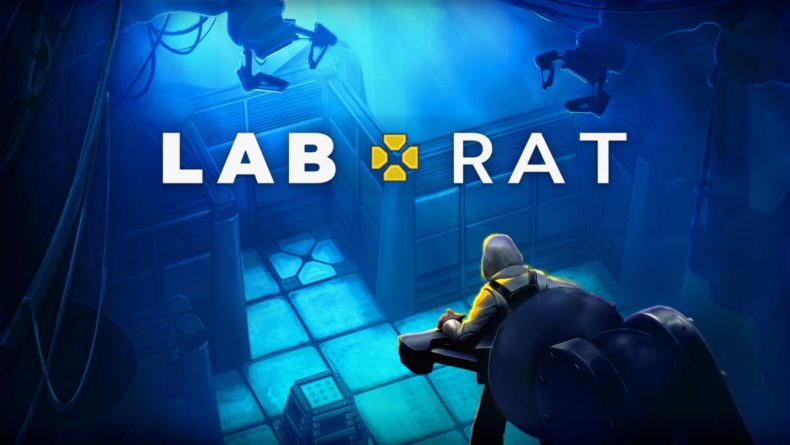 On first glance Lab Rat might feel like any other puzzler. With its grid-based movement and block-pushing you’d be forgiven for thinking you’d seen this all before elsewhere. But it’s clear from the moment you get started and are introduced to AI support Sentient Appearing Rapport Algorithm (or S.A.R.A. for short) that Chump Squad are looking to build something more. Lab Rat isn’t just here to flex your grey matter, but maybe, just maybe tickle your funny bone as well.

The puzzles themselves see you dropped into a gridded arena and you move in the cardinal directions to get around. Your ultimate goal is simply to push a block into its appropriate slot, by grabbing it on any side and moving accordingly. As long as there is space for you and the block to move into, you’re free to move as you please, and you can also climb onto the block and disembark on another side to give you more manoeuvrability in these tight areas. 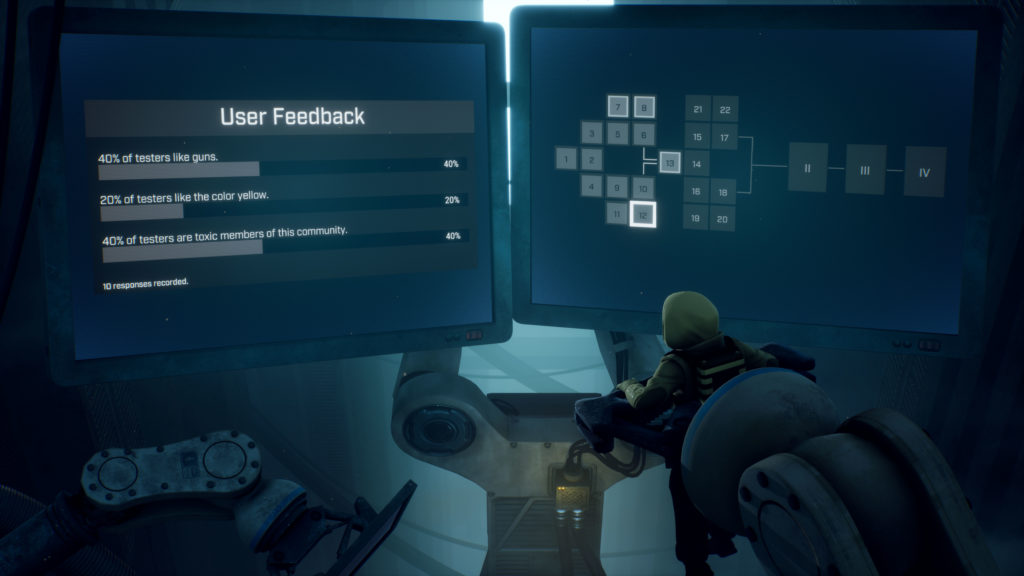 But like all puzzlers, it builds the challenge by introducing new mechanics, and in the case of Lab Rat, this comes in the form of coloured laser guns. Each block that you move around has a node on each side that can be coloured by the lasers. Most puzzles require the block to have nodes at certain colours before it can be deposited in its end spot to finish the puzzle. The other challenge is that once a node is coloured, you can only push or pull it from that side if you are also that colour – having been shot with the laser yourself. This forces you to think about the order you move the block around in to only get it hit by a gun when absolutely necessary.

In between puzzles is where the other aspect of Lab Rat comes in, with the interactions with S.A.R.A.. Often the humour is dry, with the sly remarks of S.A.R.A. causing the odd grin, but then Lab Rat goes all in with a louder, brash humour when the guns are introduced to fanfare, and loud music. The declaration that all games are better with guns is overt, and hard to disagree with particularly in this setting. It’s made even more poignant when you get to control a laser gun for a few puzzles and find yourself on the other end of things, and solving the puzzles in a completely different way. When “MURDER SPREE!” appears on screen, it certainly changes the pace, and maintains the variety that puzzle games desperately need to avoid going stale. 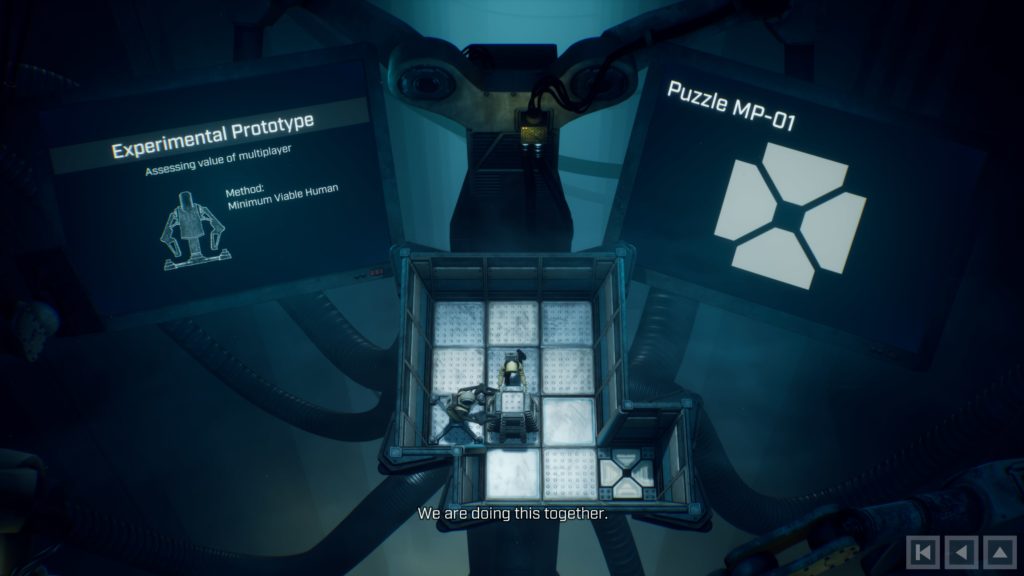 There’s another side to Lab Rat too which is almost a social experiment. You get to see the names of other players who have played the game, as well as often seeing stats of how many who attempted each puzzle were successful. S.A.R.A. will also ask you for User Feedback in between each puzzle, in most cases asking you to reaffirm your enjoyment. There’s comedy here too because if you don’t answer positively you’ll see in the results you’re branded part of a toxic community or some other put-down. Sometimes it won’t even give you the option of a negative answer, and your positive response will seemingly validate S.A.R.A.’s positive outlook. Sure it’s daft, but it broke up the puzzle monotony, and it’ll be interesting to see how far it is taken in the rest of the game.

Lab Rat really is a great name because it’s idea really does feel like an experiment in mixing controlled puzzling with a more social aspect and a comedic flair. Whether it succeeds in pulling such a strange concoction together will depend on how far it intends to run with the idea. The puzzles themselves show promise, and hopefully tease the variety that’s yet to come in the full game. And the comedy whilst funny now in a short dose needs to stand up to scrutiny for a game that by its own admission will last many hours more than this demo presents. But there’s certainly enough to like in this opening half-hour to keep me keen on just how this experiment unfolds when it launches later this year.