previous
Next-gen version of Marvel's Avengers has a release date, along with new Hawkeye story arc
random
next
The new CrossCode DLC is just over a week away
0 comments 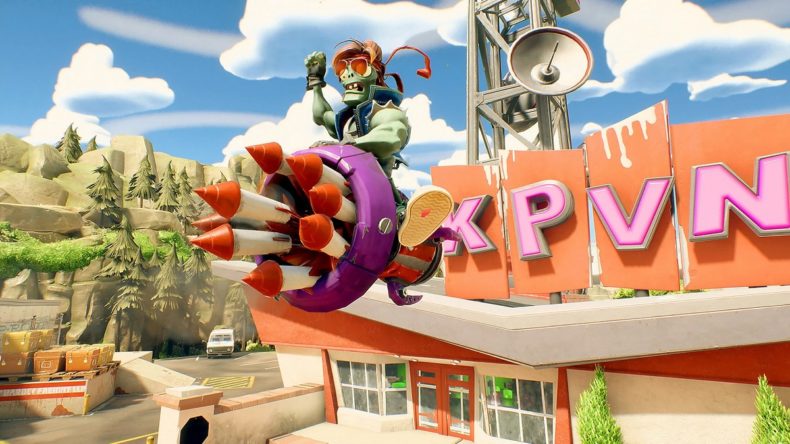 Hold on to your roots! EA has announced that Plants vs Zombies: Battle for Neighborville will be coming to Nintendo Switch on March 19, 2021. The game will be releasing as a Complete Edition, meaning all previous content and unlockable characters will be available for online and offline play. It’ll be the first game on the platform developed with the Frostbite engine.

Plants vs Zombies: Battle for Neighborville: Complete Edition will allow players to take on hilarious missions and defeat epic bosses to collect medals and unlock some awesome outfits. Players will have access to 23 fully customisable characters, including a Team Play class for each faction, and every cosmetic item ever released. Not only that, but players can battle in 8v8 multiplayer, or team up with three friends online or offline, utilising the motion controls and a range of customisable settings to suit player preferences.

“We are excited to bring everyone’s favourite Plants vs. Zombies characters to Nintendo Switch for the first time, giving players the ability to play in their homes or on the go, however they choose,” said Melvin Teo, Producer at PopCap Vancouver. “The Switch’s motion controls allow us to try a fresh new take on Neighborville, and with its docked and portable play, we have the ability to bring the game and its characters to life in ways that weren’t possible before.”

Video games are cool. Don't let anybody tell you any different.
MORE LIKE THIS
Complete EditionEAnintendo switchPlants Vs Zombies: Battle for Neighborville