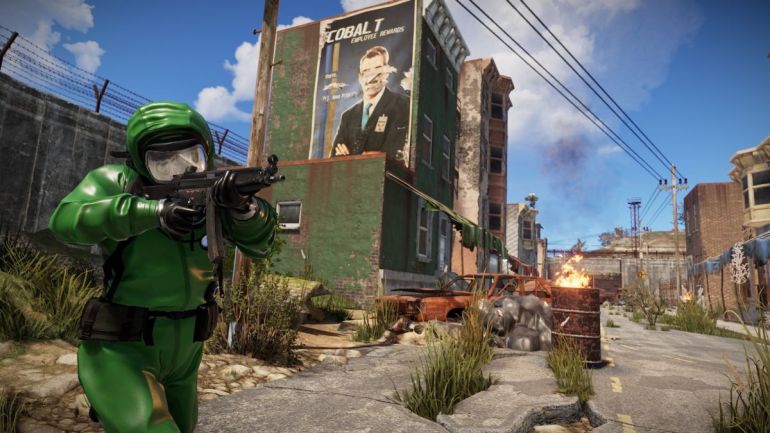 Double Eleven has today announced that their successful and often brutal competitive multiplayer survival game Rust is coming to PS4 and Xbox One this Spring. When the game arrives in a few months, players will be forced to survive against up to 100 other players, bears, wolves, and more. After waking up on a post-apocalyptic island, you must find shelter and clothes whilst surviving against the elements without any rules at all. This freedom will allow for moments of deception and aggression, but if you choose to work together with others, your chances of survival will be higher.

Since Rust launched all the way back in 2013 via Early Access on Steam, millions of players have taken part in the “ultimate social experiment.” UK-based Double Eleven has been working on developing the game for console, independently from Facepunch who developed the game for PC. To celebrate the announcement, a brand new trailer showing players what to expect has been revealed, and you can watch it below:

Video games are cool. Don't let anybody tell you any different.
MORE LIKE THIS
Double ElevenPS4RustXbox One