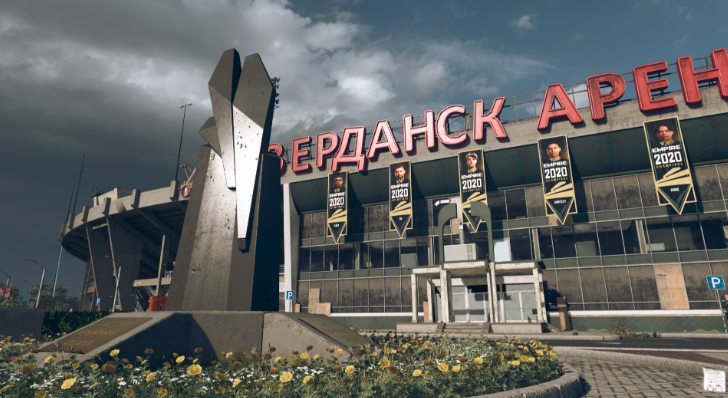 In addition to the Call of Duty League trophy being added as a real-world (and towering) element within Call of Duty: Warzone, this first-of-its-kind esports integration will honor the 2020 Call of Duty League winners, the Dallas Empire. As part of the celebration, Dallas Empire’s logo will rest at the base of the statue, while massive banners featuring the portraits and names of its 2020 championship-winning roster will appear above the Verdansk Stadium entrance.

Call of Duty League surprised the 2020 Dallas Empire roster with a sneak peek of the statue and their portraits within the game.  You can see their reaction here:

The update to lift the shroud on the statue will launch for all Call of Duty: Warzone players on May 10.

Call of Duty League action continues next weekend with Major V, a 12-team tournament for half-a-million dollars, as part of the 2021 season. Matches are streamed on YouTube, and viewers can earn exclusive in-game items for Call of Duty: Black Ops Cold War and Call of Duty: Warzone by watching the event on YouTube accounts linked to their Activision account.

For more information on viewership rewards and the competition, visit Call of Duty League here.

Full schedule released for the Call of Duty League