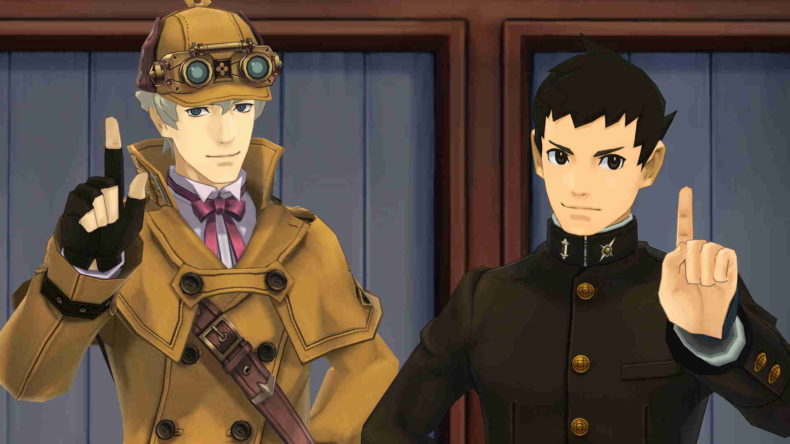 Myself and Chris White have recently had the chance to play through a decent amount of The Great Ace Attorney Chronicles, and we put together a video for you to show off some gameplay. Originally released in 2015 for 3DS, this a game that never made it to the West. It tells the tale of the ancestors of Phoenix Wright. It’s also, I think, a great point to jump in with the series.

I’ve always enjoyed the Phoenix Wright games. But it’s been a while since I’ve had time to sit down with one.  This version of the game is coming to PlayStation, PC, and Switch, so there’s lots of ways to play it. We wanted to show off some gameplay in our video preview for The Great Ace Attorney Chronicles, but it’s a hard game to show.

While it’s not just a visual novel, there are lots of moments where you’ll be sat reading text. There are investigations and gameplay elements on top of that, for sure. Anyway, have a look at what we have for you. I’m really enjoying it so far, it’s like a breath of fresh air. It’s silly, fun, and manages both while you’re solving cases involving murder.

I doubt it’ll change your mind if you don’t like this kind of game, but it’s been great playing it so far.  We only captured the first case, which is tutorial heavy. So yeah, no spoilers here! Enjoy, and make sure you subscribe.

The Great Ace Attorney Chronicles is out on July 27 for PC, Switch, and PlayStation consoles.
Liked it? Take a second to support GodisaGeek.com on Patreon!