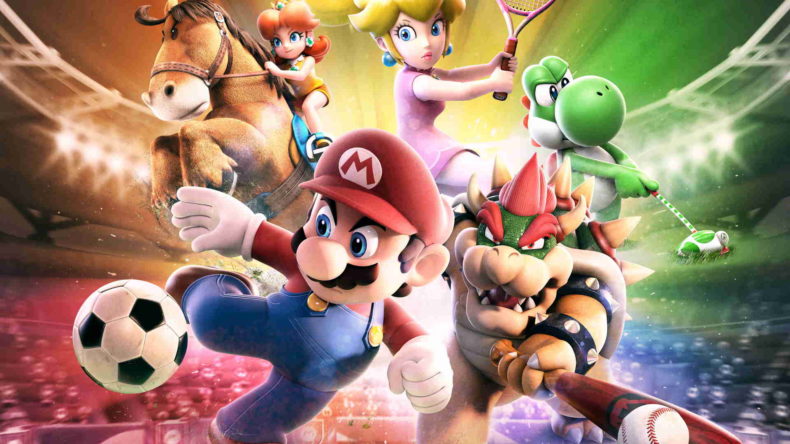 Mario may be a plumber by trade, but he is best known as a platformer-cum-racing kart driver. He forms the backbone of Nintendo’s golden first party output. But like many gaming mascots over the years, the mustachioed icon has also been used in a variety of extracurricular pursuits, with mixed results.

Looking back, Mario and his Mushroom Kingdom pals have been involved in over thirty sports titles. The most recent being Mario Golf: Super Rush. Here, I am going to look at a few of the very best Mario sports games (and the very worst, too) that have graced our Nintendo systems.

Next Level Games, who would go on to make the scorching Punch Out and Luigi’s Mansion sequels, had already had a crack at an arcade soccer title two years earlier, with the undercooked Super Mario Strikers. It’s sequel was much better, and perhaps the ultimate evolution of 1990s arcade footy sims like Super Sidekicks and Hat Trick Hero. Only it featured teams constructed of Mario characters, and simple, easy to follow gameplay that was perfectly suited to multiplayer. 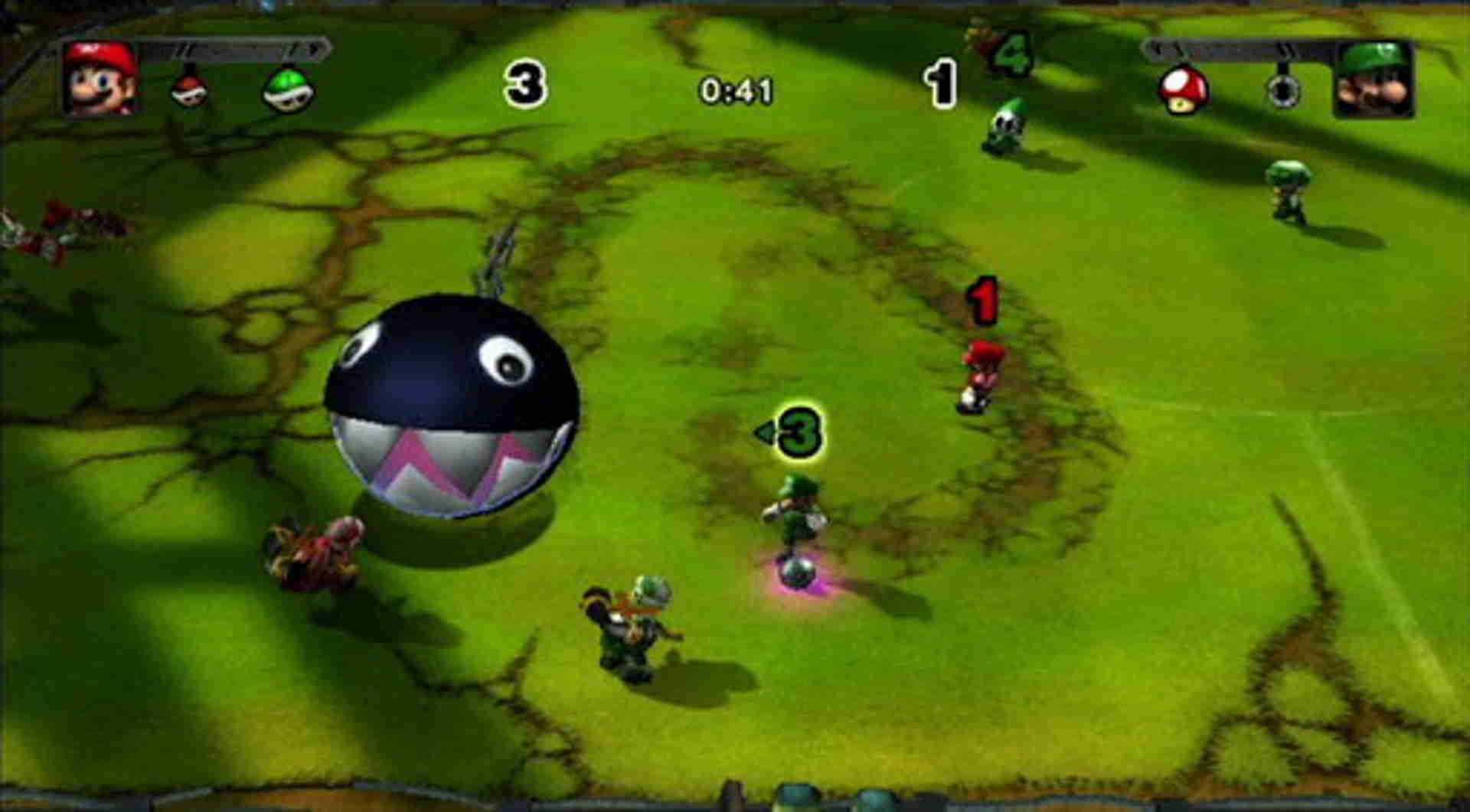 Thanks to what was at the time Nintendo’s best ever matchmaking system and netcode, this was for many the first foray into online play with the white-wand wonder. Easily one of the best Mario sports games of that era.

When you think of partnerships between Nintendo and Square Enix, the obvious title that springs to mind is the impossibly brilliant Super Mario RPG. Rather than revisit the cross pollination of turn based JRPG and Mario goodness, they instead made a surprising left turn and went for an oddball stylus controlled basketball affair. With an emphasis on power ups rather than basketball skill, wildly overpowered Final Fantasy characters, and a limited number of poor minigames completing the package, even the charm of Mario and co, and a terrific soundtrack cannot save this one.

Nintendo took the savvy step of working with Namco to produce this excellent, now extremely expensive entry in Mario’s sporting oeuvre. Past masters at producing great arcade baseball titles with their Pro Yakyu series, the Pac-Man overlords really hit it out of the park with a great looking, surprisingly deep, and often genuinely funny home-run of a sim. It plays well, but it also has a bit of a story running through it featuring perennial ne’er do well Bowser causing all manner of mischief. 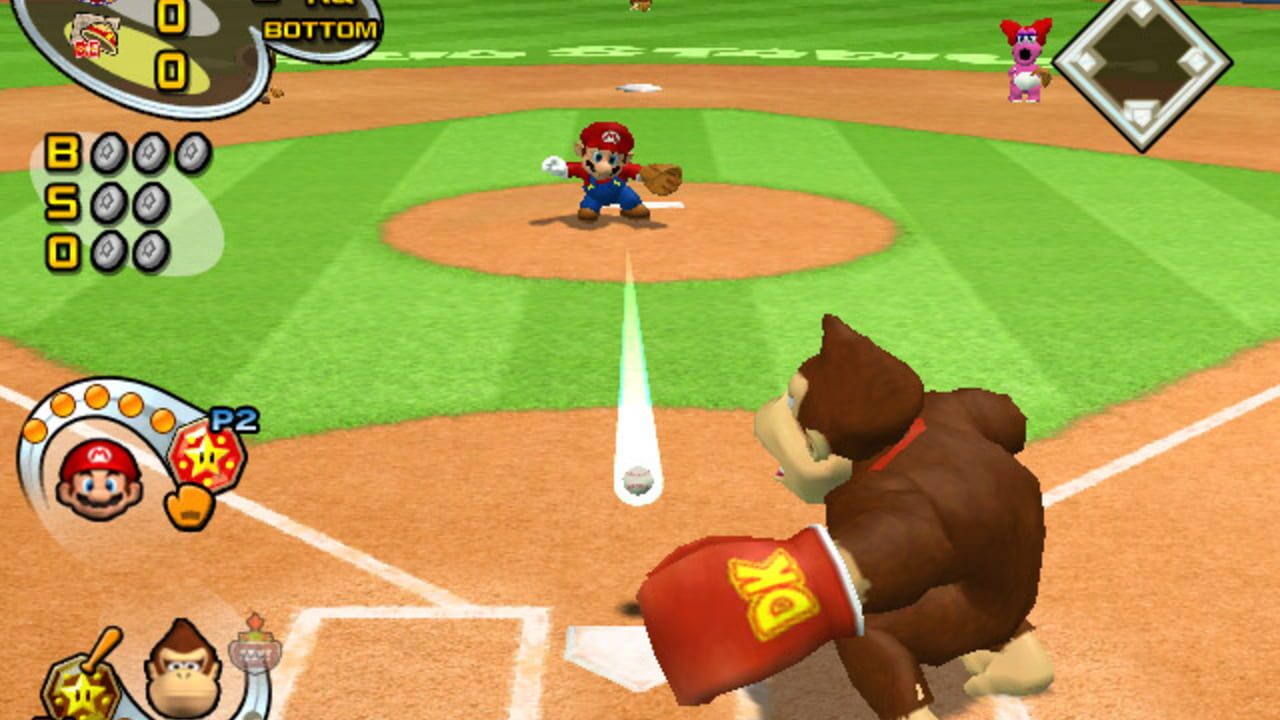 The Wii sequel, with the benefit of motion controls, should have been excellent. Instead it fell dismally short with misfiring accuracy and no online play. It was criminal that the original only received a limited PAL run, as it is crucially slept-on and deserves to be played.

This one had a huge number of recognisable Mario and Sega characters. It also had a solid foundation to build on from its fun predecessors. But the officially licensed 2016 tie-in suffers from a lack of gameplay options, a reliance on over-familiar button mashing events, and some weak inclusions like the Strikers Charged-lite soccer, and the dog-rough beach volleyball. 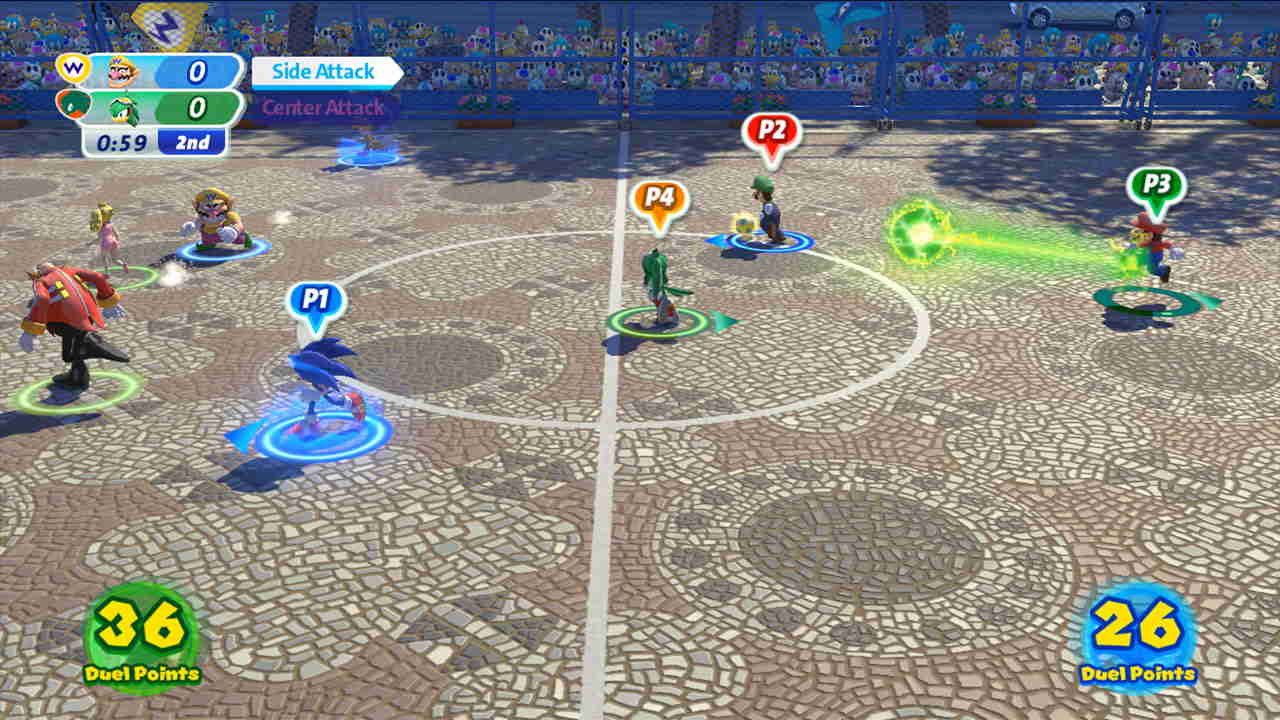 It eschews the motion controls entirely, which ends up being a bad thing. And while there is no denying it looks the part and has fun but limited appeal in multiplayer, this is not recommended.

I think the original Everybody’s Golf for PS1 is one of the best sports games of all time. So it is no surprise to learn I also adored the Camelot-developed approximation of the sport starring Mario and friends. Starting a long association between developer and Nintendo, the original Mario Golf stands up even today. This really is one of the best Mario sports games of all time. 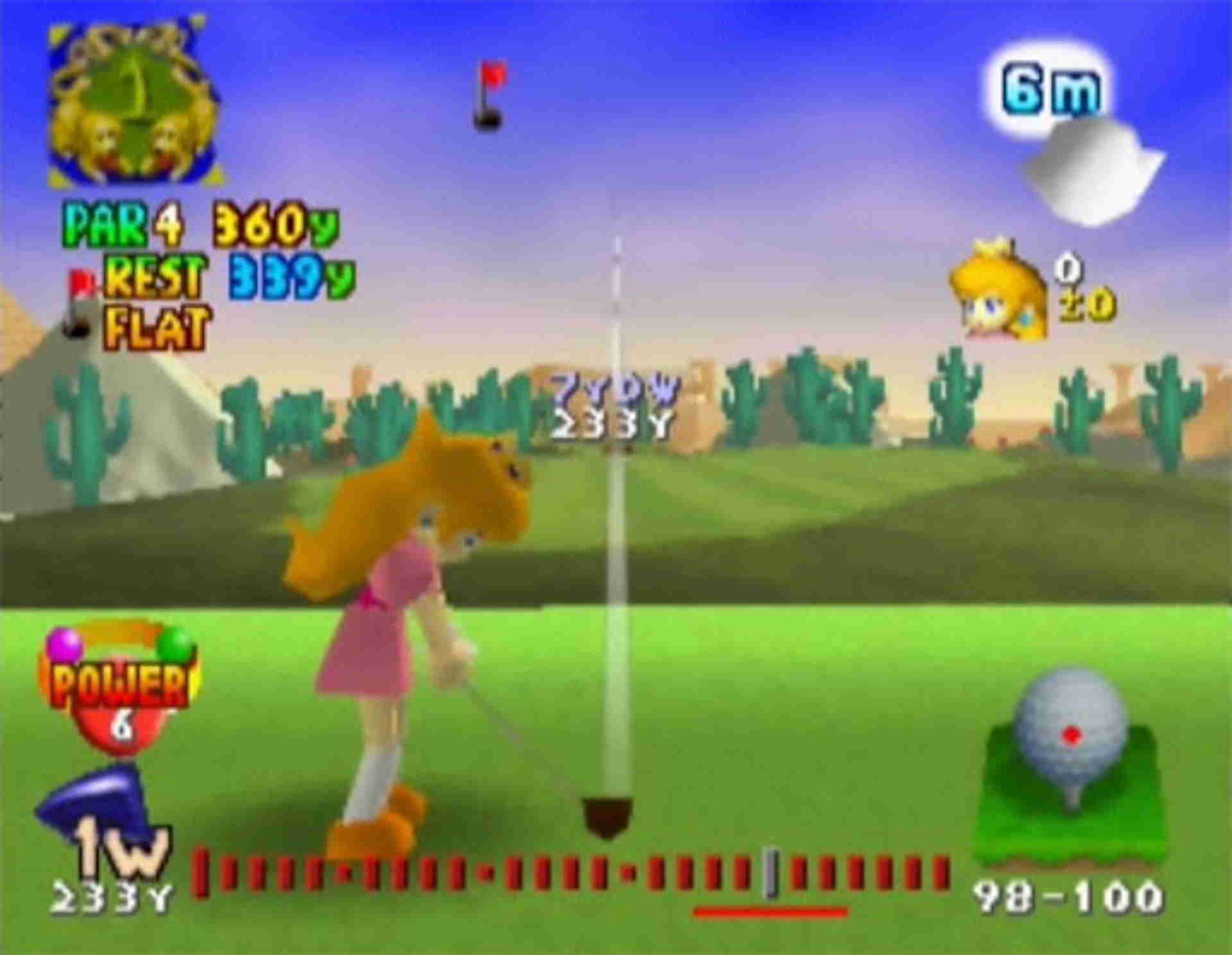 It’s a superb simulation that sprinkles world class environmental and physics parameters with just the right amount of Mushroom Kingdom magic. Equally great on N64 or GBC, this is one I still go back to regularly. And it remains the purest, no-nonsense entry in the series even now. it’s a classic title to play with mates and a few beers. It’ll be interesting to see if the new one becomes that, too.

Rather than focus on producing one single sport and doing it well as they have done many times, Camelot climbed into bed with Bandai Namco and delivered a surprising clunker with this multi-game package that bites off more than it can chew. Oddly, tennis and golf are both present. But they’re weak and watered down efforts. And these are two sports the developers have literally shown us they can do a hundred times better. 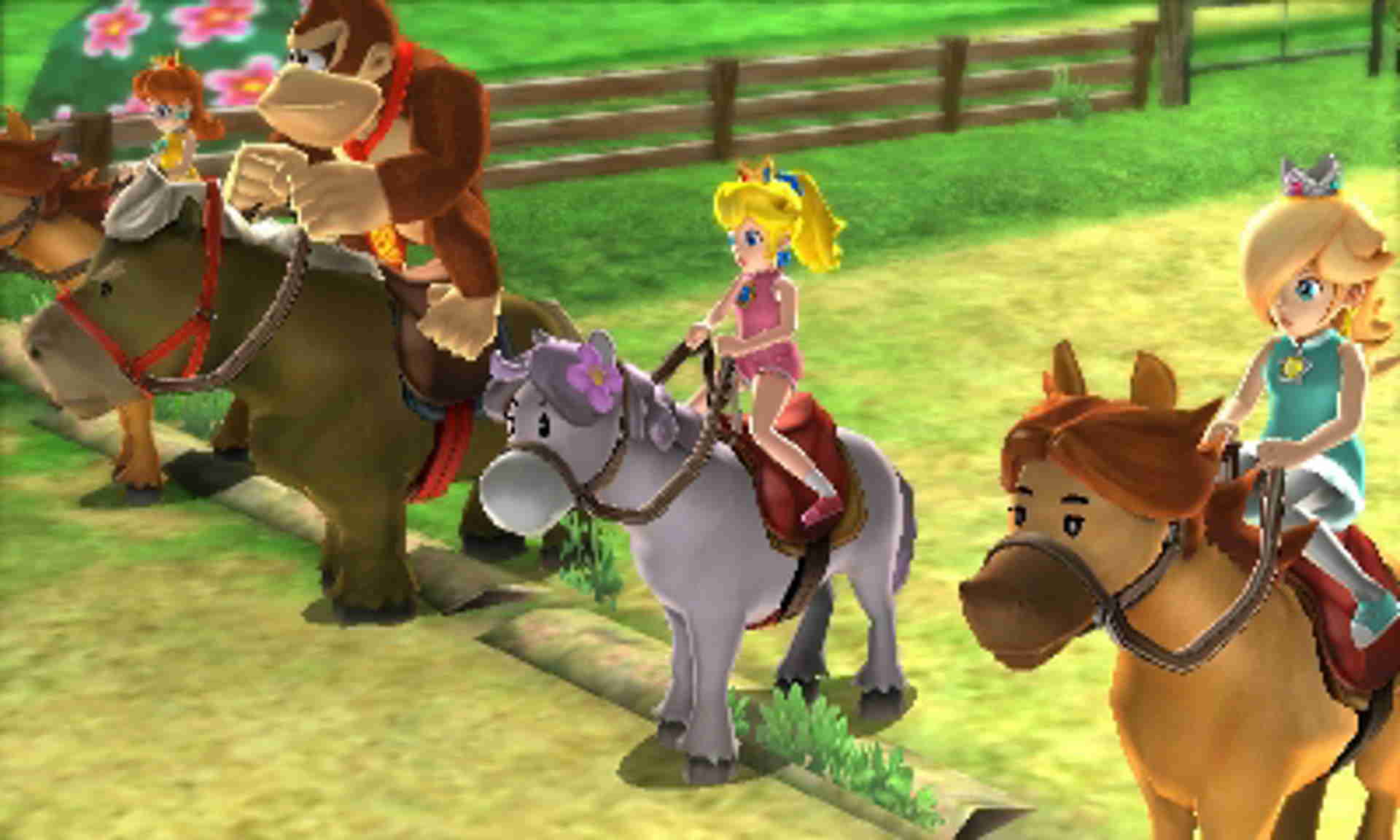 Soccer tries for a bit more realism compared to the Strikers series. But it just doesn’t hit the mark at all. Weaker still is the baseball, which will have you inwardly justifying the eye watering price of a PAL Superstar Baseball on eBay. Curiously, the horse racing event is the clear pick of the five sports on offer, featuring a combination of tactical racing and Pokémon style bonding with your nags.

Camelot repeated their golfing success with the absolutely sublime Mario Tennis. This one hit N64 and GBC with aplomb the following year. It came at a time when the N64 was the king of couch multiplayer. It combined the arcade ferocity and superior physics of SEGA’s equally dope Virtua Tennis to the quirks of the Mario universe, and was a spectacular four player experience. 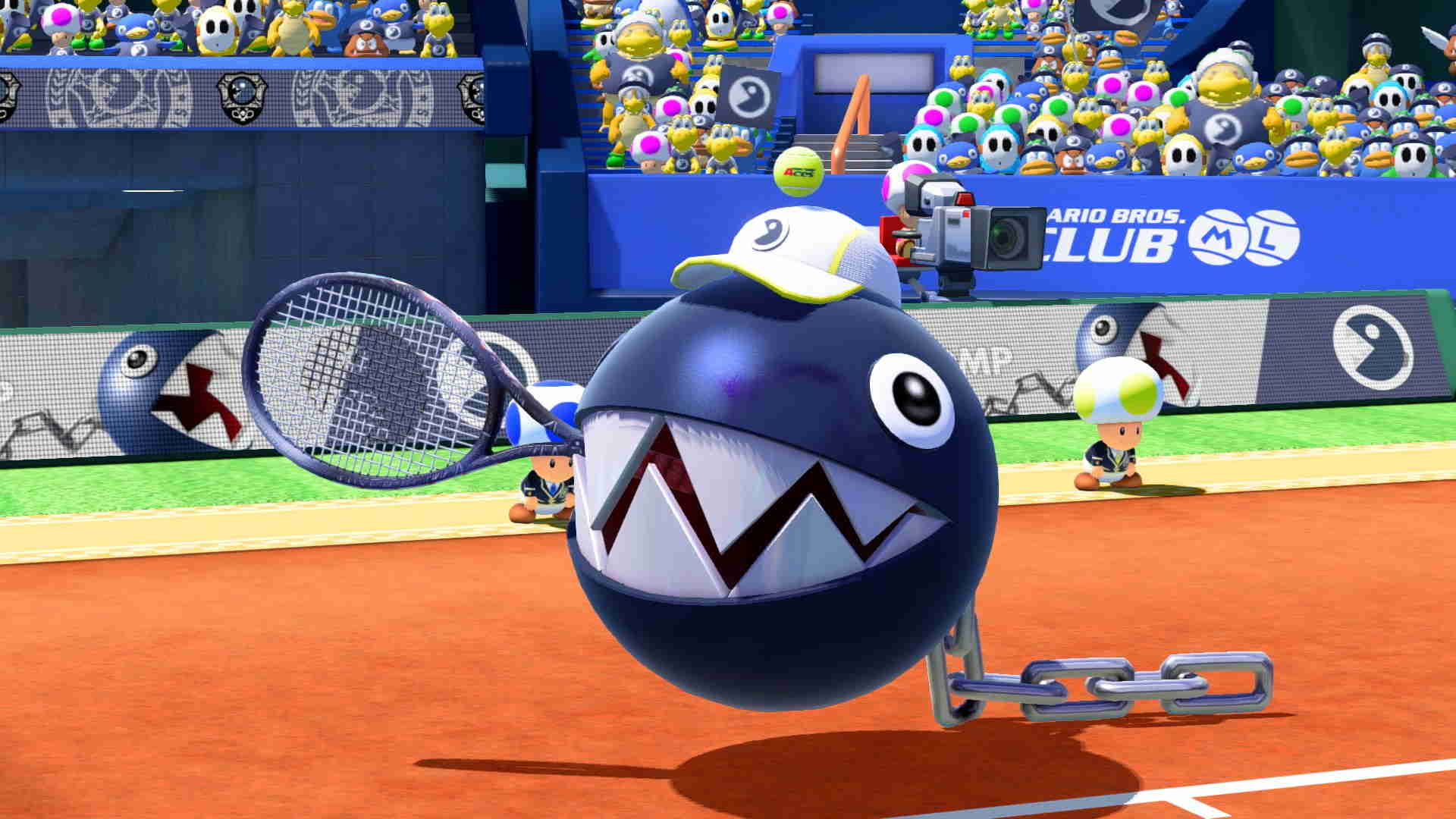 Using just two buttons to execute myriad shot types, and with wildly different characters each offering different play styles, it is easy to pick up and very satisfying to master. The GBC even threw in a mild RPG mode, for goodness sake. Like the OG Mario Golf, this remains the definitive entry in the series for many. It also introduced Waluigi into the world, and for that we are eternally grateful.

It doesn’t so much sound bad but more badass. Spikers was a cancelled effort being worked on by Next Level Games in the mid 2000s. This was initially proposed as a straight up volleyball throwdown for Mario and his buddies. But things took a turn when the Canadian developers decided to introduce elements of pro wrestling into the mix. This was due to their prior work on an unreleased project they had worked on for WWE.

Several concept images and animations did surface. But it was consigned to the bin after Nintendo decreed that the levels of violence on display were too much. Don’t be expecting a Mario MMA game any time soon, then. What do think are the best Mario sports games of all time? Let us know on Twitter, why don’t you?

The king. If you know, you know.
MORE LIKE THIS
Mario GolfMario Sports Superstarsmario tennis