previous
Ys VIII: Lacrimosa of DANA Review
random
next
Life Is Strange: Before the Storm Episode One - Awake Review
0 likes 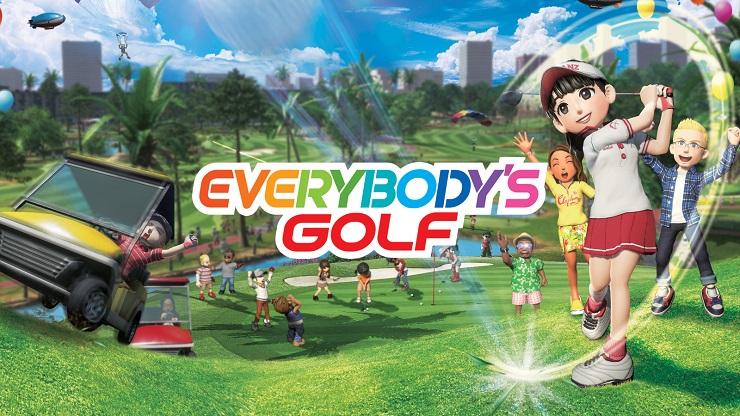 The world of videogames these days sees us inundated with huge open world adventures. Places full of lush scenery and filled with sidequests, some you stumble upon, others you need to find. What I bet no-one thought before was how to apply this to the world of golf, well, until Clap Hanz decided that it was the logical way to take their Everybody’s Golf series.

Granted, maybe an open world adventure is over-egging the pudding a little, but Golf Island is a location filled with stuff for you to find and take part in, and despite how restrictive it can feel, it takes a lot of looking to find stuff. The island is your hub from where you access tournaments, and the terminals which take you on journeys to the variety of game modes on offer, of which just stroke play and turf war are currently available, and only stroke play was tested as there just wasn’t enough people to try out Turf War. I aim to revisit this after launch to be able to make an informed decision.

What I do know at this point in time is that this is as good as Everybody’s Golf has always been. The courses are well designed and look great, the avatars leave a little to be desired though. You can create relatively OK looking characters, but the NPCs all look terrible, and it’s obvious they were created using the same tools, however, there are many more customisation options than EA’s Rory McIlroy title though, so that’s something. The game retains the same three-point system that’s been the series staple since day dot. It’s simple and effective and recreates the fallibility of a golf swing while also keeping it nice and simple for newbies. You just point the camera where you want the ball to fly (taking into account the roll of the ground and the strength of the wind) and fire away.

The new world for Everybody’s Golf feels more like a living breathing place, and that brings some unintended hilarity to proceedings. As you set up your shot, and move from point to point people are always playing around you, and it makes things more pleasant as a result, as people will wander across your lines as you come round to bear on target, or you can find yourself standing on top of someone as they tee off, but time pauses as you take your shot so that you don’t suffer from distractions during the most important process.

Your golfer’s skills level up through continuous play, your ability to hit the ball harder will improve if you do more shots at max power, control levels up through hitting the green either in or under regulation, back door goes up through getting the ball in the cup from long distance, via putting or a chip-in, and back-spin? Yeah, by applying back-spin to your shots. It’s a system that makes sense, and those numbers do improve greatly over a short amount of time, basically due to the sheer amount of repetition the game asks of you. I don’t want to sound harsh, but the way the game asks you to progress is a bit of a ball-ache. You start with the front nine holes of Eagle City, and that’s all you can play in all the modes. Stroke play allows you to wander the course pick a hole and play either singular holes or a full nine hole course, but, as nice as the course is, you spend a lot of time looking at it. What you need to do to get more courses is to play tournaments and gain XP for doing them, when the bar fills you are then challenged by another Golf Island denizen looking to whack a few balls with you, beat them and a tick is applied in the top right corner of your screen, alongside two other circles. Those circles are other challengers you need to unlock by gaining tournament experience in those same nine holes. You only unlock more courses by beating all of them.

Get the first three challengers out the way and the back nine holes for Eagle City unlocks; now you have a full eighteen holes of one course to play, and you’ll now find yourself repeating those new nine holes to unlock further challengers just to get more courses. I can understand not wanting to have everything open right away, but limiting things so harshly, then tasking you to do it again and again is a sure fire way to turn people off quickly, no matter how fun your game is. It isn’t dreadful, and tere’s enough variation with different cup types and wind strength to change things up, with the VS battles changing things up even further with points battles and VS stroke play.

It’s frustrating that progress is gatekept like this, as stroke play the way it’s done is fantastic. Long drives are added to daily competitions for distance, and leaderboards are constantly updated with the latest community scores, it’s a stroke (chortle) of genius, it’s just hamstrung by one of the most ridiculous content unlock systems I’ve ever seen. It could be seen as Clap Hanz’s way of ensuring players get familiar with the courses rather than constantly moving forward and forgetting what went before, but they could have made the process just a touch shorter. Turf War seems to be a promising addition to the game. Here, the players are spread between two teams – blue and red – and have to run around the course trying to get the best results they can. You get one point for par and more or less depending on improvements on that, whichever team holds the highest points value for a hole ‘holds’ that hole, whichever team holds the most holes when time runs out are the winners. What this results in, is everyone running around trying to get as many good results they can in the time available. It’s fast, riotous fun and a great addition to the game.

Everybody’s Golf is a game that I just want to keep playing and it’s everything I ever wanted from the return of the series. It’s easily the best golf game around right now, it’s a joy to play, has bags of personality and a load of things to do (fishing anyone?), and character progression is great with numbers increasing at an incredibly satisfying rate. It can be played at your leisure, or as competitive as you want to play it, it doesn’t ask for your indefinite attention and it works just as well if you’re only in for a quick round, or a few hours sinking your balls.

It may not be the purist’s choice, but for pure enjoyment it cannot be beaten. Everybody's Golf is everything I wanted from the return of the series.

A Week in PlayStation Vita Gaming