Life Is Strange: Before the Storm Episode One – Awake Review 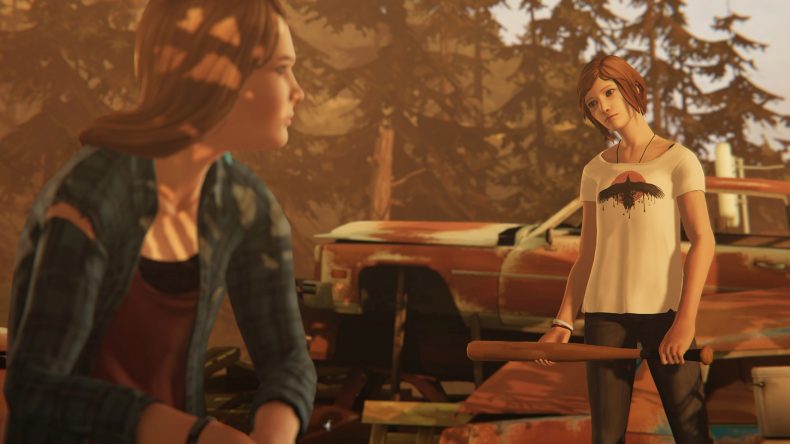 As someone who absolutely adored Life is Strange I had to wonder how a prequel without Max Caulfield’s time travelling powers would work. Chloe Price is an intriguing character, but is she enough to carry the weight of a highly anticipated series like this? Much like protagonist Chloe the first episode is a bit of a mixed bag, in pretty much all terms.

The set up for this series is Chloe’s self destructive habits and how they lead to her relationship with high-school IT-girl Rachel Amber, who Max and Chloe spent most of the original adventure looking to find. What it entails is a lot of high emotion punctuated by some occasionally wonky dialogue.

I mean, dialogue wasn’t the original’s strong suit, despite how excellent the narrative was as a whole, and for the most part what takes place is scripted far better, we even get to find out why Chloe seems to like ‘hella’ so much. But there are moments of spine-tingling cringe-worthiness and moments of ‘what-the-fuck’ in how your choices play out to what’s said and what the reactions to your actions also are, this isn’t to mention the game’s brand new mechanic. You see, without time travel powers it was always going to be difficult to give this game it’s own hook, what Deck Nine have tried to do here is turn Chloe’s aggressive attitude into a feature by featuring ‘Backtalk challenges’, these amount to you choosing how to react to statements the opposing character says, perform well and Chloe gets what she wants, perform badly and…I don’t know as the choices were mostly so obvious that I didn’t fail at all, and these moments are so uninteresting that I don’t really fancy going back and seeing what happens should I try and actively fail them.

I mean, I’ve never gotten what I wanted through direct disobedience, it’s not something that happens in real life, and the game’s way of demonstrating this to you with a bouncer for a sketchy barn concert is terribly unrealistic. It doesn’t help that the things Chloe comes out with are just plain bad, there’s so much well written dialogue, but none of it was used for these segments.

These are also the only real moments where the game gives you anything to actually think about. There’s the odd moral choice for sure, but nothing that actually makes you concerned for your progression through the story. You wander from character to character, picking up items you’re instructed to pick up and then move on again, this is less a point and click now and more of a walking simulator, not that that’s a bad thing, but there’s decidedly less to test the mind now. There are definite improvements however, the game engine looks much more solid, the shading is considerably better and less stippled, character models look nicer and are animated much better than the original series, and in my opinion the music choices are improved…ever so slightly. It’s not the ticker-tape parade we were hoping for with a return to Arcadia Bay, but it’s still a pleasure to wander around, seeing the sights and learning about the characters we only heard about originally. This episode even finishes on one of the series characteristic ‘OMG!’ moments, albeit one I saw coming, yet it still shocked me.

It’s not unusual for a new series to have a slow start, and while this is borne from something else I’m going to grant it the leniency that a new series deserves. What we have here is a pilot episode that’s obviously building to something. There are missteps, but I’m hopeful that these will be either eradicated or negligible in the forthcoming episodes.

Before the Storm is an eagerly awaited second album, but it’s one we’re going to have to pay attention to before we can see what it really is.