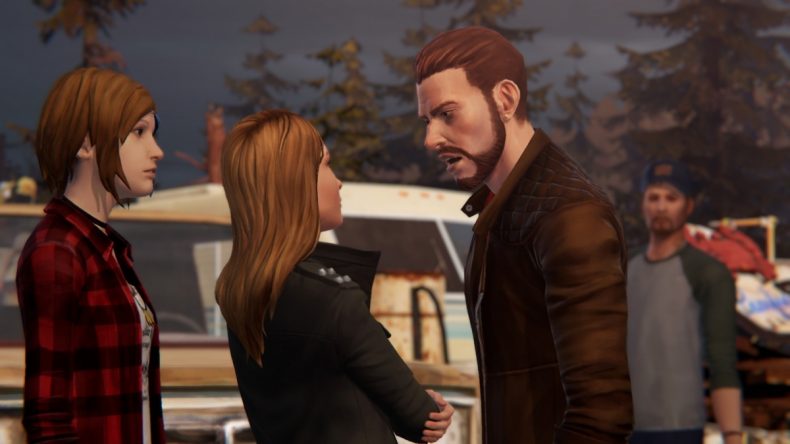 As the credits roll at the end of an episode of Life is Strange you have to wonder what effect your choices made. This is a prequel series after all, and any and all drama no matter how major will have an obvious outcome due to linking into the original series. Still, this has been a rollercoaster of a series, focusing more on narrative and the relationships of the characters, and while I liked it, I have to wonder if this was how it should end.

It should be noted that this is a rather short episode overall, which is a real shame considering the amount of narrative threads it has to tie up, especially when it creates more as it moves on. Different things can and will happen depending on your choices, but overall the end result will be the same, just with little variations on the way.

At the end of episode two we found that Rose Amber wasn’t really Rachel’s mother, and that her real one was a drug addict named Sera. There are several revelations that take place along that line throughout the story, culminating in a final showdown that I didn’t really expect and one that kind of fizzles out as quickly as it starts. A final encounter, one which you have no real say in, and is over before you even realised it had begun, and because of that it really feels like this episode is more hands off than the previous two. There’s less of Chloe’s back talk, and what is there only has one really meaningful moment that’s really rather uncomfortable to be part of, in that respect it really puts you into Chloe’s shoes. But it really hammers home that this series has never really been about problem solving, it’s been about asking yourself the question ‘What would I do in this situation?’. The results to that question are hardly ever uneventful, even when you feel like you’ve taken the safe option.

Despite the issues with how things play out towards the end, Before the Storm succeeds in doing what it sets out to do. We’re let into Chloe’s life and we get to find out what brought her and Rachel together. This isn’t about figuring out how to solve a puzzle, it’s about relationships and it delivers that very well.

What Deck Nine has achieved here also follows on from what Dontnod did with the original series. There are so many characters looking and seeing one another and no one bats an eye. Be the coupling straight or gay it’s treated as normal, and gender nor orientation is mentioned, it’s refreshing for a game to take this sort of stance with sexual identity, and showing that it’s not a big deal. At the end of the game you make your final choice, and it’s a difficult one; the following ending sequence doesn’t really change all that much aside from the initial reaction. There’s a really happy montage where you see people see those around them and you can help but feel it’s all really cute. It’s such a nice way to finish…but, then there’s another part and when it happens it’s kind of jarring, a jolt back to the reality of it all and I have to wonder if it was really necessary.

This is a beautifully crafted tale, but one that I feel could have done with just a little bit more exposition, a little more nuance, a little more explanation. Even the fire that started in episode one seems to have taken a back seat, only alluded to in the alert messages and a couple of firefighters who show up at one point.

See your way past the foibles and this is Life is Strange as good as it ever has been. Before the Storm has been a good series, but it’s not been up to the standard of the original. I feel that three parts may have put the story under more constraints than it deserved. At the end of it all I’m left feeling like I’ve just finished a meal I was looking forward to, and wound up feeling unsatisfied. Before the Storm was imperfect, touching when it mattered, but it feels like it needed to be more.

Certainly not a calm before the storm, but while it’s full of wonderful characters this final chapter feels unsatisfactory.