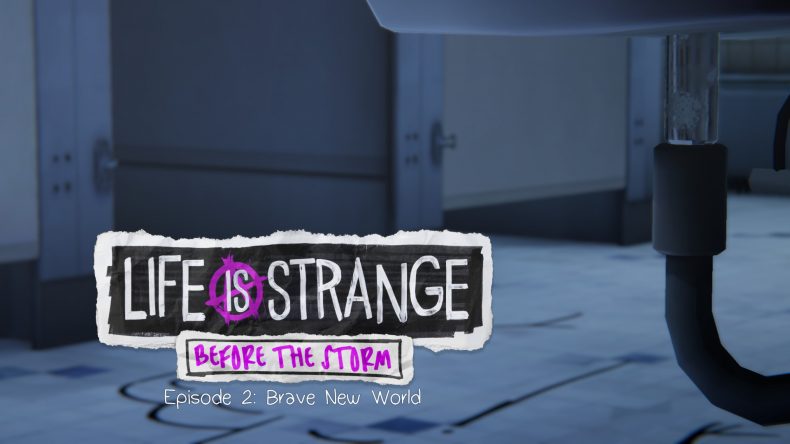 There’s a moment when you’re watching the first episode recap where you remember the slightly off dialogue and slightly misplaced nature of the verbal duels that Chloe has to navigate to get somewhere in Episode one of this prequel series. The thing is, that all but disappears well before the end of this one. Now, this is a review for Episode two, so if you haven’t finished episode one all I can advise is that you should expect spoilers.

Rachel of course started the fire in episode one, both literally and metaphorically which becomes clear by the time the episode ends. That fire provides a constant imposing backdrop to this episode with constant reminders to take care when travelling and in one particular dream sequence which winds up being creepy while also intriguing. Considering the fact both Rachel and Chloe skipped school, they start the episode in the office of Principle Wells, the infamous hairless dude with a major stick up his ass. After a serious loss of temper Chloe wound up expelled, but didn’t leave before she had tagged the girl’s bathroom with a ridiculous amount of ink from one single pen.

I criticised episode three of the original LiS for being a typical filler episode, but this is a whole different piece of work. The writers have really gone to town to flesh out the relationship between Rachel and Chloe, and in between it all they’ve crammed in a whole host of emotional and terribly moral moments. I had made my mind up beforehand what I was going to do with a lot of the decisions which cropped up, but some, while I went along with them I felt a terribly immense sense of guilt.

This is what a series like Life is Strange does to you. The first series did a real number on me emotionally, and this one looks set to do the same. I haven’t been a teenage girl, but I’ve felt these emotions, this anger at the world…I watch these credits scroll past and think about what I’ve just witnessed, the scene that played out at the end, the lives that I messed with the consequences of my actions. While a lot of these are partially life choices the characters made I could have done something, anything to change it. Now I sit powerless, Max Caulfield’s time powers just out of my reach. The Unity engine does a good job of holding the whole story together, at times the game looks but ugly, at others it looks stunning. The painterly effect on some things betraying some gorgeous work on the main character models and some amazing scenery. It should really be said that if you like point and click games then this maybe isn’t for you. It’s like ⅓ point and click and ⅔ Gone Home style walking simulator. It’s a story you take part in and experience. There’s stuff to do, but it exists only to divulge more story rather than road block you from the ending.

Those credits finished scrolling past a long time ago and I sit here typing this with my Episode stats in from of me. It seems that I went mostly with the consensus, most people playing took the same option I did. Whether this is people wanting to play as Chloe or how they feel they would do as Chloe isn’t clear, but holy hell, this series just elevated itself up to the level of season 1. Isn’t that hella cool?

Life is Strange, it always has been, but just like life, don’t let this pass you by.