What Goes Into Developing A New Video Game?

by Paid Placement Advertorial on August 5, 2021 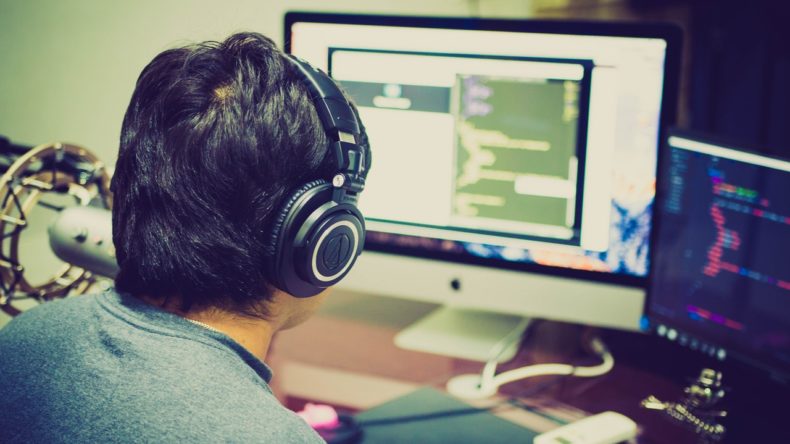 The advancement of technology brought with it one of the most entertaining things – games. It doesn’t matter who you are; there is some sort of game that you are playing.

Be it PC games, console games, or the top-rated mobile games; everyone has a game that they are playing. Some games can be played online, and some can even be played with friends; gaming is undoubtedly a fun pastime for many people.

But have you wondered what goes into developing a new game? How do the developers come up with the ideas, and how do they create the game? In this article, we will look at the game development process and everything you should know about it.

Pre-Production – The Start Of Everything

Game development companies can have various projects running simultaneously; it depends mainly on the funding and the size of the company. That is why all gaming projects will start in the pre-production phase.

A company doesn’t have unlimited resources and thus needs to decide which project they would like to work on. The game’s pre-production phase is there to help the decision-makers decide if a particular project is worth it.

So, we look at things like, what the game is about, the target audience, the platform that it will be published on, will we be able to make money, how long will it take, what will it cost, and who do we need to complete the project. You even need to decide if the game will be played on a controller, mobile or PC keyboard, every little detail counts.

Another way to make it easier for decision-makers to buy into an idea is by developing a prototype. Some things are better seen than explained. The prototype might not even be used in the end, but it should help bring the initial gaming idea to life.

So we got a brilliant game idea, compiled the GDD, created a prototype, and we got the go-ahead to start production.

Production – Where Most Of The Work Gets Done!

In this phase, everyone works together to realize the plan that was set out in the GDD. The story is refined, the characters are created, the game rules are established, different levels are built, and so much more will happen in this phase.

Let us quickly look at who forms part of this phase; the first role is the project manager. This guy will make sure that we are on track with the development process and that we stick to what we set out to do. If you want to be a project manager, you need excellent communication skills and people management skills.

Then there are the game developers or programmers; these guys are the magic workers. They take the concept of the game and code it; they make everything work. You need to be creative, have patience, and have excellent programming skills to fulfill this role.

So many other people form part of this phase of the development process. The game designers, level designers, game artists, 3D modelers, game animators, FX artists, audio engineers, quality assurance, and writers are just some of the other roles that need to be filled in this phase.

Everyone in the team needs to work together to achieve the overall objective of the game. Because there are so many different people involved with so many different skills, it is essential to start the process with a clear goal. And a clear leader!

We have completed the pre-production, and everyone jumped on board to finish the product, and now we go into post-production.

Post-Production – The Anticipation Is Growing

Well, this is the exciting part – post-production. The game is completed and tested so many times to make sure that there are no bugs. The next step would be to ship the game or in modern parlance say release. By sending the game, we mean that it can go out to the gamers that eagerly await the latest release, just as for example casino fans will eagerly await and anticipate the most recently launched Bonusninja.com offerings of the latest casino games.

But just because the gamers have the game or online platform available and they can start playing doesn’t mean that the developers are now finished. The team will have to shift their focus to game maintenance, creating patches and bug fixes.

We did do multiple thorough quality checks, so you might wonder why there are still bugs; when it comes to technology, there will always be a bug that creeps up, even in the best of systems. So the teams will stay busy!

Perhaps the game is doing so well that the developers consider a bonus level or additional downloadable content or perhaps a sequel. Maybe a whole new game idea comes to light; it all depends again on the size of the company and the finances.

But before these guys can move onto a new project, they will have to finish the current project with a debrief. During this debrief, the teams can discuss what worked well during the project and what didn’t work. By doing this, the team can learn how to do things better the next time around.

All the documents created during the process need to be collected and stored, and then everyone can move on to the next big project.

Much work goes into creating the games that we know and love, and the process can be rather long. So, if you are wondering why it takes so long to bring out a new version of your favorite game, just remember that there are many things to get done before you can enjoy the game.

The advancement of technology, the outstanding leadership of project management, and the amazingly creative design team can all be thanked for the great time that we have playing our favorite games.