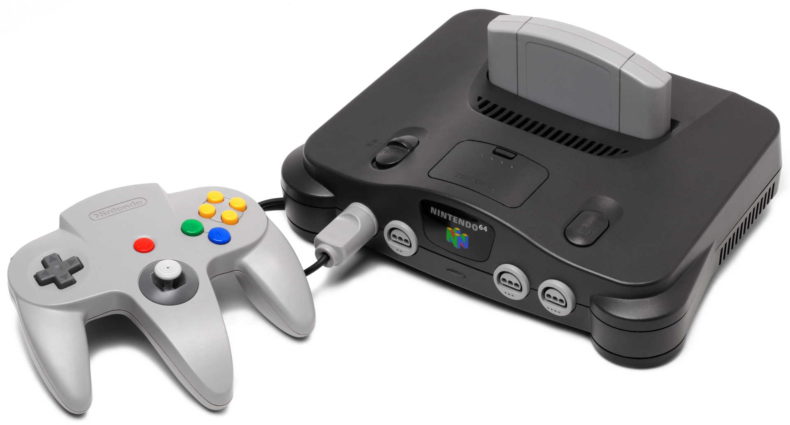 So the Expansion Pack has arrived bringing N64 games to Nintendo Switch owners. Fittingly, for a console that has historically had a few issues around successful emulation, there have been a few teething problems which hopefully get rectified soon. The lineup out the blocks has some great choices. The astonishing Sin & Punishment is arguably worth the admission price alone, and it was a nice surprise seeing Koei’s little known Winback getting the nod, as many UK gamers will not have sampled its cover-based shooting charms.

We already know that there are more N64 games Nintendo Switch on the horizon, but what as-yet-unmentioned titles would you like to see on the service going forward? Here I give you my ten and a bit selections and why I would like to see them hit Switch Online down the road. I have tried to think a bit outside the box here, so don’t go expecting Pierce Brosnan and Golden Eyes, or anything like that.

Rare had a magical relationship with the console, and indeed there was nearly more than one of their offerings in my little selection. Blast Corps was their N64 debut, and remains a highly original, unique experience that cannot be easily categorised. Best described as a hybrid between a strategic puzzler and a balls-out symphony of destruction, Blast Corps sees you take control of one of a number of demolition vehicles to clear a safe pathway for a runaway nuclear missile carrier. There are stacks of levels, loads of secrets, and a compulsive gameplay loop that allows you to revisit levels once they have been cleared to maximise your scores and times, earning medals and glory along the way. It stands up really well to this day, and would be a tremendous addition to this library. The soundtrack, which increases in intensity to match the action onscreen, is also splendidly bonkers.

It may not have made it to Europe, but this splendid tactical role player previously hit the Virtual Console, so there is no reason why they shouldn’t consider dusting it off as one of the N64 games on Nintendo Switch as they have with Sin & Punishment. Almost endlessly customisable, and a huge challenge, this remains one of the best examples of the genre to this day. It was originally housed on a huge cartridge, and it looks absolutely stonking. There is a sweepingly epic storyline, and a real time combat system that sees you taking control of up to fifty units at a time. It never feels overwhelming. Arriving at a time where the Gamecube was on the horizon, this is one of the best games that many people never played. Nintendo – get it done and bring this N64 game to the Nintendo Switch Online Expansion Pack.

Heralded as the first time that artisan game-lords Treasure had worked on a piece of Nintendo hardware, this was actually a joint effort with Enix before they got into bed with Squaresoft. It is classically Treasure, mind; deceptively complex, with a crazy amount of depth, batshit control scheme, and boss battles that defy the conventions of the genre. The core mechanics of the game involve your protagonist being able to grab, shake, throw and manipulate scenery, items and even enemies in order to progress. It takes a few levels to get your head around how it all works, but really starts to hit its stride once the mental bosses start to show up. It is unlike any other platformer on the system, or indeed anywhere, and would be a joy to revisit.

The N64 Castlevania titles get a lot of unwarranted hate. I have included both of them, as they both came out during the same year. There is little to choose between the pair. The first release is probably slightly tighter in terms of level design, and a streamlined experience. Legacy of Darkness comes off like an enhanced remix, added a new Werewolf transformation, and has some genuinely pant-soiling sequences. To this day I cannot enter a hedge maze without a lingering fear that I am going to be pursued by a Frankenstein’s monster with a chainsaw arm. These games had the unenviable task of following Symphony of the Night canonically, but also dropping during an era where the world was going loco for 3D Zelda. For me, the first two 3D entries in the lauded series are great fun, and perhaps for the first time add a very real gothic sense of dread and survival horror tropes. It also features skeletons riding motorbikes, and let’s face it we all need a bit of that in our lives. Would play again/10.

After they had rendered every other Super Nintendo football release obsolete with their 16-bit classics, Konami took the already ace Deluxe and retooled it in 3D for the 64 in 1997. So good was the first N64 ISS, that even Shigeru Miyamoto piped up to acknowledge its majesty. In fact, at the time, the only criticism most reviewers could level its way was the lack of licensed players and kits. Released to coincide with France 98, yet still not actually fully licensed, the follow up is nonetheless easily the premier sports title for the console, and remains so much fun to this day that I would take it over any modern FIFA as a couch based multiplayer romp.

It does have the real players, with their respective stats and abilities albeit misspelled. This means the smirk inducing likes of “R.Faggio”, but also an astonishingly close Scotland squad, where Tosh “Mckinley” joins Colin “Hendrie”. You also got a moody face off between Ravanelli and “The Guv’nor” Paul Ince on the cover. The “Scenario” mode, which has been pinched and evolved in modern sports titles, remains a fave as you get thrown into precariously balanced situations that you need to score or defend your way out of. Nothing would be better than to relive that summer of 98 on the Switch.

Just like the 3DS, the N64 featured a Pilotwings as a launch title, and it was fantastic. The laid-back flight sim gameplay is a great way to spend an afternoon, floating around the colourful, stylised islands in three classes of aerial transportation that all control intuitively. As well as maximising your best rankings on the breezy selection of stages, there are also some killer minigames – in particular Cannonball which involves the always fun act of flinging folk at a target for the best points tally possible. One of the best ways to enjoy Pilotwings is the free flight mode which allows you to explore the many secrets of your environs, as the jazzy soundtrack warbles along like a pornographic movie. Paradigm cut their teeth making real flight sims for people like Lockheed, and clearly their grasp of the physics of flight are at play here. This one has never been rereleased, and therefore would be a welcome future drop as one of the N64 games Nintendo Switch could show off.

Sticking with Paradigm, they teamed up with EA to release one of the most fun – and least remembered racing titles of the era. With classic arcade gameplay reminiscent of some of the Need For Speed titles, this eschews a varied list of licenced supercars in favour of the loveable VW Beetle. But that doesn’t mean a lack of velocity – this one moves along at a right old lick which still impresses today. Best of all is the fact that as per the title there is an exploratory element and it feels like a driving adventure rather than a straight up racer. There are some cracking set pieces and it is just a bright, bold, joyous riot from start to finish. Throw in a battle mode, enjoyable multiplayer and some genuinely hilarious unlockable cars, this one deserves a modern revisit. The whole EA thing may make it tricky for this one to happen, however.

Any 3D platform adventures on the system are going to be cruelly judged against Mario and Link, which is why a lot of PAL folk never played the sophomore Western Geomon, and one of the reasons why a boxed copy of this bad boy will set you around a ton on eBay. The 2D Super Nintendo Mystical Ninja is one of the finest games on the system, and was wildly popular at the time after receiving rave reviews. On the 64, Geomon doesn’t quite hit the same heights but this is still a killer platform adventure that has bags of laughs and some innovative FPS sections. The surrealist take on a sci-fi tinged feudal Japan, knowingly offbeat script, selection of bonkers minigames and unlockables and unforgettable soundtrack make the small flaws like dodgy camera and uneven platforming easy to ignore. It would be great to spend some more time in its charmingly nonsensical world once again.

It would require a bit of jiggery-pokery – or should that be Jigglypuff-pokery – but if Nintendo could shoehorn all of the stuff that Stadium 2 allowed you to transfer into the game from your handhelds, then this pure battle riot would be an incredible addition to the modern N64 lineup. This is Pokemon in its purest distillation. No annoying storylines, just pure monster on monster battles in the all new setting of White City. It looks great, appeals to the card-carrying collectors and old school heads like me, and would sit beautifully alongside Pokemon Snap on my Switch.

People bang on about No Mercy, but in my eyes the true king of N64 wrestling titles was this million-plus selling classic, which came along at a time where WCW had never been more popular. It absolutely piledrove Acclaim’s weak WWF tie ins, and featured the hottest talent on the planet at that time – the super cool heel nWo faction, and the on-fire, undefeated powerhouse Bill Goldberg. Crucially, a lot of UK based fans found it harder to access the WCW product, so bought this in their droves to vicariously live out their Ted Turner based fantasies.

It plays like a dream with an intuitive grappling system, has a roster that is deep and varied, and has recognisable arenas and events to battle in. Due to Vince McMahon and Peacock owning the rights to most of what played out onscreen, the likelihood of this happening is about the same as me dethroning Roman Reigns, but a boy can dream, right? Even if it is about N64 games Nintendo Switch.

The king. If you know, you know.
MORE LIKE THIS
n64nintendo 64nintendo switch

New Trailers For 3DS Version Of Ocarina Of Time