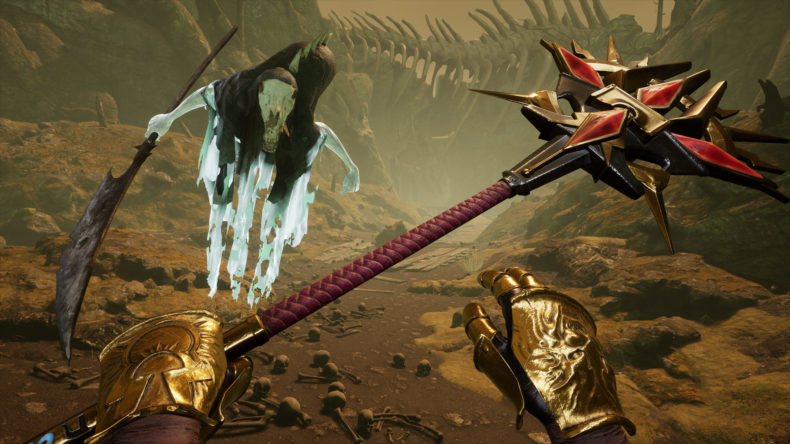 The latest adventure from Games Workshop and Carbon Studio, Warhammer Age of Sigmar: Tempestfall, has been released today on Steam VR, Viveport, for $29.99, and will be coming to the Oculus store on November 18th.

Tempestfall takes place in the realm of Shyish after the cataclysmic “Necroquake”, which fans of Warhammer lore will recognise as a magical disaster that swept across the Mortal Realms. Now besieged by the Nighthaunt hordes, it falls to your character, the Lord-Arcanum, to venture into the Realm of Death to save your order.

Using enhanced physics, the combat system of Warhammer Age of Sigmar: Tempestfall allows you to grab and hurl your enemies, knocking additional combatants into hazards before they even have the chance to join the fight. This allows for fast-paced strategic battles where you can outsmart enemies as well as best them. 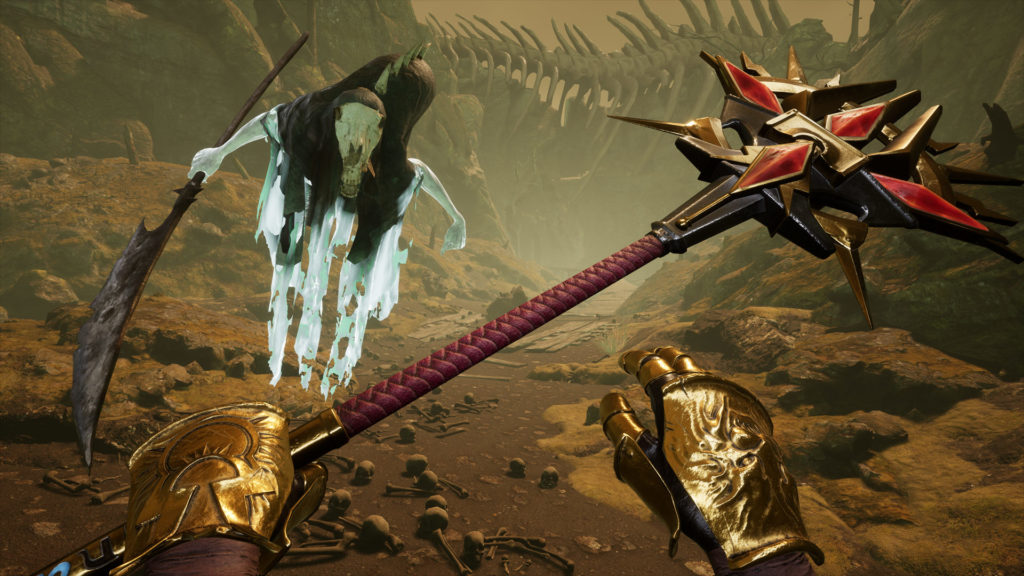 Carbon Studio have a decent track record with VR titles so far (having developed The Wizards – Dark Times and Alice VR), and the world of Warhammer Age of Sigmar is brimming with lore and history, meaning the story campaign will be fully fleshed-out. You’ll wield iconic weaponry and use precious Sigmarite to upgrade your weapons, while striving to survive the grimdark nightmare of the Realm of Death.

This being a being a VR action game you can expect visceral combat and dazzling magic as you fight through swathes of enemies, upgrading your weapons to become stronger and harder to kill. You can even utilise environmental hazards to defeat the evil armies of Nighthaunt, so expect to be fully immersed in world of Tempestfall when you strap on your headset.

Warhammer Age of Sigmar: Tempestfall is out now on Steam VR, Viveport in English, French, Italian, German, Spanish, Japanese, Korean, Russian, and Simplified Chinese. It will be added to the Oculus store on November 18.

Senior Content Editor Mick has been playing games for over 30 years and writing about them for around 12. After drifting from site to site for a while, settling briefly at the now-defunct Made2Game and freelancing for the gone-but-not-forgotten NintendoGamer Magazine, he came at last to rest at Godisageek. Mick has been a reviewer, staff writer and content editor here for some time, while also moonlighting a little for Red Bull Games. He has 4 kids, has written 2 novels, and sometimes even manages to pay a bill or two. You'll usually find him defending the galaxy in Destiny 2, battling evil in Diablo 3, or lurking in the background on Twitter. Find him there @Jedi_Beats_Tank, or on XBL (JediWaster247), PSN (Jedi_Waster) or Nintendo (JediWaster).
MORE LIKE THIS
Carbon Studiogames workshopOculusvr