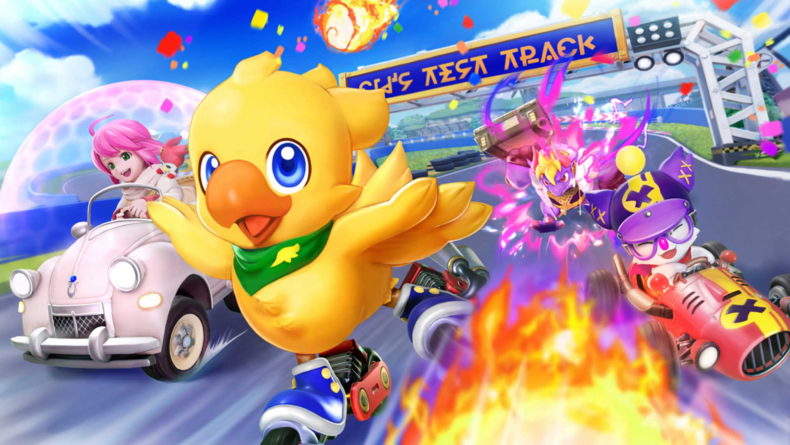 It may not be the new Mario Kart everyone wants, but Chocobo GP now has a release date and it’s March 10th, 2022.

It is a kart racing game, but it’s set in the world of Final Fantasy, and features characters from that series instead. The new trailer genuinely starts with the line “Ready, set, Chocobo!”. Character wise it doesn’t look like it’ll be main characters from the series, despite there being a story mode. Though I did notice FF9’s Vivi and Steiner there, so perhaps there are characters from other games in the series as well.

Here’s the official blurb on the game:

Racers can play through the Story Mode prologue in single player mode and can participate in both local and online multiplayer races with up to eight racers, if hosted by a friend with the full version of the game. Chocobo GP Lite players can also test out the fast-paced 64-player tournaments. Additionally, save data can be carried over from Chocobo GP Lite to the full game. Ensuring players can seamlessly keep any items or currency obtained into their greater racing adventure.

Chocobo GP is exclusive to Nintendo Switch, and is coming on March 10th, 2022.