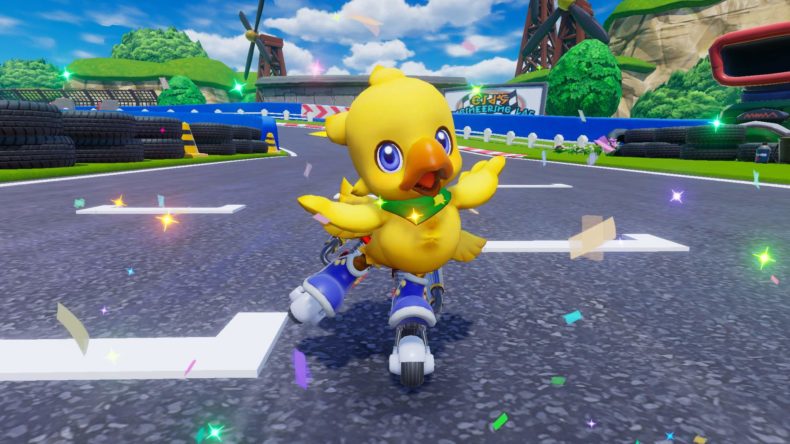 You have to love it when a game like Chocobo GP knows exactly what it is. Early on in the story mode of this Switch-exclusive Kart racer that isn’t Mario Kart 9, you unlock several characters at once. Atla, a Moogle, and friend of the titular “Chocobo” isn’t facing the camera, but may as well be, when they say “We’ve got such a big group now. Shouldn’t your party typically grow one at a time over the course of the game?”, and it’s – quite simply – brilliant.

This is the level of tongue-in-cheek that Chocobo GP is playing with. Cid is present, and he wants to get involved because he’s fed up with always appearing like an old man. Summons are given personalities and cartoonified, all while various other Final Fantasy characters and animals are racing around on Karts, offering both challenge and accessibility. While it’s not genre defining, nor revolutionary, Chocobo GP really is just a win on all counts. 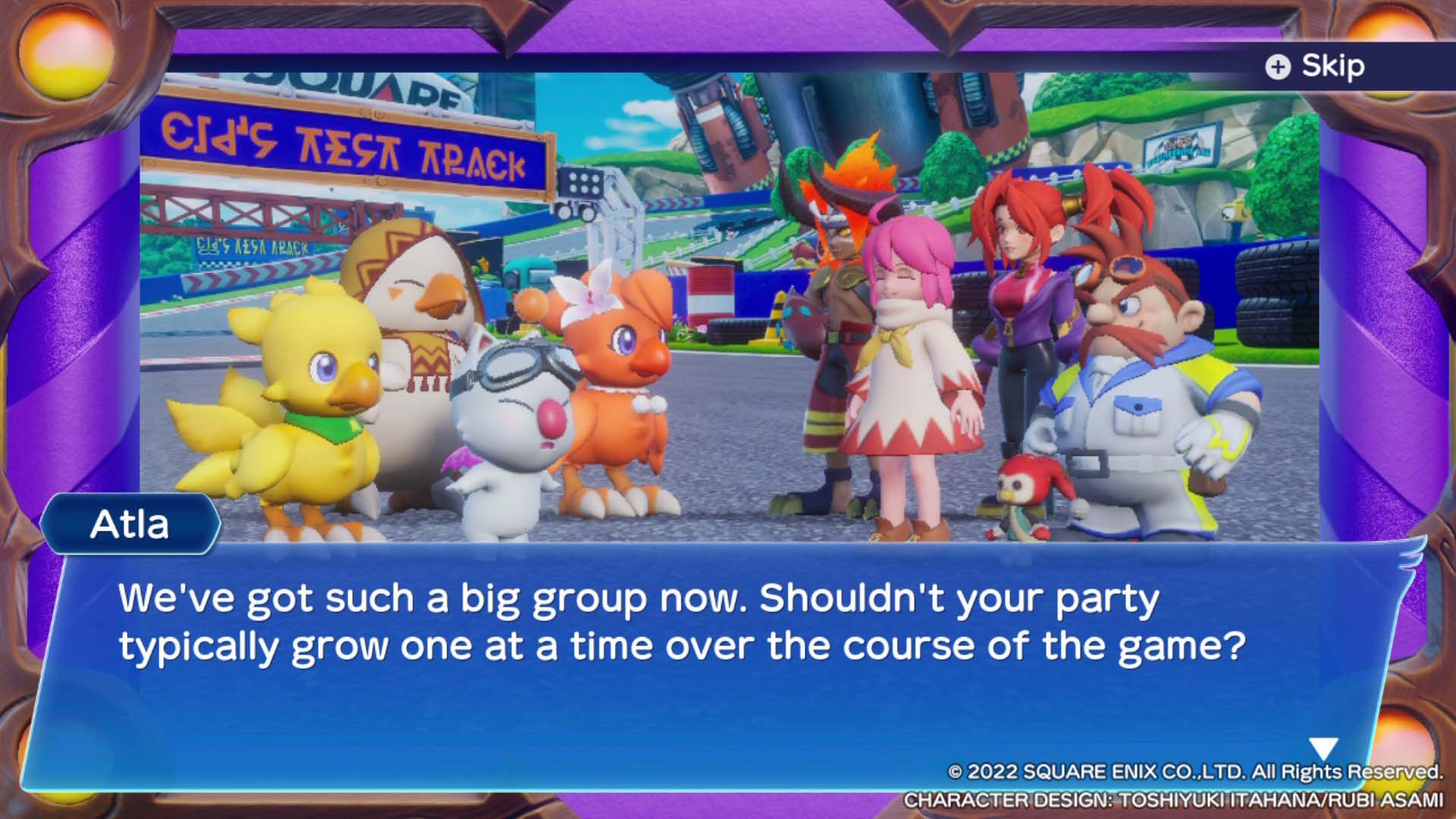 On that note, there are two starting choices to race with, beginner or expert, and while these are essentially the difference between 50cc and 150-200cc in a Mario Kart title, neither penalise you in any way for your choice. The game goes out of its way to tell you that rewards will come whichever difficulty you choose. Challenge wise, there seems to be less rubber banding that you’d usually find in an arcade racer, and while on “expert” there’s a challenge to coming first, it never feels as though they’re magically appearing behind you suddenly.

Well, except for when the characters on the track actually use magic, of course. Like any Kart racer worth its salt, you collect power-ups as you race through them, here called “magicite”. They range from the simple boost to the more colourful attacks, but there’s a twist to Chocobo GP in that each character has their own specific skill or ability. Chocobo itself, for example, can boost like crazy on it’s rocket skates when the meter is full. Ifrit can fire a barrage of fiery damage ahead of his racecar. 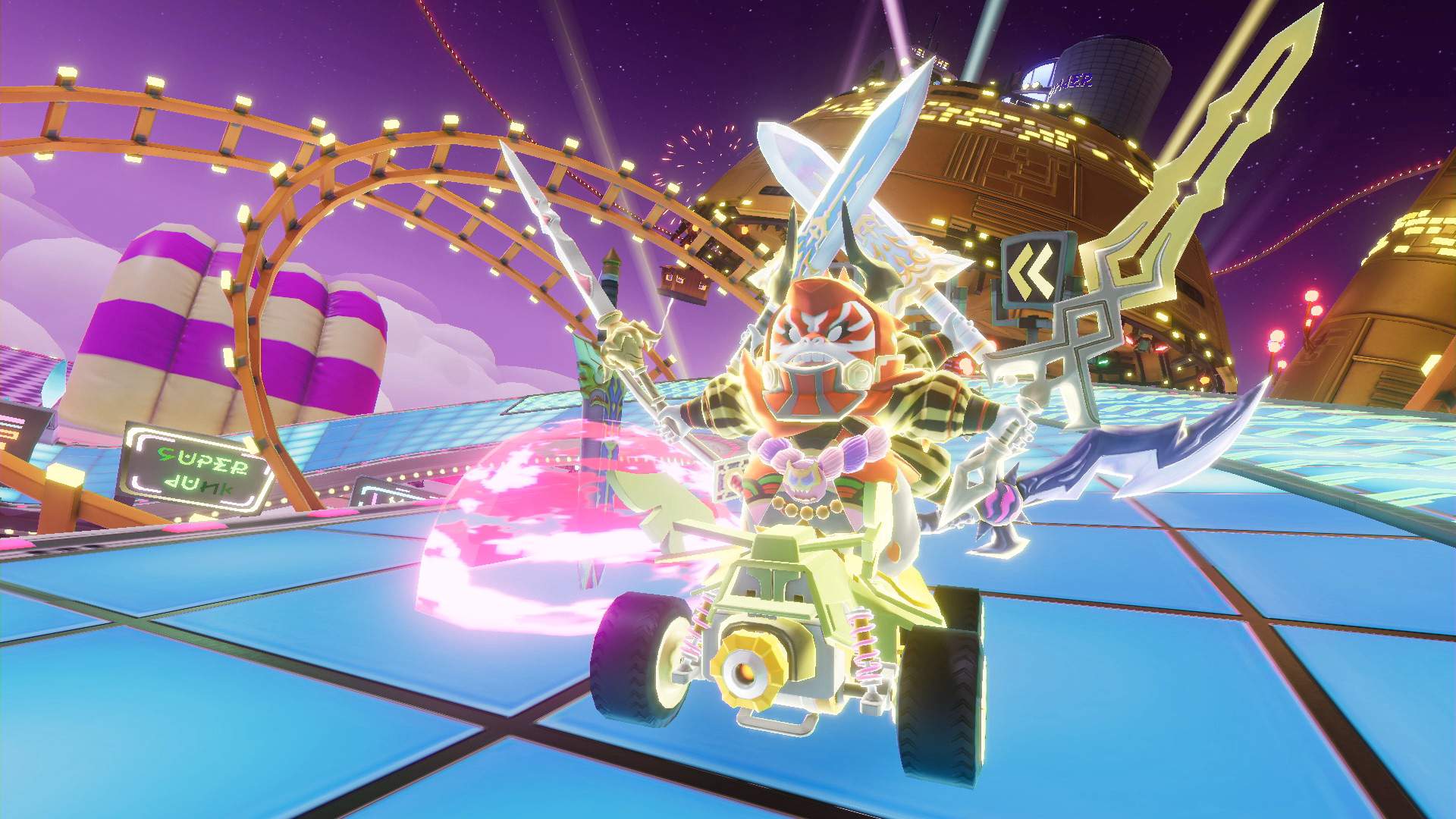 This adds an element of strategy to who you pick, changing things from “I like Chocobo, she’s my favourite”, to “well, I want to use Ifrit because I want to blow you to kingdom come and overtake you that way”. It’s a charming cast as you’d expect, with plenty of racers to unlock and a huge amount of customisation on offer, should you fancy that. You’re going to be racing on tracks representing lots of Final Fantasy games, as well. We’re talking places like the Gold Saucer, Alexandria, Zozo, and a lot more.

Monetisation might be an issue, however. There are three currencies on offer, one which you can just acquire through racing, while there are others you will need to pay real money for. It’s not in your face, as such, and you can seemingly unlock colour palettes and stickers for your crew as you play, while new racers can also be acquired organically. Aside from the obvious reason, I can’t see why a real world store is necessary for an otherwise cute and accessible game. And I can seriously see the monetisation here being the developer getting in it’s own way a bit, really. 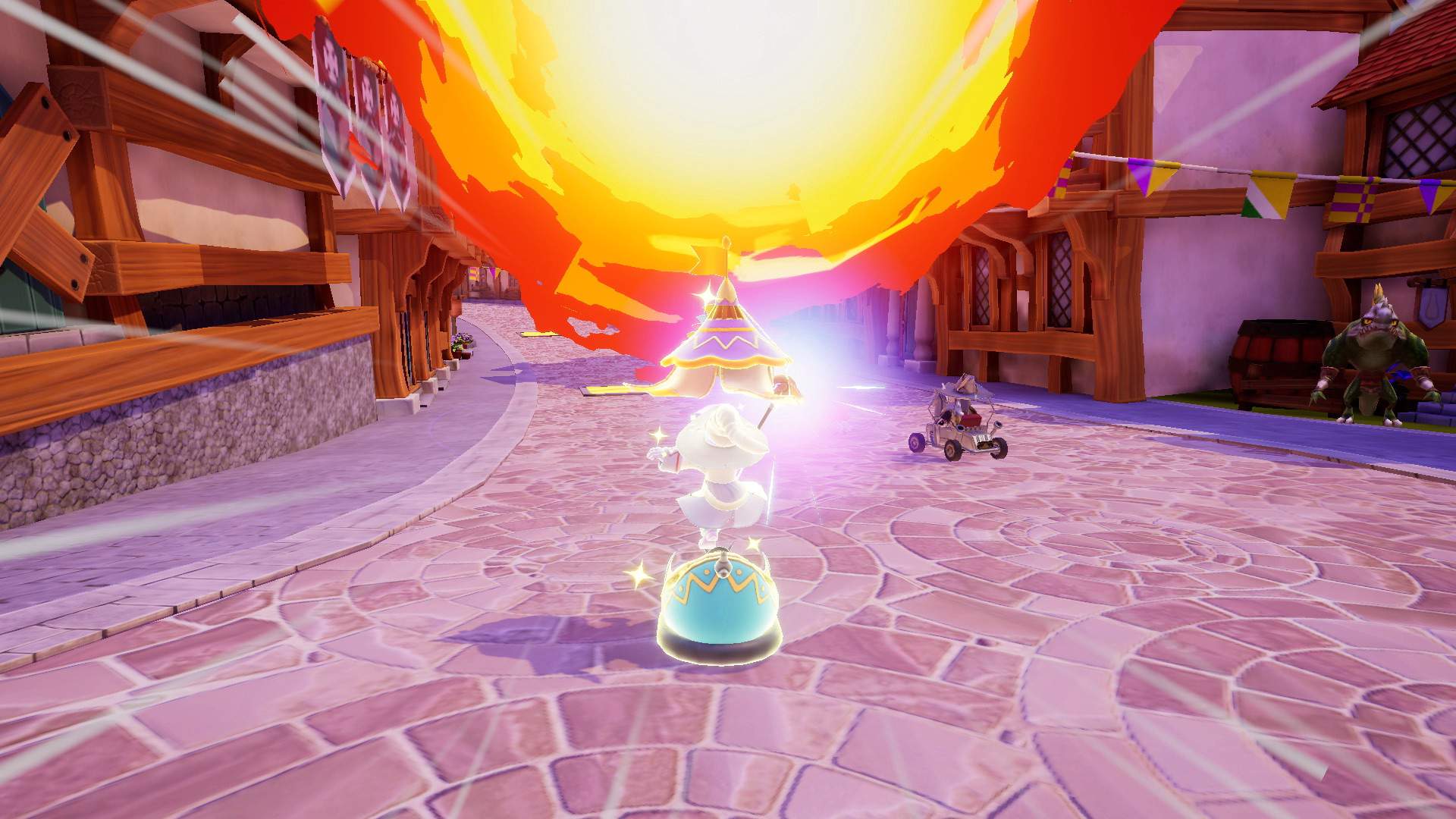 Outside of the story mode, there are multiple options to race to your heart’s content. If you tire of playing single player races against ghosts, there are even two options for online multiplayer. You can just do the standard, exactly-what-you’d-expect version, or take part in a 64 player knockout tournament. Again, nothing revolutionary here, but nice options to have, regardless.

You’ve got the standard jump into boost slide Kart-gameplay, with weapons, abilities, fun courses, and a variable difficulty choice. Without doing Chocobo GP a disservice, it rather does what it says on the tin. It’s a fun, self-aware, enjoyable bit of Final Fantasy fan-service all wrapped up in a Kart racer that is superb on the track, and might even end up offering some highly competitive races between friends.

Not every game has to break the mould, yet Chocobo GP does enough thanks to the characters people know and love, and the fact each individual has their own merits, to warrant a place at the table. It won’t usurp Mario Kart 8 Deluxe, especially now it’s getting new tracks finally, but I think it knows that, and is pretty fine with it. Chocobo GP is a good time for all, and you’ll have a good laugh playing it, and sometimes, that’s just enough.

Story won't be for everyone
Monetisation isn't necessary

Sometimes you just want a bit of fun and a laugh, without needing a revolutionary experience, and Chocobo GP fits that bill nicely.