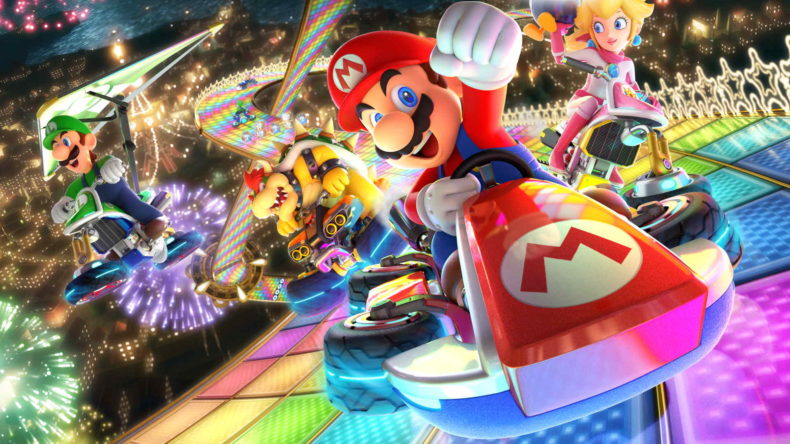 With the rumour mill powering into overdrive as we approach E3 2021, eyes will be on the big presentations for some big surprise. And with Nintendo announcing their own presentation on June 15, 2021, at 17:00 BST, it got us thinking here at God is a Geek what that surprise could be. Move over Breath of the Wild 2 and Metroid Prime 4, we’re thinking BIG with a show-stopping announcement of Mario Kart 9. You heard it here first, maybe.

But just what could a brand-new Mario Kart game on the Nintendo Switch actually look like. We don our thinking caps (that are only sometimes made of tin foil) and postulate what we could expect from a new Mario Kart title 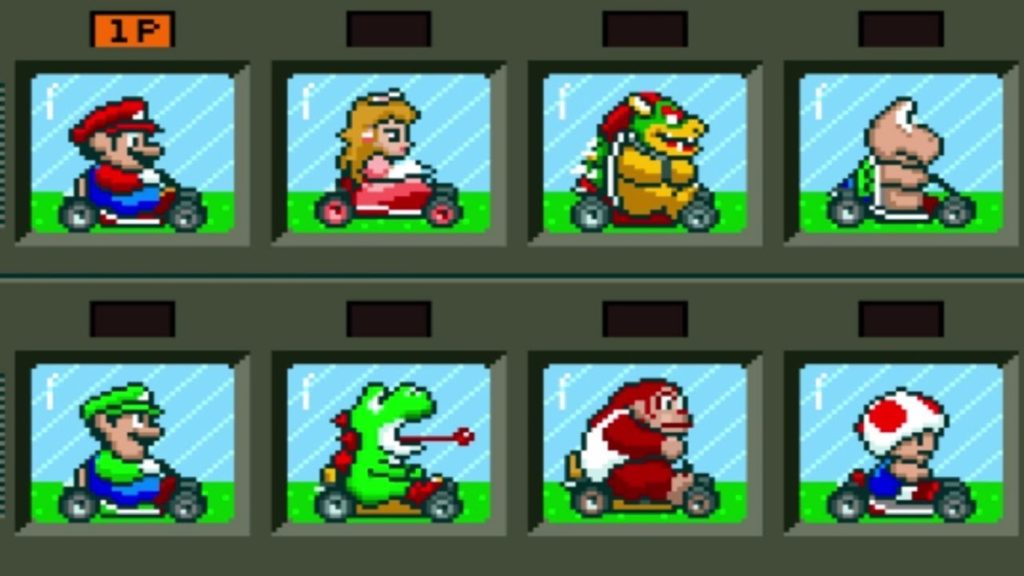 Mario Kart has had rosters that have grown over time, with 43 characters available on Mario Kart 8 Deluxe. And it wouldn’t be completely out of character for Nintendo to pull a Super Smash Bros. Ultimate-type reveal and announce every character from the series is now available to race in the latest title.

It means your favourite forgotten heroes could finally return to the racetrack. Anyone pining over Donkey Kong Jr. since his time on the original Super Mario Kart could finally be in luck. Or if R.O.B. was more your cup of tea, from Mario Kart DS, then your prayers would be answered.

Bolstering rosters feels like the easiest addition to this type of game – as we’ll discuss more later – and so it’s not inconceivable that every character in the history of the franchise could return. I think it’s also safe to bet that there would be more surprise new characters announced as well. Given their recent addition to Mario Golf: Super Rush, it wouldn’t be too much of a surprise to see Pauline, Chargin’ Chuck, and King Bob-omb included, especially given the former has already been included in Mario Kart Tour.

Create your own tracks 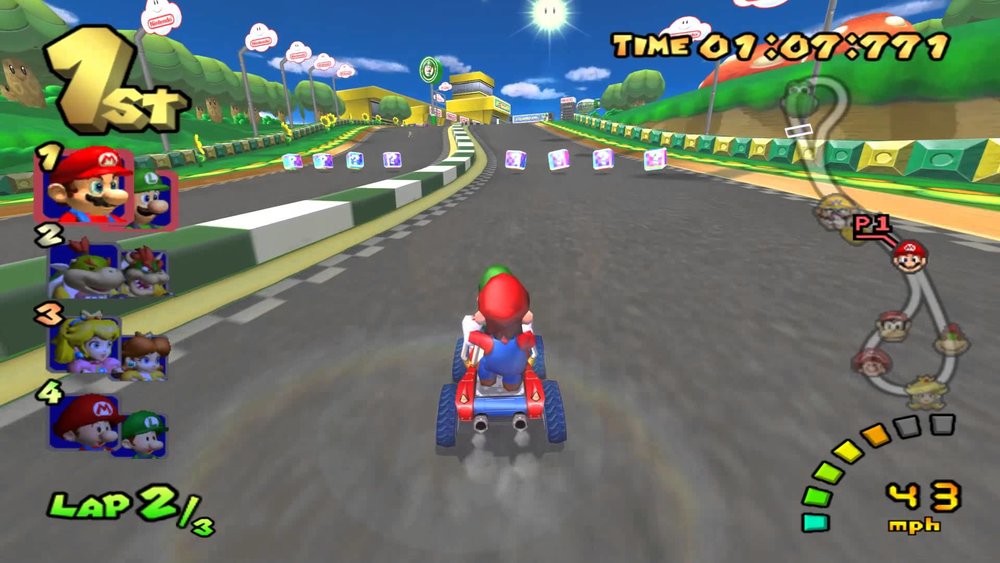 Whilst this may feel like a bit of a naff suggestion, stay with me on this one. Yes, it’s true that it can be difficult to really execute proper track creation, but I think now could finally be the time where it can be done in a competent way. We’ve come a long way since the random track generators of F-Zero X, and there have been signs recently of Nintendo considering the idea of creator content more and more.

Aside from the obvious Mario Maker comparisons, there was the Dungeon Creator mode in the remake of The Legend of Zelda: Link’s Awakening recently too. And arguably Nintendo’s biggest nod to this possibility is Game Builder Garage where Nintendo has clearly considered what tools it would need to provide users to create fun and inventive experiences.

As such it’s not too much of a leap to move to creator courses in a new Mario Kart game. Friends could share and race around their own tracks for bragging rights. And whilst an increased track selection is always on the cards with a new Mario Kart title, having players able to create their own would be a big bold new step. 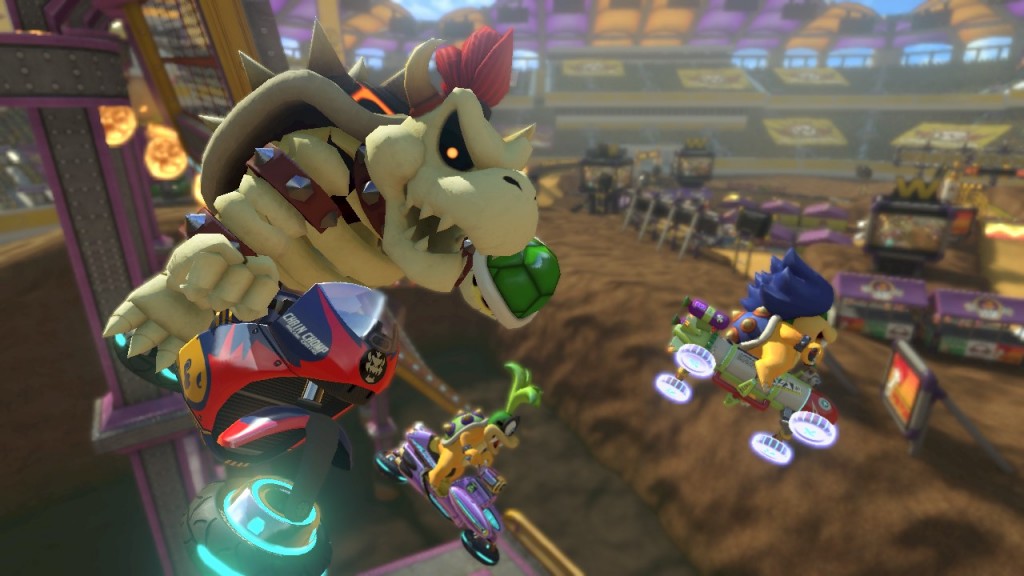 As I type this, I breathe a heavy sigh. In 2021, I shouldn’t have to be saying that a new game should have a great online experience. But this is Nintendo and things always seem more protracted than they need to be. A new Mario Kart title should be the game that really grabs the Nintendo online experience by the scruff of the neck and drags it into the here and now.

An experience that is fast, that allows you to connect with friends quickly and simply is paramount. Menus that are intuitive and options that allow for a race full of friends, and not just a limited group of four.

There is such a large fanbase for Mario Kart, with Mario Kart 8 Deluxe being the best-selling game on Switch, selling an eye-watering 35 million units to date. There’s plenty of people who love the series, and it should be paramount that Nintendo irons out letting them play together online. 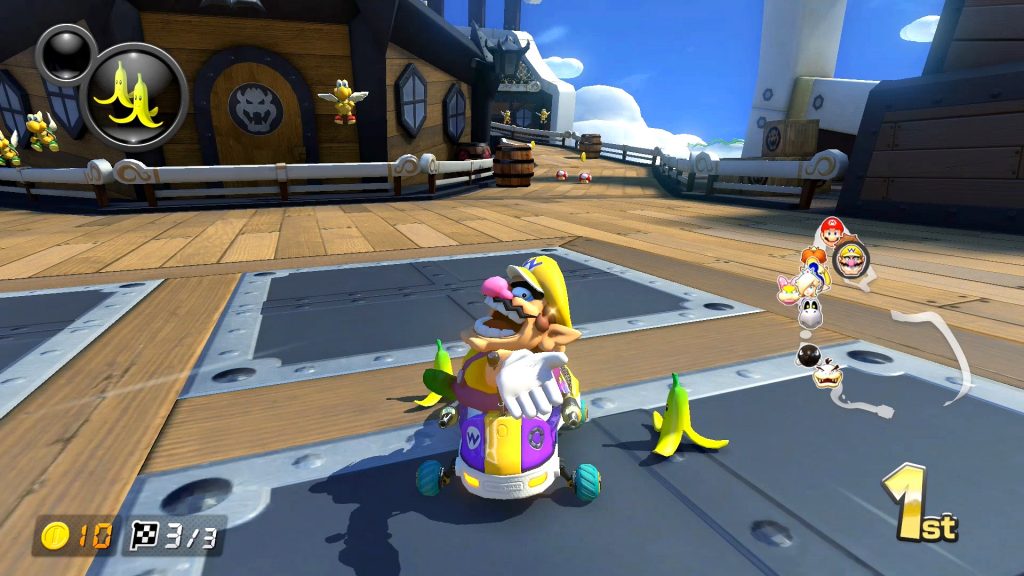 One of the most contentious points about Mario Kart is its rubber banding. The mechanic whereby racers behind catch up with those in front more easily. It’s a delicate balance that coupled with the items available to a racer in a given position, can drastically alter how Mario Kart feels to play.

At times, it can go from a racer, which tests racers, but ultimately the best racers still end up on top, all the way to being a random potluck who crosses the finish line first. There are arguments for both ends of that spectrum depending on who you speak to. Normally those looking for leaderboards and bragging rights want the former, whereas those just looking for multiplayer fun, prefer the latter.

There’s no right answer, which is why being able to tweak the level of rubber banding present, as well as tailor the item loadouts – similar to how you can on Super Smash Bros. Ultimate – is critical. Letting people agree on the settings before they race means no one is upset, and everyone gets the Mario Kart experience they want.

Mario Kart as a service 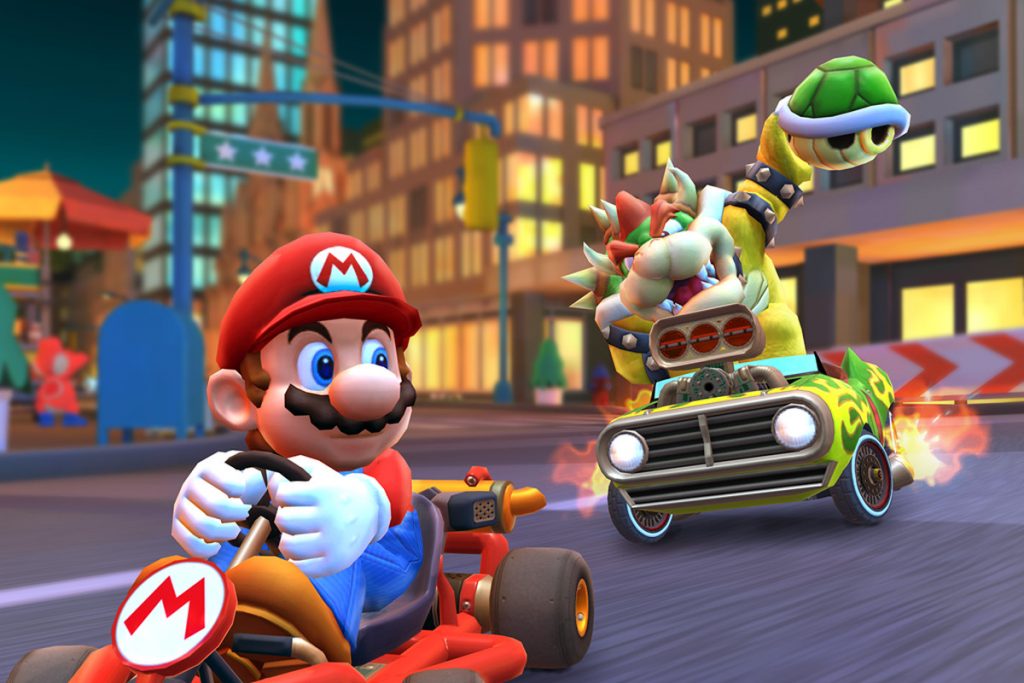 Perhaps the most contentious one on the list, but by no means a dirty phrase or that unlikely either. Having Mario Kart as a service actually makes a lot of sense. People can pay for the base game and then enjoy that, but a new Mario Kart game could be monetised well for those interested in additional options.

You could easily add new outfits to racers, as well as new paint jobs or skins to karts. There could even be new karts altogether. Branching further afield you could even have unique characters and tracks locked behind additional paywalls.

Whether it’s done through a season pass type mechanic, or simply through microtransactions, it does make a lot of sense. I think a lot of people would welcome the opportunity to extend their Mario Kart experience by playing more tracks or as more characters too if the cost was kept to a reasonable price.