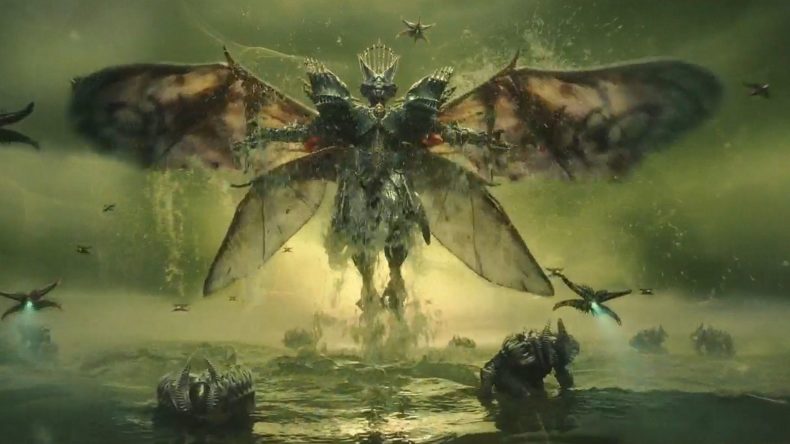 It’s fair to say that it has become almost impossible to easily explain the plot of Destiny to newcomers. There is a cohesive story, if you want to follow it back through eight years, two games, half a dozen major expansions, and several-dozen overhauls of systems, features, and mechanics. Bungie’s behemoth is hardly welcoming to the uninitiated. And yet, with Destiny 2: The Witch Queen, the long-standing fans finally have a reason to be excited, perhaps even proud, of how far the game has come.

The Witch Queen expansion sits comfortably atop the content podium, above both The Taken King and Forsaken. The former emerged at a time when the original Destiny was in something of a mire and truly blew off the cobwebs. Forsaken did much the same for the sequel. Destiny 2’s initial plot – about a Cabal invasion of Earth – is largely forgotten now. Bungie has spent the last 6 years building on a narrative first introduced with The Dark Below and continued in The Taken King.

Destiny 2: The Witch Queen – a story years in the making

To the layman, Destiny’s cavalcade of alien aggressors may be fairly interchangeable. But to fans, it is the Hive that have always been billed as the primary antagonists. Over the years, the Vanguard – the military force that polices, trains, and deploys Guardians in the defence of Earth and the Traveller – have made allies of the tragic Fallen and noble Cabal. The machine-like Vex follow their own agendas that only weave in and out of the narrative. But the Hive, a demonic, almost Lovecraftian pantheon of gods and demigods, have always been the true monsters of the Destiny universe. 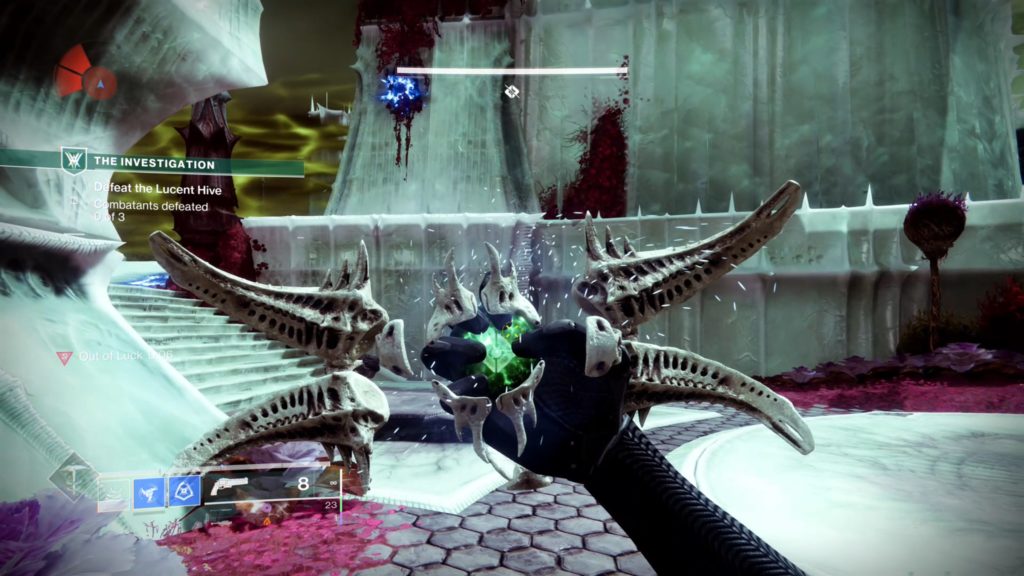 Intelligent, warlike, and ruthless, the Hive were thrust front and centre during The Dark Below campaign in 2014. The lore surrounding them is deep and fascinating, presenting them as more than just mindless conquerors. The Taken King, Oryx, gave Destiny its first true villain and real, credible threat. Now the narrative has grown to such a degree that the Red War storyline now feels like an aside.

Light versus the Darkness

While The Witch Queen doesn’t end the ongoing saga of the Light versus the Darkness, it does feel like a defining chapter in the tale. Oryx’s sister, Savathun, has been a driving force in Destiny 2 since the Shadowkeep expansion, but her influence stretches back beyond that. Bungie has been building towards this chapter for years, in both subtle and not-so-subtle ways. 2021 was unarguably the greatest year in Destiny’s history, despite having no major expansion launch.

After Beyond Light, Bungie began to explore the relationship between the Light and the Darkness. It focussed on the benevolent Traveler, and the menacing black pyramid ships that appeared in our solar system. Savathun has been manipulating events and characters for ages, and it finally comes to a head in The Witch Queen. 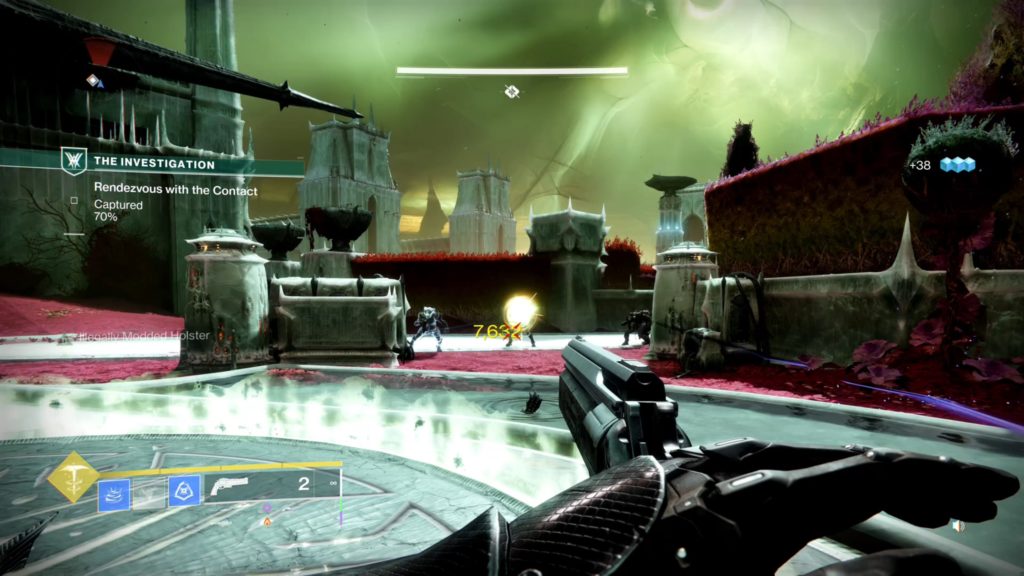 Savathun has “stolen the Light”. Her Lucent Brood are able to use the Traveler’s Light to summon powers functionally identical to the Guardians’, including the most important power of all: immortality. Hive Ghosts can resurrect their hosts, bringing them back unless you can reach them in time and crush them in your hand.

The minute-to-minute action is as gloriously impactful and colourful as it has ever been, but there’s more to The Witch Queen than additional Destiny shooting galleries. The mystery at the core of the expansion is compelling: how did Savathun take the Light? Has she stolen it for nefarious purposes? Does this mean she has turned her back on the Darkness? More crucially, what does this say about the Traveler? Humanity believed it was chosen to bear the Light, but if it can simply be taken and repurposed, how much agency does the Traveler really have?

These questions genuinely add weight to Destiny’s narrative. The past 12 months have been story-rich compared to any other year in the franchise history, and developments in The Witch Queen set the stall out for bigger and better to come. An evidence board allows you to piece together the mystery as you play, and the campaign weaves together with the ritual activities from Season of the Risen, Destiny 2’s 15th season. It introduces a new weapon crafting system, as well as a new patrol space filled with secrets and activities. 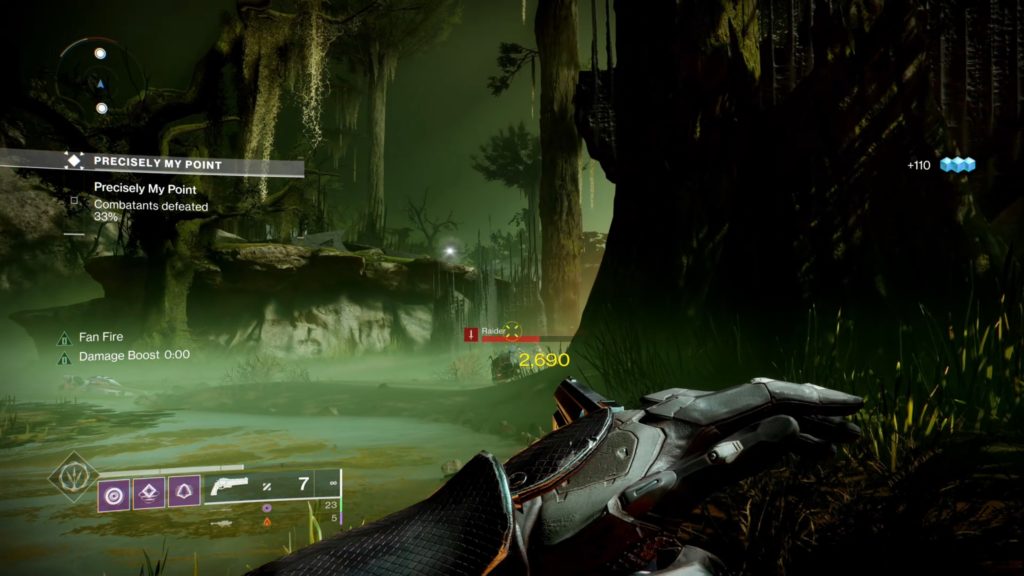 The Tangled Shore patrol space is gone, vaulted by Bungie to make room for more content going forward. I for one am sad to see it go. The Tangled Shore was one of my favourite destinations for grinding, and had a few decent strikes and locations. But its replacement, Savathun’s Throne World, is stunning. It’s the most vibrant and varied Destiny landscape since the jungles of Venus. It wonderfully combines alien topography with the brooding Hive menace of Oryx’s Dreadnought.

As a narrative campaign, The Witch Queen excels. This is without a doubt the best and most involving storyline we’ve seen. Savathun is an incredibly nuanced character. Hers is a story that not only ebbs and flows with her actions, but also has repercussions that will be felt for years to come.

Of course, it’s not all about the story. As usual, Destiny 2: The Witch Queen introduces a handful of new activities, too. But as with every new mechanic added to Destiny, it will take time to know if it actually works. On initial inspection the new weapon crafting system works very well. You need to unlock a weapon’s potential before you can strip it for parts. You then apply those parts to new guns. It not only allows you to build your own God rolls, but gives you a real reason to use guns you wouldn’t normally use. 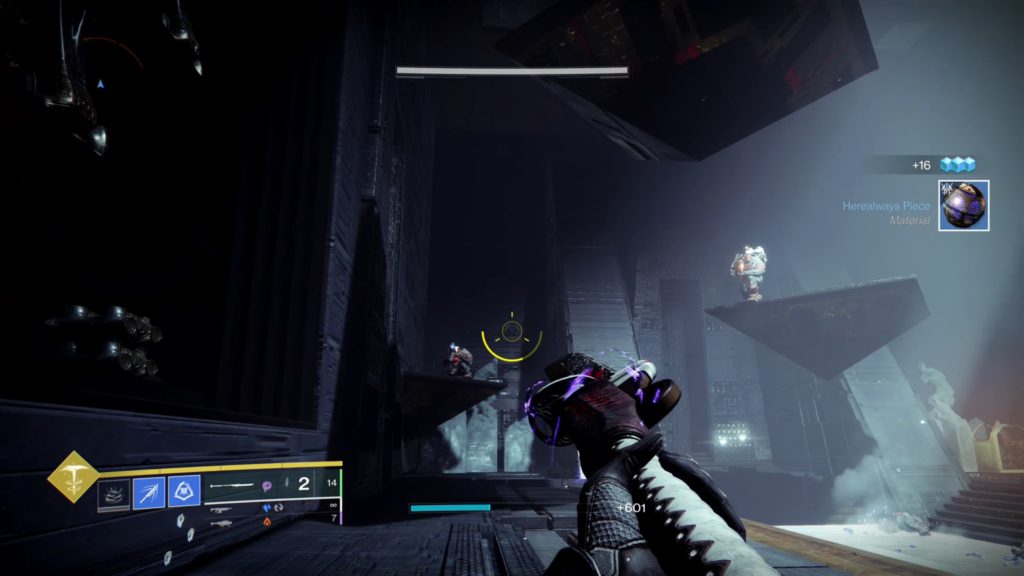 The Glaive feels fun to use, but as with every new weapon archetype, it too will take a while to find its place in the “meta”. Speaking of which, minor changes to the Gambit activity, how playlists work, and how some of the vendors reward your efforts won’t be fully analysed for some time. Void 3.0 is the first of Bungie’s major design overhauls. It brings the Void subclass into line with the Stasis subclass introduced in Beyond Light. It will be a while before we fully understand the pros and cons of the alterations. Destiny 2 will continue to change and evolve, but now it feels like we’re all finally pulling in the same direction.

One for the veteran Guardians

Non-fans likely won’t know where to start with Destiny 2: The Witch Queen, and honestly, that doesn’t feel like a bad thing. I love to see new people jumping into this game and getting invested, but at this point, that’s a genuinely tough sell. So much has happened since we woke up in the Cosmodrome eight years ago – and you can’t even see or play a lot of it anymore. But with The Witch Queen, it feels like Bungie is kind of accepting that too.

Beyond Light felt like a campaign designed as a fresh starting point for newcomers, this does not. The Witch Queen feels like something built for the veterans, for the long-standing fans. It’s both a culmination of years of story and a prelude to something much bigger, and I can’t wait to see where Bungie takes us in the future.

Destiny 2: The Witch Queen feels like something built for the veterans, for the long-standing fans. It’s both a culmination of years of story and prelude to something much bigger.