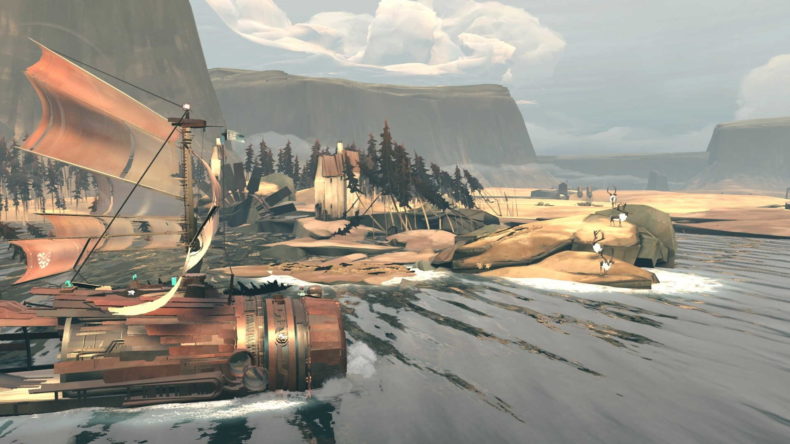 Until now, the FAR: Changing Tides release date had been kept under wraps by publisher Frontier Foundry, but it’s coming out a lot sooner than people realised. the release date, then, is March 1st 2022, and pre-orders are available now.

It’s coming to Windows PC, PlayStation formats, Steam, Epic Games Store, and Xbox via Game Pass. You can pre-order the respective version on the relevant store. It’s the follow up to FAR: Lone Sails, which was released way back in 2018.

You can watch the new pre-order trailer, below. I’ve not played the previous game myself, but this does look like a stunner, for sure.

Along with the FAR: Changing Tides release date, and the news about Game Pass, two new lo-fi soundtrack videos, Soundwaves, have been created using in-game assets. Here’s the official word on them:

“Across a two-hour runtime, these meditative videos invite listeners to lose themselves in the world created by Okomotive, from the gentle lapping of the waves to the rhythmic thump of the mighty engine that powers the ramshackle vehicle across a flooded world”.

According to Steam, the official description for FAR: Changing Tides is as follows. “An atmospheric vehicle adventure that follows the emotional journey of a boy and his ship as he embarks on a voyage to find a new home. Sail stormy waters, dive unknown depths, and explore forgotten ruins in a beautifully realised, flooded world.”