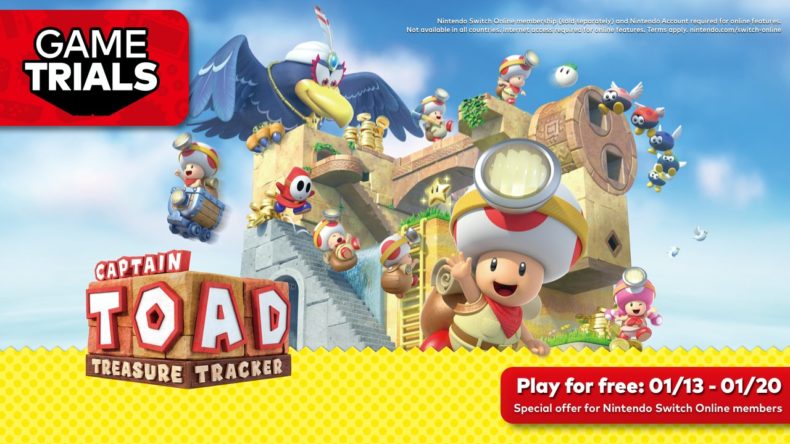 Nintendo has announced that Nintendo Switch Online members can try Captain Toad: Treasure Tracker for free. Members of the online subscription service will be able to try the full version of the game from now until January 20, 2022, at 11:59 PT.

Furthermore, Nintendo has also revealed that players can get a whopping 30% off of the full game on the Nintendo eShop right now. This discount is available until January 16, 2022, at 11:59 PT.

So if you want, you could try out Captain Toad: Treasure Tracker for free now, and if you like it enough, buy it at a discount in the next couple of days.

You can check out the tweet from Nintendo of America below:

We reviewed Captain Toad Treasure Tracker and gave it an 8.5 / 10. Here’s what Nick Gillham had to say about it:

The best part is that this is a great game to play on the go, the levels are short enough to crack out a couple on a short commute or loads on a long one, and they’re packed with extra challenges that take little time to accomplish as well. Yes there are some problems with the transition from machine to machine(s), but this is still a very welcome return of this brand of puzzle-action. I really hope that people do support this re-release because it might give Nintendo that push to make a sequel and that would be very welcome indeed.

Captain Toad Treasure Tracker is out now on Nintendo Switch.