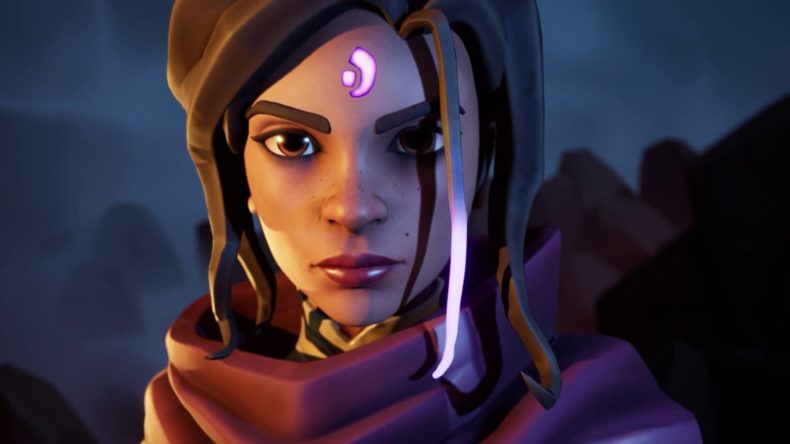 When viewed from orbit, Batora: Lost Haven looks like just the sort of brightly-coloured, frantic place I’d like to land my colonisation ship and put down roots. It’s got everything that would usually make it ripe to steal all the hours of my life. Plucky protagonist, alien world in peril, twin-stick action and one character who appears to be around 80% bare midriff.

The titular Batora is an ancient being, who thinks of herself (for she is presented as a she) as the most powerful entity in the universe. She takes the form of a wizened old woman in a cloak thick with pretty fungus and one of the most instantly annoying voices I’ve ever heard. Earth has been destroyed by a mysterious calamity (again), and it’s up to teenager Avril to somehow put it right. As the Keeper of Balance or the Chosen, Avril is able to use comic space magic to fight against evil at the behest of the guardians. 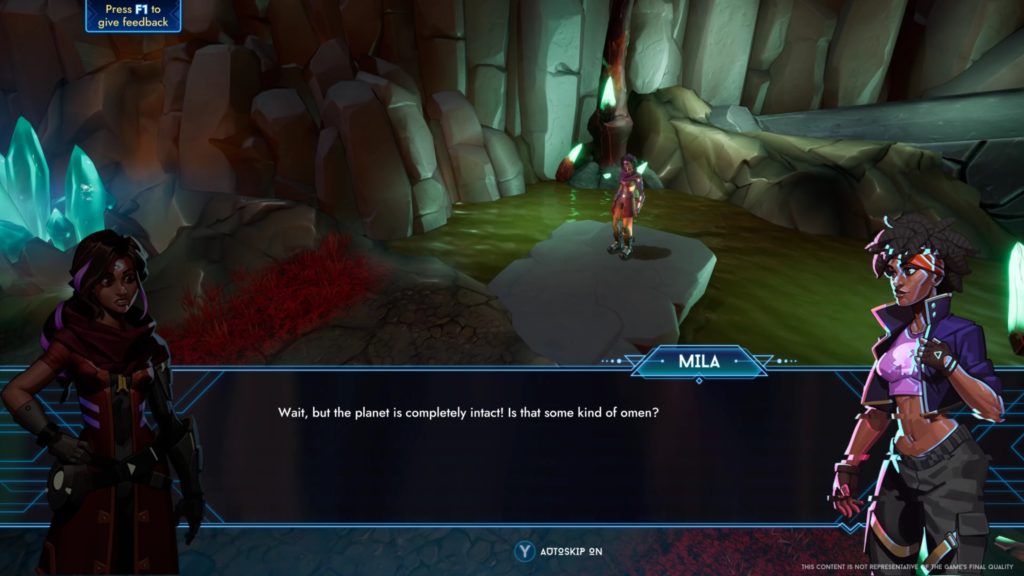 Upon keen inspection a few things began to niggle me straight away. The first was the story presentation. Obviously, this is a work in progress, and the preview build dropped me in several hours into the game. However, the main issue wasn’t lack of context but lack of interest. Nothing stands out here. Batora’s voice had my teeth on edge right away, and Avril is the stock snarky, over-confident teen. It’s hard to think of a more generic character. One moment she’s spitting sarcastic barbs, the next she really cares about the planet she’s on, and then she’s back to rolling her eyes at the absurdity of it all.

She’s aided by a few characters other than Batora, such as Mila the walking midriff, and Carador, whose character portrait shows him as a big alien snake but who’s actually a golden rose on screen. Avril and Mila are apparently stranded on the planet Gryja in the aftermath of Earth’s destruction and are attempting to do stuff. That’s all I really have as nothing is explained in the preview. It’s just a lot of words and terminology. Honestly, it’s not the best way to showcase the game and left me feeling utterly detached rather than engaged. 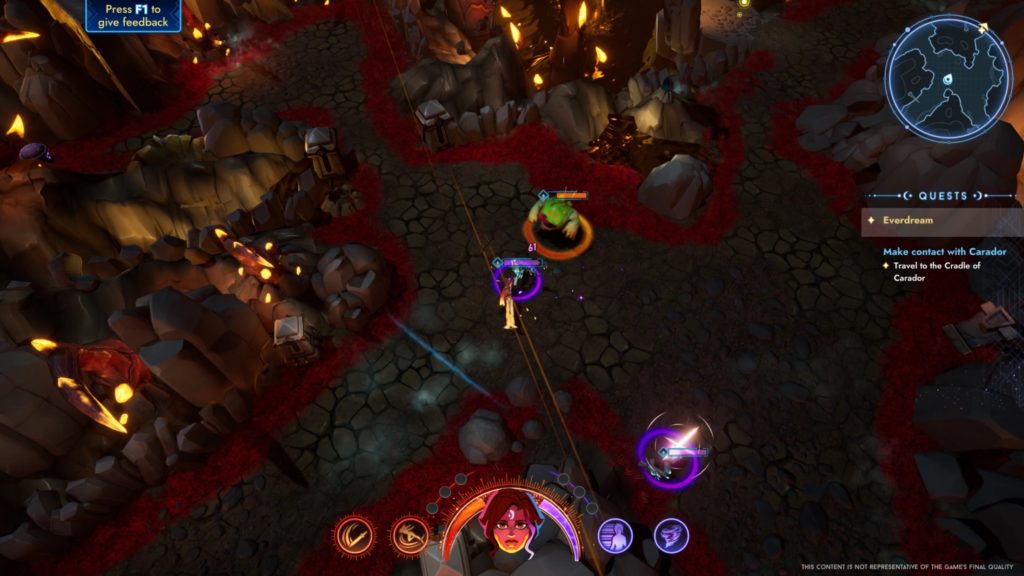 The main drive of the game will be a combination of combat and puzzle-solving. There’s a lot of the former in the preview section, with Avril switching between two states. The orange form is Physical, where she uses a magic sword; the purple is Mental, where she is uses energy projectiles. Each form has a basic combo and a special move, as well as a slightly modified dodge. You’re intended to switch between forms to fight colour-coded enemies, some of which have both colours on their health bar.

In practice though it doesn’t feel smooth enough. Hitting A on the controller to do it in the midst of attacking with X and dodging with B makes it feel a little too clunky, while the combos are too basic and the special moves too standard to excite. It also has twin stick controls in addition to button presses, but it lacks precision and immediacy. I wasn’t having fun, when I really felt I should have been.

You’re presented with a few moments of choice, where Avril can choose from Defender and Conqueror options. It feels at odds with what she’s doing, because out of context all you have to go by are her Joss Whedon-esque ramblings to Mila and she doesn’t sound like much of a Conqueror. The moral choice in the preview comes down to rescue a hostage or take some goodies. I took the goodies, because upgrades, and I got a telling off for my behaviour. How these choices will affect the overall game remains to be seen, but my money is on two diffirent endings and not a whole lot else. 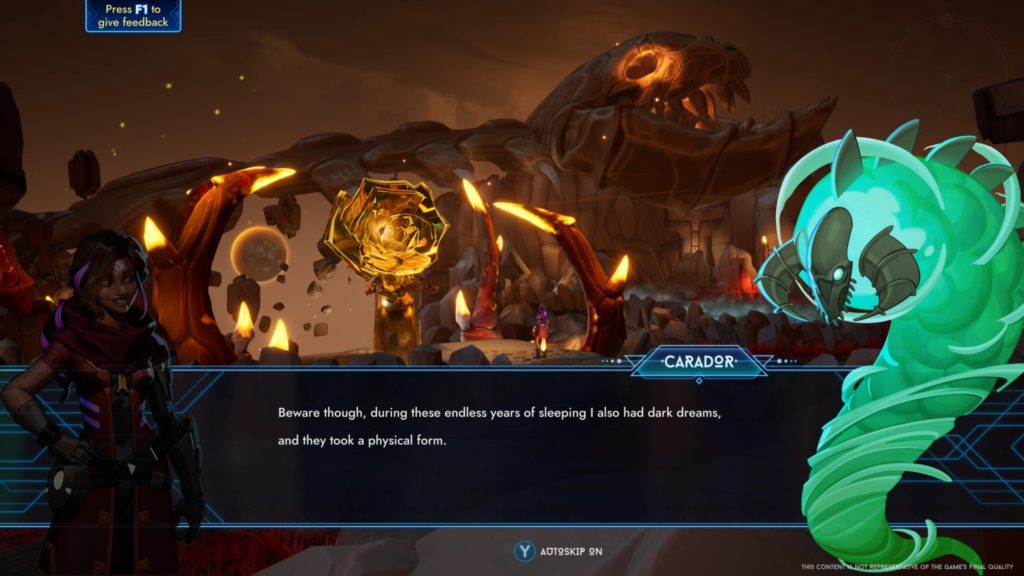 One mildly interesting component is how you upgrade Avril’s abilities. You acquire and slot items called “runes” that adjust your stats to improve your efficiency. Nothing made major differences to her moveset, but the system has potential.

The environmental puzzles I found more irritating than taxing. One asks that you hit golden pillars to rotate platforms, and you need to work out the correct sequence to create a path to the objective. Another required shooting pyramids between moving platforms to create bridges. A third required controlling a huge, unwieldy ball along a narrow path. So the developers have definitely played a lot of Breath of the Wild.

I won’t harp on about the performance issues too much because this is an early build, but they really need to lock the framerate down. It’s a beautiful looking game in places, with bright amber and cyan standing in stark contrast to the grimy caves you’re running around. It just needs to flow a little better. 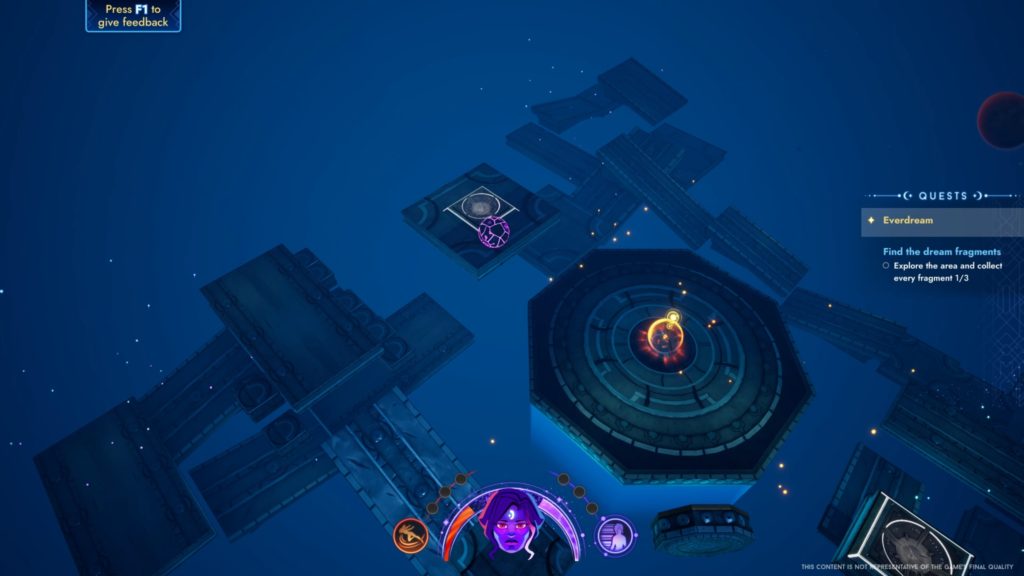 Sadly, though, Batora: Lost Haven just doesn’t do anything new. It’s an isometric hack and slash action game, and there’s already a ton of them in the wild that do cool and interesting things. This most reminded me of Dreamscaper, at least visually – maybe even Darksiders Genesis due to the colour palette. But those games do exciting things with the genre, whereas Batora simply doesn’t.

It’s early days and there’s time to adjust and tweak certain things, but my time with the preview build left me somewhat cold towards Batora: Lost Haven. With a bit of work and some attention, maybe it’ll be more engaging at launch. For now, though, it’s hard to get invested.

Senior Content Editor Mick has been playing games for over 30 years and writing about them for around 12. After drifting from site to site for a while, settling briefly at the now-defunct Made2Game and freelancing for the gone-but-not-forgotten NintendoGamer Magazine, he came at last to rest at Godisageek. Mick has been a reviewer, staff writer and content editor here for some time, while also moonlighting a little for Red Bull Games. He has 4 kids, has written 2 novels, and sometimes even manages to pay a bill or two. You'll usually find him defending the galaxy in Destiny 2, battling evil in Diablo 3, or lurking in the background on Twitter. Find him there @Jedi_Beats_Tank, or on XBL (JediWaster247), PSN (Jedi_Waster) or Nintendo (JediWaster).
MORE LIKE THIS
Stormind GamesTeam17

Remothered – Tormented Fathers is heading to the Switch