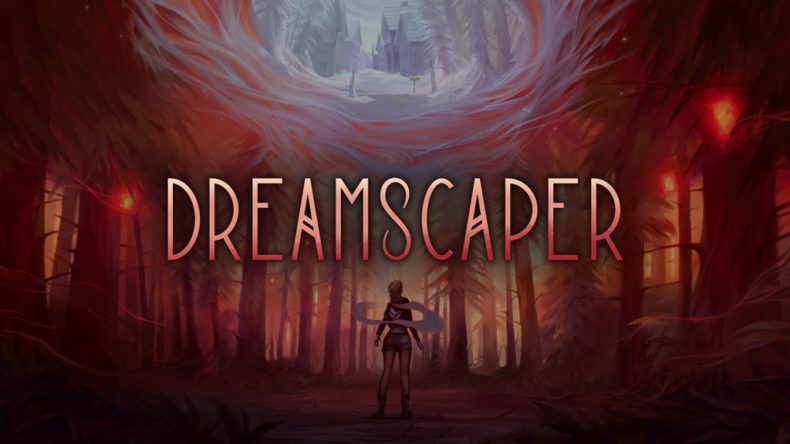 When I checked out Dreamscaper’s early access launch on PC, I knew it was something special right away. As with Curse of the Dead Gods before it, all I kept thinking was “Man, this would be so good on the handheld.” And now, just under a year later, developers Afterburner are here to prove me right with Dreamscaper on Nintendo Switch.

It tells the tale of Cassidy, a young girl alone in a quaint little town. There’s a sense from the off that she is running from something. Not anything physical, but rather the kind of grief born in tragic loss. Beset by feelings of anxiety and depression, Cassidy faces down the demons of her own mental state when she sleeps. 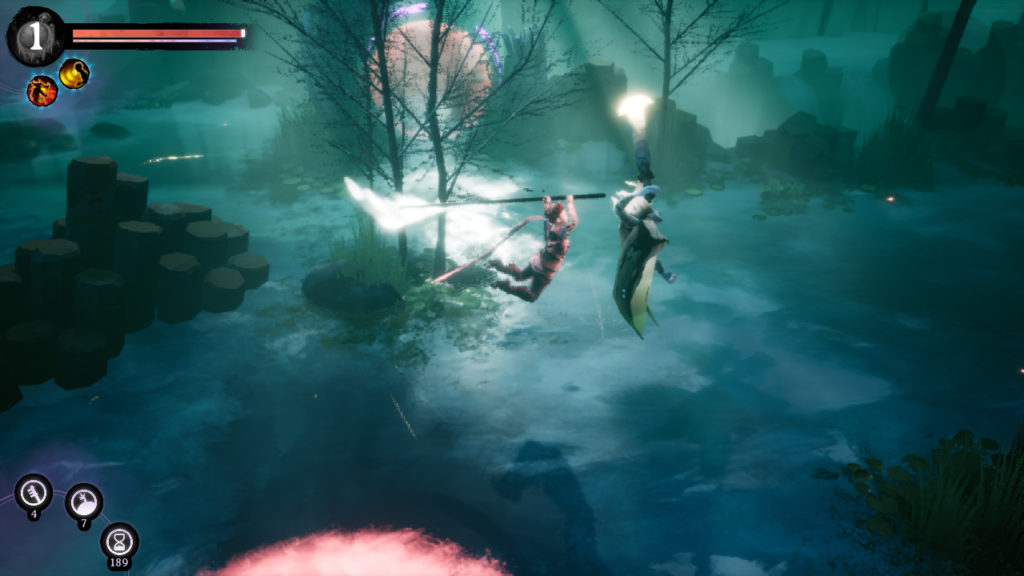 Her dream world is one of nightmares and monsters. Representations of locations from her life are overrun by beasts and traps determined to take her down. As Cassidy moves through these strange, surreal worlds, she faces bosses born from her negative emotions. Fear, Isolation, Sorrow… Manifesting as colossal monstrosities to be fought with blade and bow, Cassidy’s neuroses are well and truly out to get her.

Like Dead Cells, Dreamscaper is very good at rewarding any progress made, even when you fall. A new addition since I first played are currencies in the form of inspiration and ideas. When Cassidy wakes, she can explore her new hometown. She can visit places like a bar, bookstore, cafe and park. In these places, Cassidy can make friends with the townsfolk, giving them homemade gifts or getting to know them. Each person can unlock a different positive element in our empathetic heroine. One, for example, gives her “wonder”, another gives her “courage”. These positive emotions manifest as equippable buffs in the dreamworld, affording you increased stats or abilities during each run. 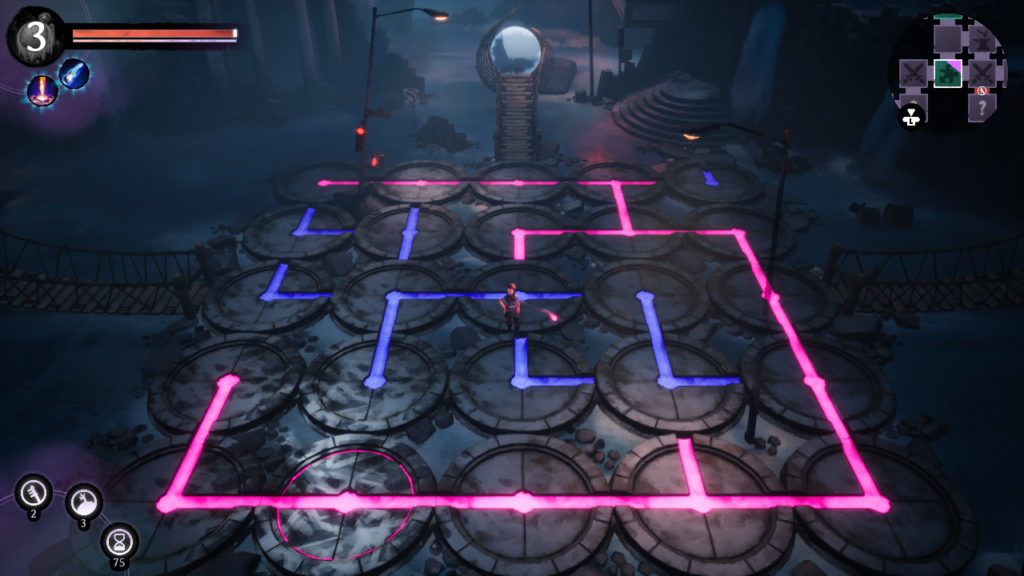 You can build upon the isometric dungeons of Cassidy’s dreams. Spending inspiration allows you to create new room types, such as challenge and puzzle rooms. Or you can draw new abilities in Cassidy’s sketchbook that she’ll take over into her dreams. It’s such a cool concept that you forget it’s been done before in different ways. Scattered memories offer an insight into Cassidy’s shattered past, but it takes some work to piece it all together.

Combat is a mix of ranged and melee attacks. Weapons such as swords and daggers are run of the mill, but there are also martial arts, enchanted bats, finger guns, fireworks and boxing gloves. Lucid abilities allow Cassidy to take control of her dreams, martialling her imagination into powerful spells. A dodge move can also be customised into a short-range teleport or a shift that leaves behind a trail of fire, and you can parry attacks with shields, energy barriers and forcefields.

The juxtaposition of Cassidy’s deep nightmares with the quaint, pleasant evenings spent in the town is incredibly effective. The writing is spot on, too, managing to wring every ounce of personality from each of Cassidy’s new acquaintances without a single spoken line. There’s Eve, the barmaid who longs to travel the world, or Bruce, the bowler-hat wearing fountain of useless information. What happened to Cassidy in her past is not immediately apparent, but you feel her deep sadness in her slow movements, and in the melancholy art style. 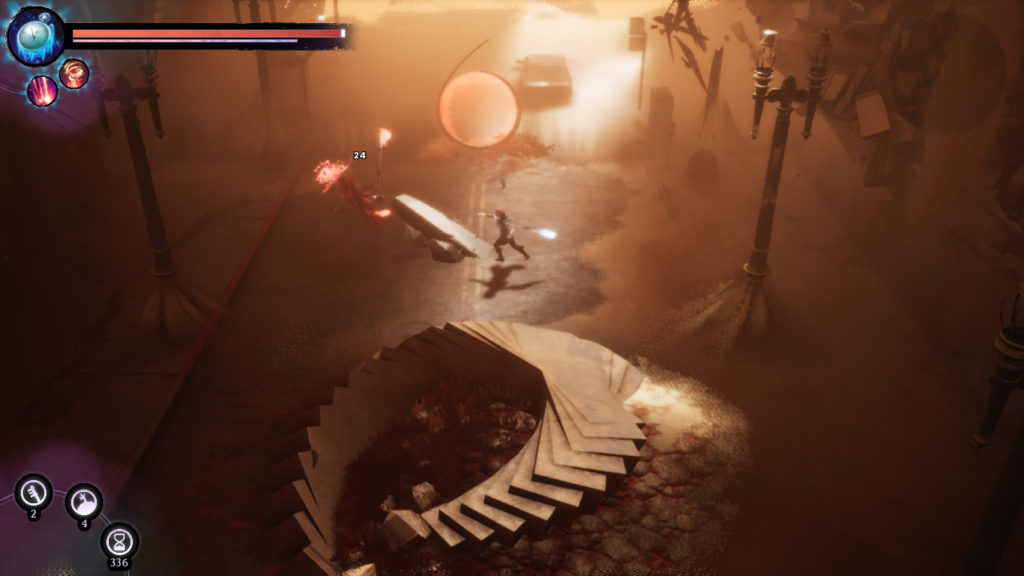 You’ll need bombs and keys to progress through the dreamworld. Puzzles will reward you with new gear or power-ups, and there’s always something worth exploring for. Dreamscaper is no pushover though. It can be incredibly tough at times, with some of the bosses presenting serious obstacles. Healing items are few and far between. Although you’re always improving your stats or fortunes, it’s still a genuine challenge.

It looks lovely on Nintendo Switch. There are no Switch-specific features, but it runs smoothly and looks gorgeous on the compact screen. After so long in early access there’s a decent amount of content, plus heaps of replayability thanks to the roguelike nature. It’s hard to express how much I want you to play this game, especially if you’re a fan of the one-more-run genre. The combat, visuals, music and writing are all excellent, combining to create an undeniably charming adventure. It can be hard, and some of the wandering around in the real world feels slow, but a quick travel system alleviates this. Dreamscaper is a stiff challenge, for sure, but it’s also a beautiful, moving adventure that takes a very familiar genre and does something very different with it.

Dreamscaper is a stiff challenge, for sure, but it’s also a beautiful, moving adventure that takes a very familiar genre and does something very different with it.