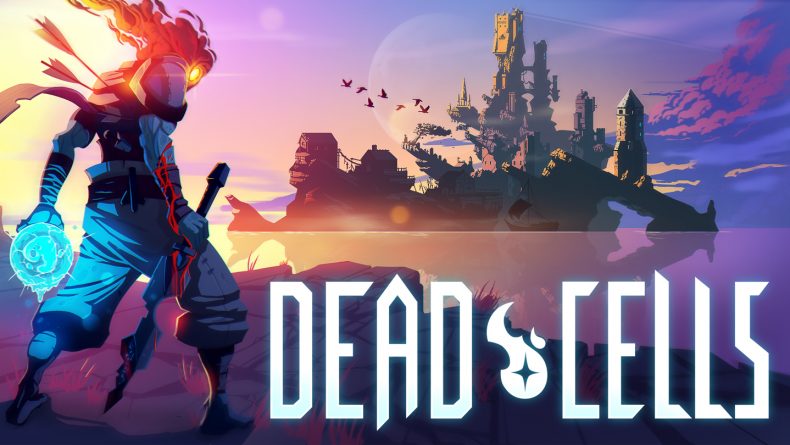 If you could imagine what the lovechild of Spelunky and Salt & Sanctuary would look like, you’d be somewhere close to the genius of Motion Twin’s Dead Cells, a 2D side-scrolling pixel-art “Rogue-Vania” that combines the best bits of a couple of genres to deliver an experience that’s equal parts highly exhilarating and incredibly challenging. Having spent almost year in early access on Steam, the adventure is now heading to Xbox One, PS4, and Switch, and the wait has absolutely been worth it.

The protagonist is a failed alchemical experiment reduced to a glob of sentient gloop, who for reasons best known to itself wants to escape the confines of an ancient, corrupted prison by reanimating the dead. Each “life” is a new corpse, freshly raised in the depths of the prison, which lasts only until the body is killed. When that happens, the gloop returns to the depths and tries again. As a result, there are no checkpoints in Dead Cells whatsoever. When you die, you’re hurled right back to the start of the game, with all your stats ripped away and any gear you’ve collected confiscated by fate. If you want to complete the campaign, you’ll need to do it without ever dying. At your disposal is an arsenal of ranged and melee weapons, traps, turrets and buffs, all with different effects, cooldowns, combos, and damage modifiers. And the ever-present “panic roll”, an evasion move with surprisingly forgiving invincibility frames that will carry you clear through most damage – if your timing is right.

Vanquished enemies may drop Cells, blue orbs used as currency to unlock permanent buffs and upgrades in the safe space between game areas. Here you’ll meet the Collector, a pleasant enough mutated freak of science who’ll take those Cells in exchange for new weapons, health flasks, and deployable traps. There’s a Dead Man’s Bag, which stores a set amount of collected gold on death; the ability to restock the mid-stage shop at will; and the ability to recycle unwanted gear drops, among other things. Most importantly, you can pay to permanently unlock a feature that awards you a random ranged weapon, melee weapon and shield at the start of each new run, which can potentially give you an immediate boost of damage or efficiency straight out of the gate. While these unlocks are constant, your health increases and scavenged gear are not. There are scrolls scattered through each level containing a choice of stat increases with a health boost attached. Red boosts your melee damage, purple boosts your ranged and trap damage, and green boosts your buffs. The percentage of increased health reduces with each scroll found, starting with 60% and ending up way, way lower – if you live that long. Of course, by the time you’re unlocking the lowest percentage, you’ll have a massive pool of HP, so increases are commensurate.

Each level is randomly generated so you can’t memorise the layout, but speed is your ally. I wouldn’t advise charging through a new area the first time you enter it, but once you’ve memorised enemy movement and rinsed the area for secrets, brevity has its own rewards. Hourglass Doors lock after a certain amount of time has passed, forever barring you from the goodies hidden behind them, so speedrunning is certainly encouraged – even if the difficulty spikes like a mountain range from time to time. As much as Dead Cells is about speed and forward motion, it’s also a game of precision and reflex. There is a huge variety of enemy types, all with unique attacks, weakness and patrol patterns, which you’ll need to learn if you want to progress. Acting in haste or rushing in blindly will end a run very quickly, and Dead Cells tends to offer an increased level of challenge after each boss fight, often cutting short your celebrations by killing you stone dead seconds into the very next area.

Various permanent skill upgrades offer alternative paths through the game. For example, early on you’ll earn the ability to summon a climbable vine, which will unlock the Toxic Sewers as the second playable area, instead of the Promenade of the Condemned. Later skills let you smash through floors, teleport between statues and wall-bounce to reach other areas with different challenges and rarer gear. Blueprints can be found all over the place and are unlocked using Cells, after which the weapons on them will be made available as random starting gear. The variety of tools is immense, with everything from swords, spears, axes and hammers, to bows, sandals, throwing knives and magic. DoT effects like burn, bleed, slow, and poison are also available as part of the random stat rolls on weapons, which can be re-rolled in the safe area, where you can also upgrade a tool or weapon’s effectiveness. Mutations add yet another layer, offering buffs that last an entire run, such as reduced bomb cooldown, an extra 30% health, or even a one-use, instant resurrection on your first death.

There’s so much good here it’s hard to list it all, but Dead Cells is a genuine masterpiece of game design. Even though you’re constantly looping back to the start, it never feels boring – the opening levels get easier and easier as you become more accustomed to the enemy behaviour and general hazards (spikes, acid pits, crumbling walkways, etc), meaning you’ll be reaching the point where you died quicker and quicker with each run. The randomised placement of gear drops, shortcuts, secrets, and lootables keeps everything feeling fresh and new, even when you’re well into your 20th run.

The pixel-art aesthetic has a hint of Furi to it, in my eyes at least, using bright combinations of purple, orange, yellow and green to incredible effect. Fluid, responsive animation and atmospheric environments create dazzling visual treats, stage after stage – and while I’m not often overly vocal about in-game music, Dead Cells’ score is the perfect accompaniment to its grim yet beautiful world.

I only wish there was a little more story. It takes its cues from games like Bloodborne, Salt & Sanctuary and Dark Souls, for obvious reasons, and delivers what little backstory there is in snippets of flavour text found here and there. There may have been some kind of infection, known as “the Malaise” that ravaged the prison, likely a result of magical and biological experiments conducted on the prisoners that mutated them and the staff, leading to the infestation of monsters in the jail itself and the village below it, but Dead Cells is not very explicit in the telling of its tale. Maybe that’s all part of the fun.

Whether or not you can love Motion Twin’s game will come down mostly to personal endurance and patience. It’s a loop of failure and success, sweetened by the constant crawl of progress as you strive to unlock the next weapon, buff or mutation to make each consecutive run that little bit easier. If you’re not a fan of rogue-likes or Metroidvanias, you aren’t likely to be convinced by Dead Cells, but if you do tend to hitch your wagon to either genre, be prepared to spend hour after hour dying and retrying until you finally nail that perfect run. Then be prepared to immediately want to do it all again.