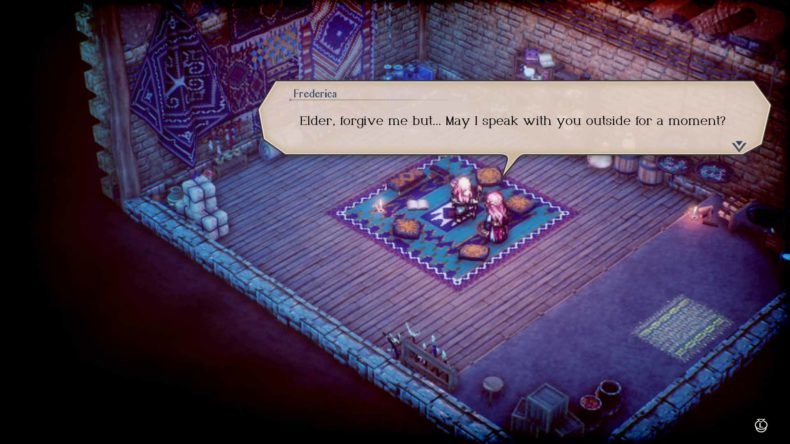 Triangle Strategy is a fairly straightforward game, really, but one moment most people will get stuck on is trying to find the key. I’m being vague here, because obviously if you’ve clicked this by accident, you don’t want the Triangle Strategy key puzzle spoiled, but if you do, or you just can’t find it, you’re in the right place.

The key you need to find in Triangle Strategy is part of Chapter XII (12) called “In the Still of the Night”. It’s a vital part of the story, and if you fail to find the key, you’ll essentially get a “game over” until you reload and actually find it. It stands out as a sore thumb because it’s entirely possible to get to this part of the game having never solved a puzzle that results in a fail state before. But if you do not find the proper key, your entire party die and it’ll be game over.

Triangle Strategy: what is the key?

The key is actually a metaphor and not an actual key at all. It’s a large piece of pink salt which proves a lot about the history of the Norzelia realm. With this, you can talk to the army that’s attacking, and get some time. With the “key” you finally have evidence against the people attacking you. 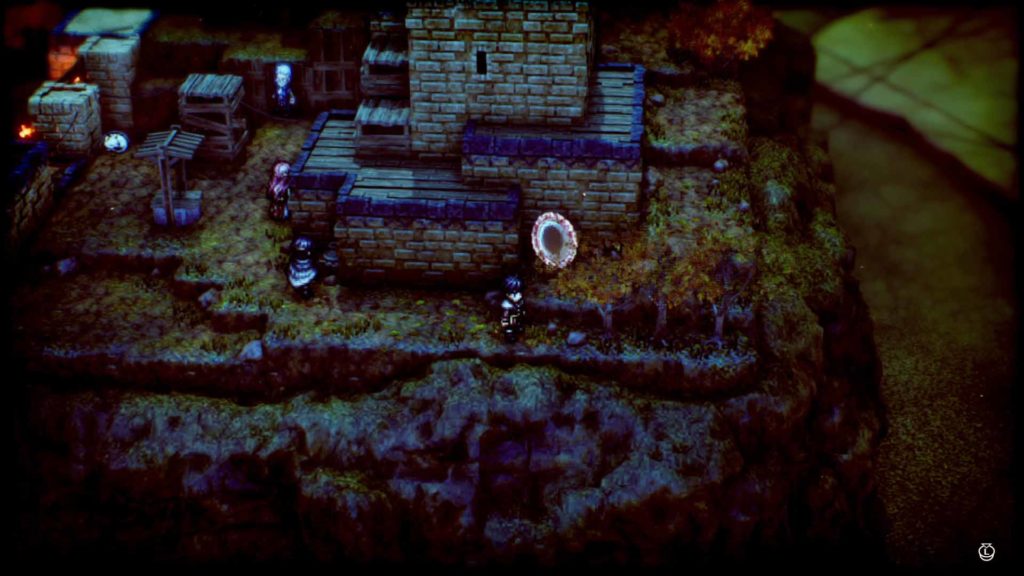 There are two solutions that are false. First is the mirror that you can see in the corner by a tree. You can clean this up and it’ll look all shiny, but it’s not the right solution. You can do it to unlock optional conversations, however. Likewise, there’s a pink slice of skin in a house, which opens another dialogue option. But it’s not the key either.

The key is actually hidden in the elder’s house after all. He’s been lying to you, but you need to get him out of his house, first

First order of business, speak to him and get him to lie, and give you the clue. 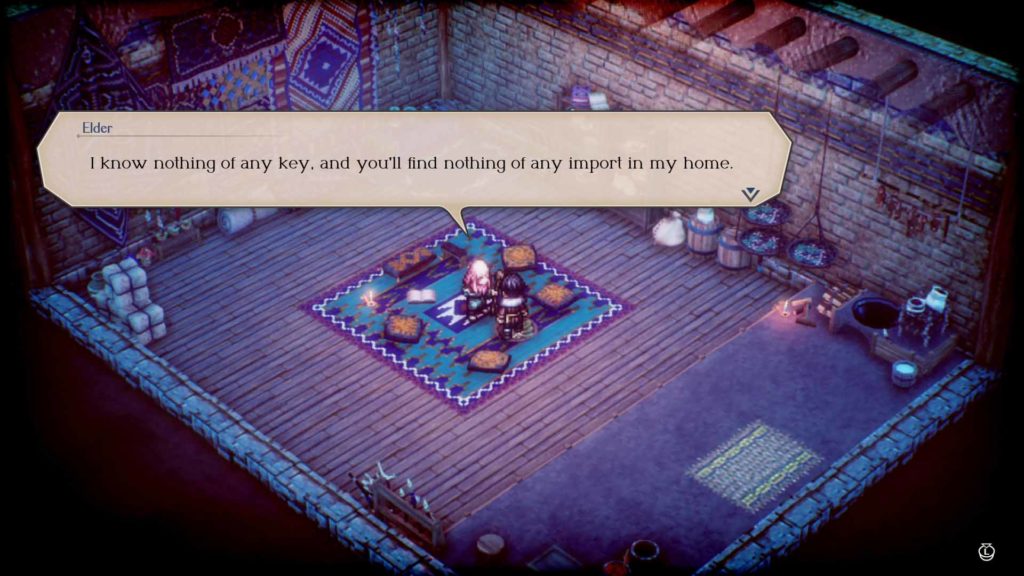 Next up, speak to Benedict who is outside the elder’s house, who will say he also wants to search the place. 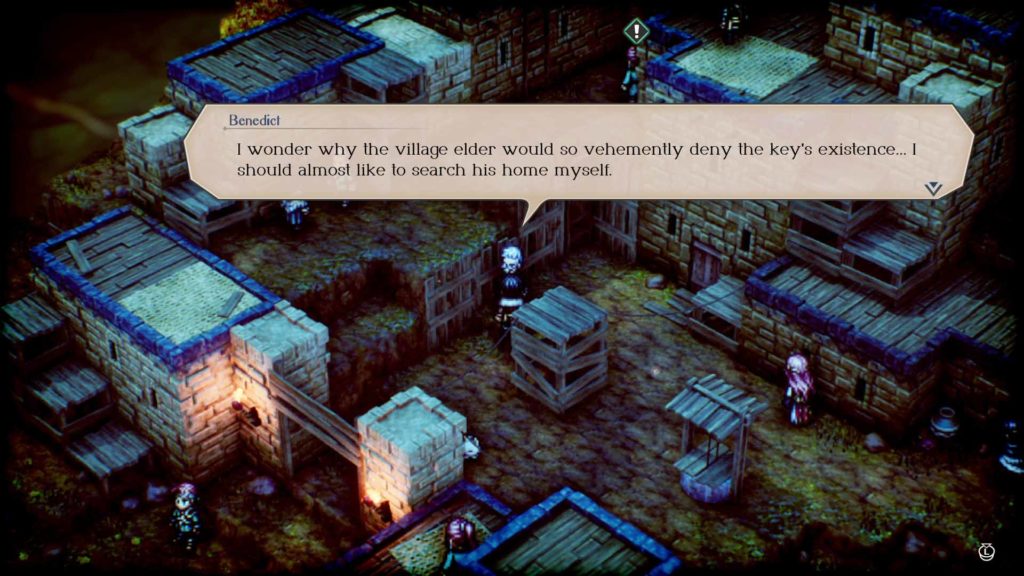 Then you need to speak to Frederica, who can lure the Elder outside for a chat. 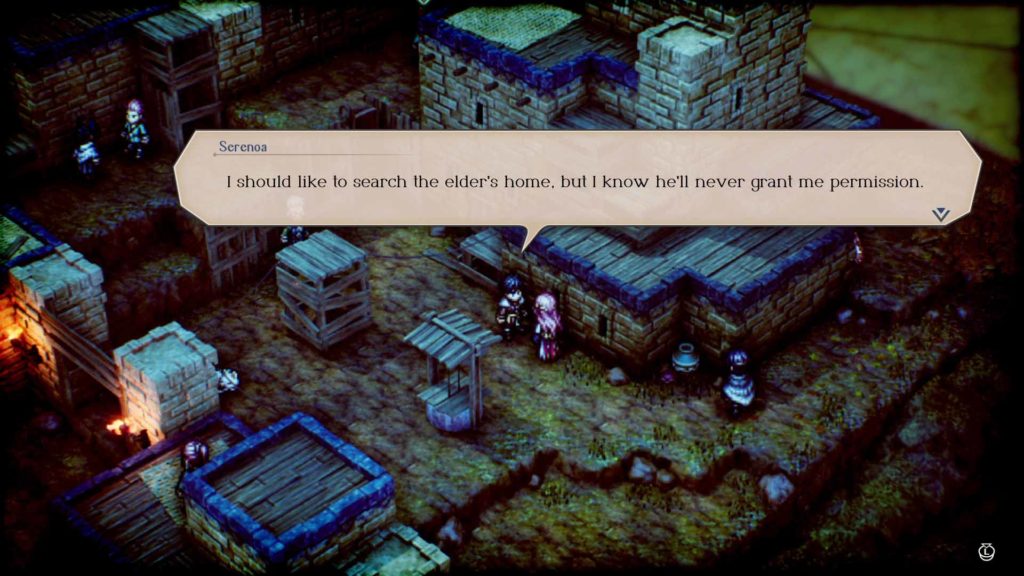 After this, she will go inside and lure him out. 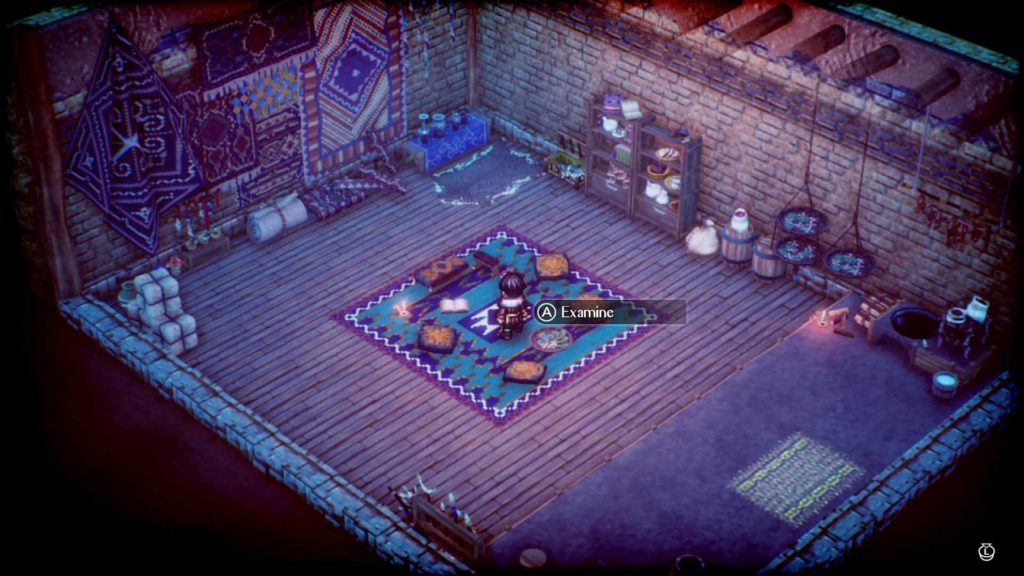 Once in the house, make a beeline for the place he was sitting, as below.

Once you’ve found and uncovered the “pink rock” you can end exploration. You’ll be presented with a scene in which you MUST choose the option regarding the pink rock. 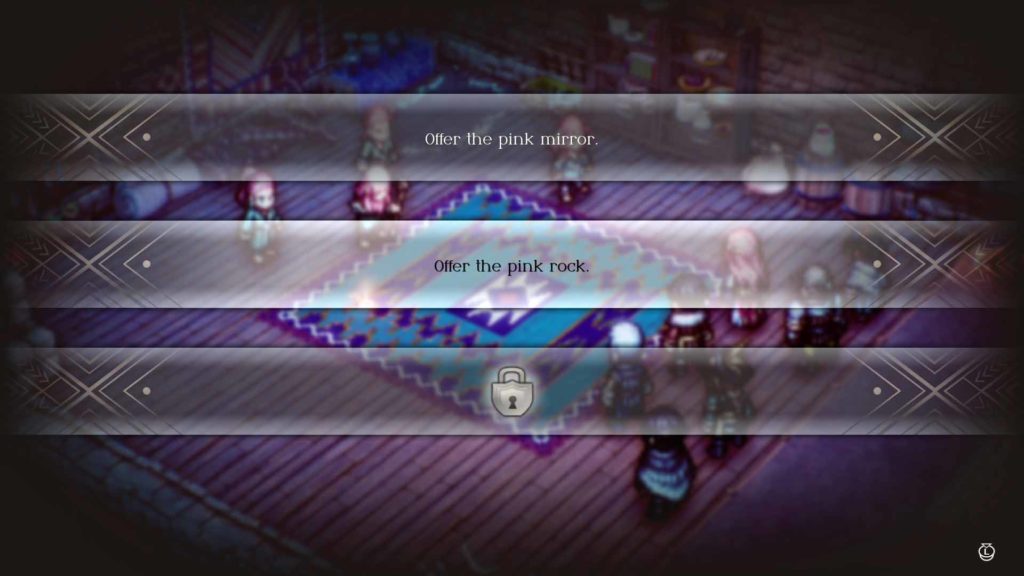 Any other option will cause a game over. So offer the pink rock, then continue your adventure.

Where is the elder’s house?

Just in case you can’t find it, spin the camera round look for this location in the middle of the village. Easy peasy! 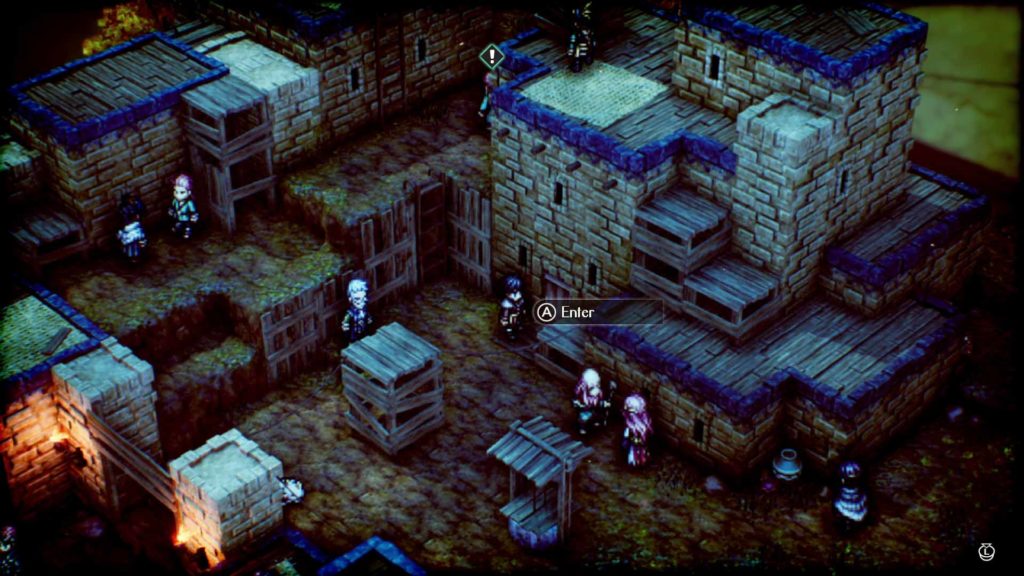 And that’s it, you can now continue with your journey in Triangle Strategy: you’ve found the key. No more game overs for you.