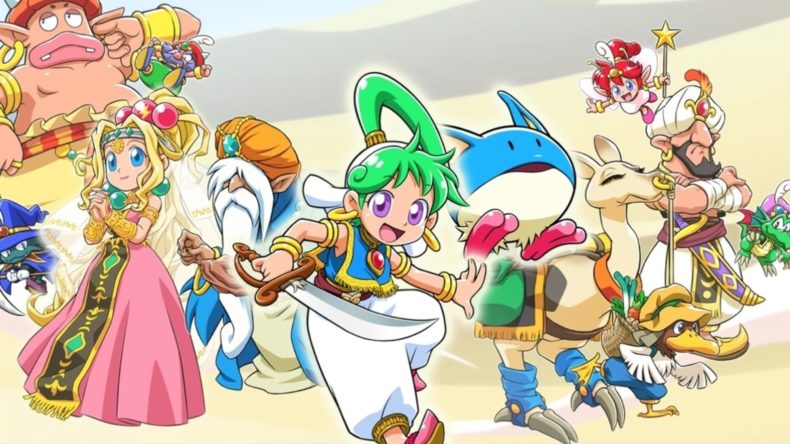 Monster World IV never saw the light of day on Western shores. It released back in 1994 in Japan, but fans of the series had to abandon all hope of every playing it…until now. Wonder Boy: Asha in Monster World is a complete remake of Monster World IV. Whilst it looks all shiny and new, those bygone platform tropes rear their ugly head, and a fresh lick of paint doesn’t provide the same excitement as more recent takes on the series have provided, such as Monster Boy and the Cursed Kingdom and Wonder Boy: The Dragon’s Trap.

The take-it-or-leave-it plot gets out the way early to allow the platforming to take centre stage. Asha is tasked with recovering spirits from an evil being, and, well, that’s about it. Whilst it is a pretty game, it still feel empty. Considering what the series or its familiar counterparts have done over recent years, Asha feels stale. It’s colourful, sure, but the world never feels as vibrant or as fun to explore. There’re some nice details in the backgrounds, but the level design and sharpness just isn’t there. 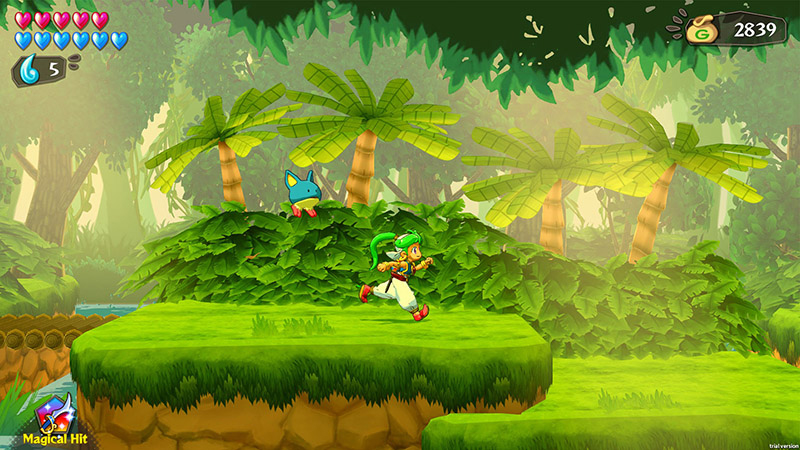 There are a range of different levels, or environments. Fire and ice levels, deserts and caverns. There’re also towns where you can chat with strangers and spend the coins found from chests and fallen enemies on new equipment. It’s just not very exciting. Going into this, I expected the same level of quality as The Dragon’s Trap or The Cursed Kingdom. I know I keep harping on about them, but they were so good I assumed another game from the series would have had the same polish and fun factor. Don’t be misled by the pretty colours.

It feels retro in every sense of the word, but that isn’t necessarily a good thing. The platforming feels archaic. Jumping from platform to platform grows tiresome, so does climbing and double-jumping. In fact, the introduction of Pepelogoo makes the latter ability such a chore. We take for granted the ability to simply press jump twice in most games now. In Wonder Boy: Asha in Monster World, you have to call the Pepelogoo over, grab it, then double jump. It doesn’t take ages to do, but there is a slight delay. 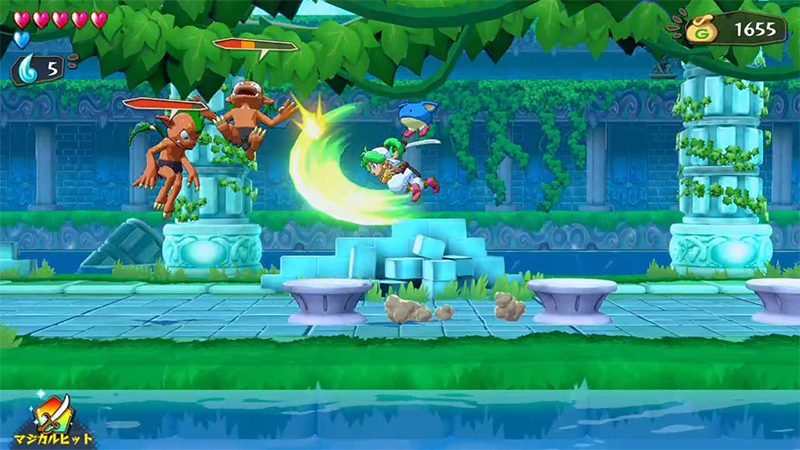 The Pepelogoo also acts as protection from falling objects, and can be thrown onto lava so you can then jump on top of it. Combat is weak and unimpactful. You can swing your sword and slice it upwards or downwards, or perform a ‘Magic Hit’ for added oomph, but that’s it. Wonder Boy: Asha in Monster World is lacking the substance of other platformers. I understand it’s a remake of a game from over 25 years ago, but they could have at least made it feel more fun to play.

Wonder Boy: Asha in Monster World: Too old to enjoy

Back in 1994, this would have been considered a massive step up for platformers. The trouble is, games have come along way. I’d happily play any other platformer than this. Not because it’s a bad game, but it feels too old to keep up with the new kids. Wonder Boy: Asha in Monster World feels backwards in its puzzle-solving and key finding. Whilst Pepelogoo adds to the monotony, there’re other things that begin to grate. Whenever Asha finds a chest, she shakes her rump as she looks into it. A few times and it would be annoying. But every single chest has the same animation, and there’re loads of them. 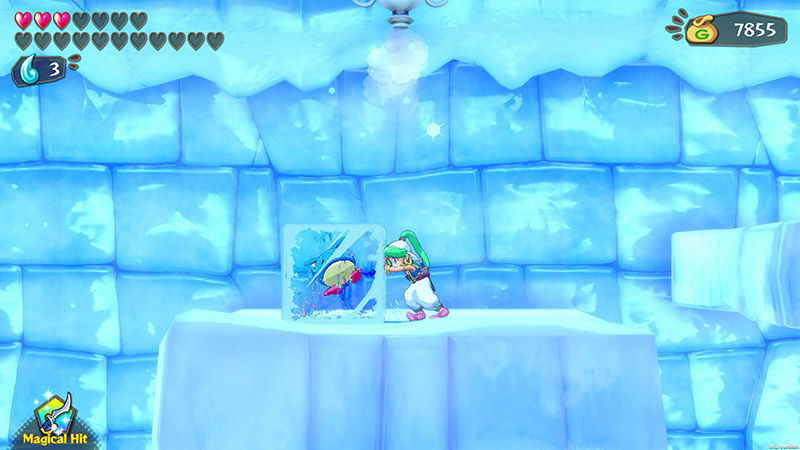 Wonder Boy: Asha in Monster World looks good on the surface, but as you play more and more, you realise how old it feels. The platforming isn’t fun, the combat is monotonous, and the shades of brilliance felt in 1994 just feel unnecessary now. If you’re after a great platformer that’s similar to this, I may have already mentioned a couple that beat this in every single way.

Wonder Boy: Asha in Monster World is a basic platformer that never holds your excitement, with mechanics that just don't work anymore.