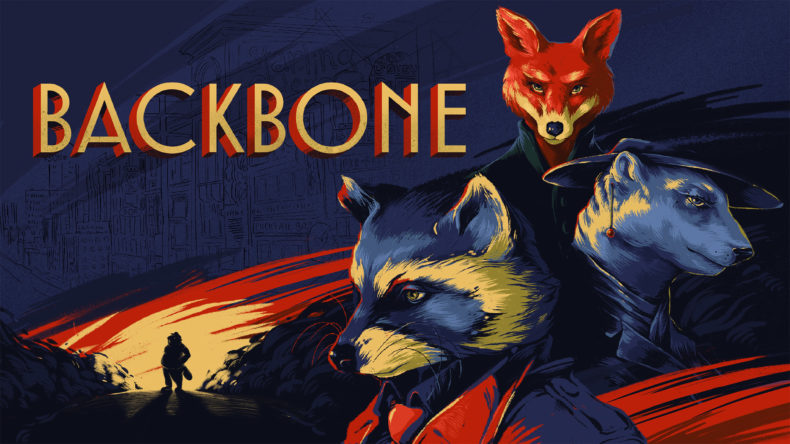 There’s something so compelling about EggNut’s Backbone. Set in a dystopian Vancouver where anthropomorphic citizens of a broken down society walk the streets, you play as a Private Investigator known as Howard Lotor. After investigating a simple case focusing on one husband’s infidelities, Howard begins to unravel a thicker plot on a huge scale, where politicians and people in power are slaughtering the weak and feasting on their flesh. Backbone isn’t your usual adventure. Its themes are mature and uncomfortable, but it is one of the finest stories in recent years that’ll keep you guessing until the end.

Backbone’s world is filled with misery and mystery, where everyone is trapped by the confines of social class and a victim of missed opportunities. The apes are the ones in power, and the rungs of the social ladder are muddied by everyone else trying to get by. As a raccoon, Howard feels his life isn’t going anywhere. He hates himself. He isn’t a hero and he drinks to mask his feelings. However, when he finds the corpse of an otter in a whorehouse’s basement, things start to spiral out of control.

Much of Backbone has Howard talking to suspects and strangers on the streets of a post-noir city. Some will be willing to talk to you, others will be more tight-lipped. There’re drug pushers, drunks, and generally not nice people, but there is some good in the world. The writing is excellent. Every character has a place in the story, whether you’re talking to someone who plays into the investigation, or a passer by with a story to tell. By selecting the right dialogue option, Howard will get the information he needs. You have to look elsewhere for the answers if a mistake is made, but it’s all part of the fun. 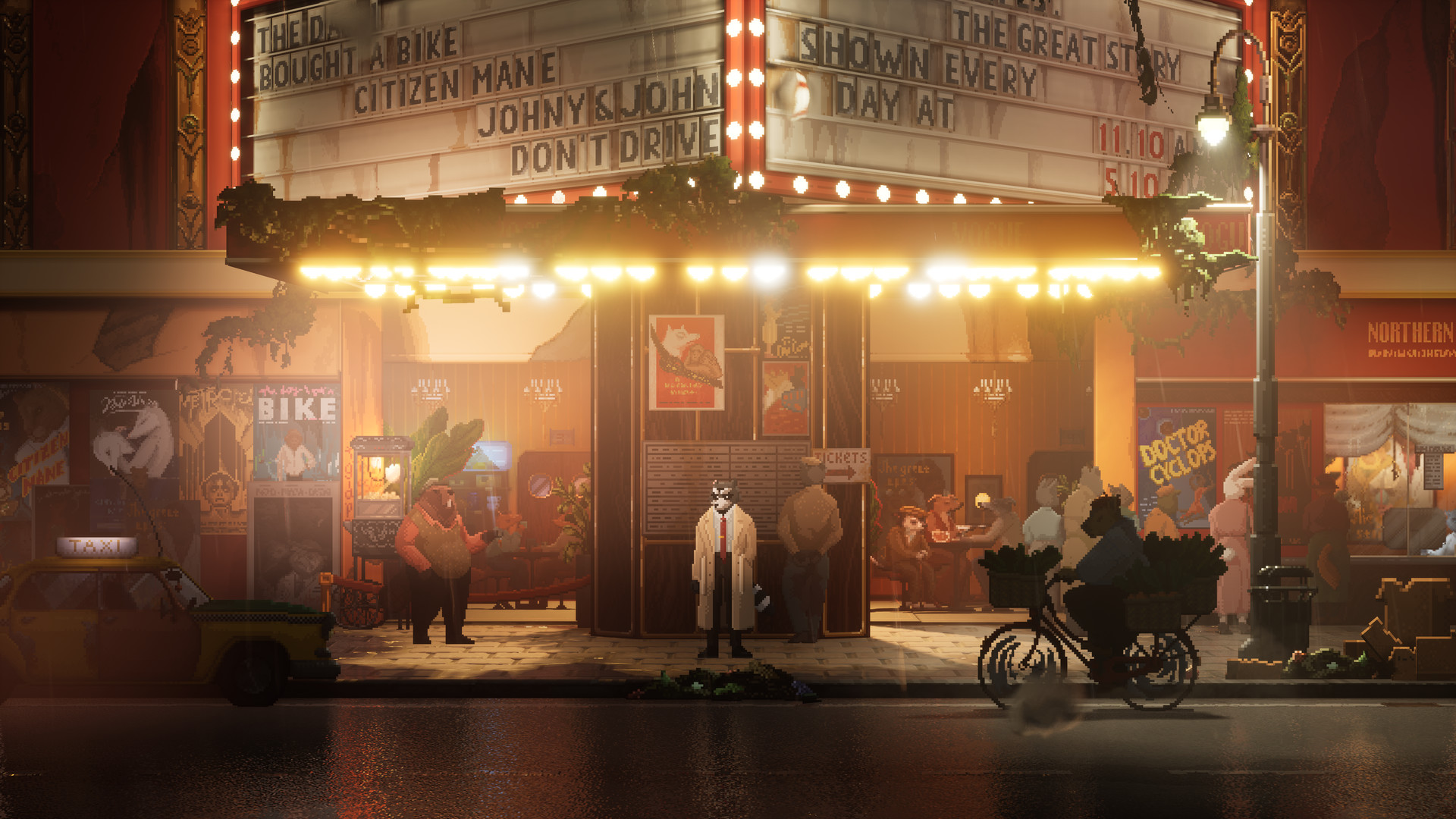 Although it’s a very different game, Backbone shares similarities with Disco Elysium. The city is a mess and Howard is a broken man. Much like Harrier Du Bois, you’re constantly battling with your own mind. Whilst Harry isn’t as psychotic, he’s still finding it hard to understand what his purpose is. He’s a layered protagonist who grows the more you play. By building friendships and finding the right words, he starts to become a fascinating person despite being a raccoon. Although there’s no voice acting, EggNut has done a fantastic job of making you care about Howard.

When Backbone’s story gets going and you begin to dive deep into the evidence, it’s hard to stop playing. You’ll review important documents to find clues between travelling to different destinations and talking to people, . What starts off as something small spirals into a web of deceit across many different organisations. Paying close attention to everything you uncover will give you a better understanding of what to do next. There’re also puzzles to solve that feature some incredibly smart solutions. 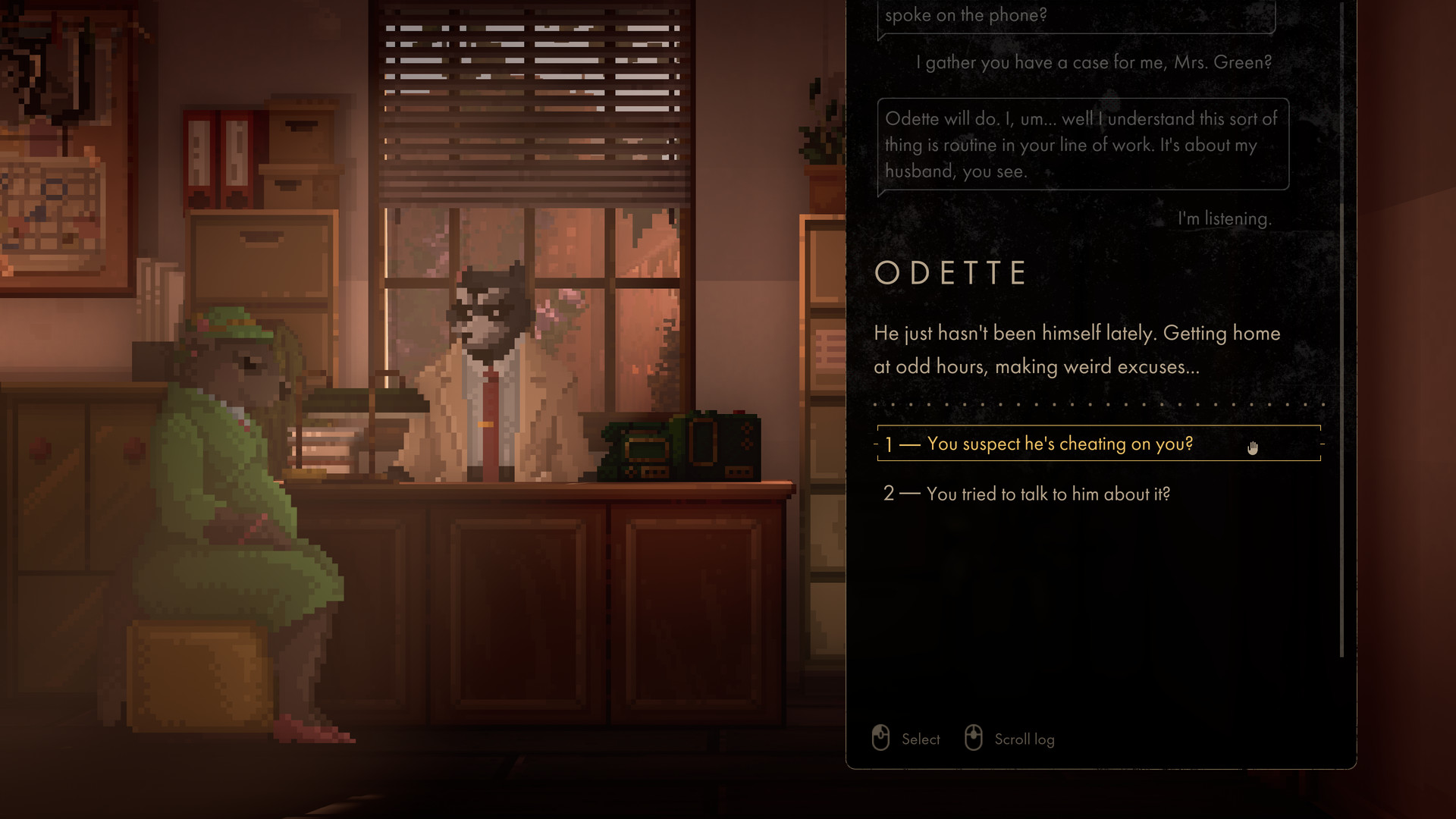 One of the earliest ones requires you to find a pin code for a door. By rearranging documents on a locker, such as a news article and a photo, Howard has to use pieces of paper with well-placed holes on top of them to find the correct numbers. Backbone is smart. Not just in its story or the writing, but in these sporadic puzzles that make you feel like an actual detective. Gameplay is pretty basic, but occasionally you’ll have to sneak around buildings or distract someone to find a way to the next point of interest. These tense moments make Backbone more than just a dialogue-heavy game. You will enjoy the chatter, but anxiety will kick in if someone catches you sneaking around.

One of Backbone’s biggest positives is its visuals. The pixel art is incredibly detailed. Some streets are dingy whilst others offer some kind of beauty. Back alleys are littered with the downtrodden, whilst high streets are actually rather welcoming. The attention to detail is impressive as well. Everywhere you look, something will catch your eye. You forget everything is pixelated. The city is layered, offering depth and life to the most depressing of locations. There’s no denying you exist in a shit hole, however, it’s a very pretty shit hole. 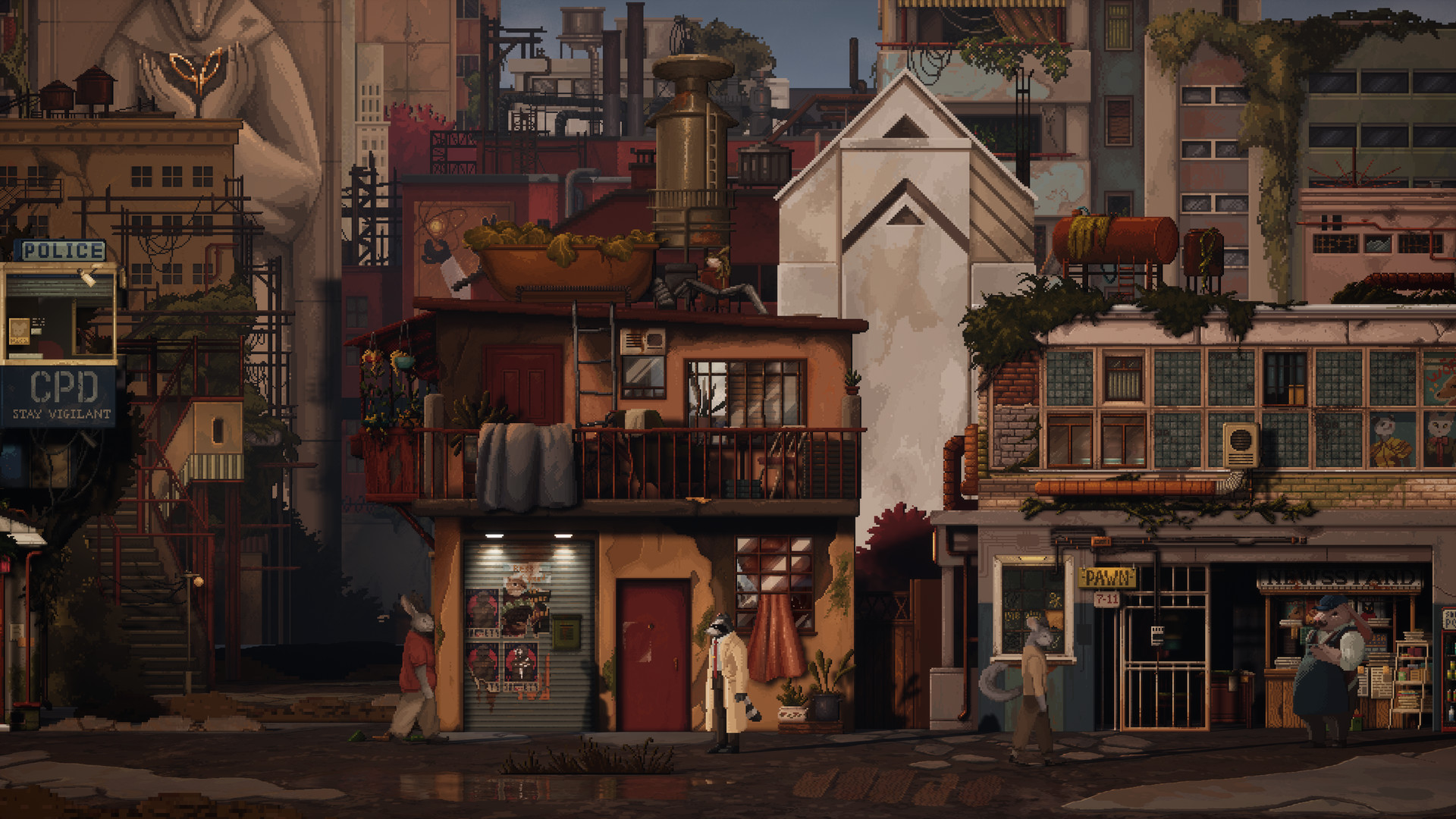 Backbone features some of the best writing to date. It’s story is compelling and the characters you interact with help to give it a strong narrative *cough* backbone. Sifting through evidence, sneaking around places you shouldn’t be, and getting those all important answers make Backbone such a riveting adventure. There’re some nice pop culture references, captivating visuals, a killer soundtrack, and a bunch of creative puzzles and interactions. If you’re looking to get stuck into one of the grittiest detective adventures to date, Backbone is a perfect choice.

Backbone features a compelling story and a well-realised post-noir dystopia, with engaging characters and some smart gameplay.