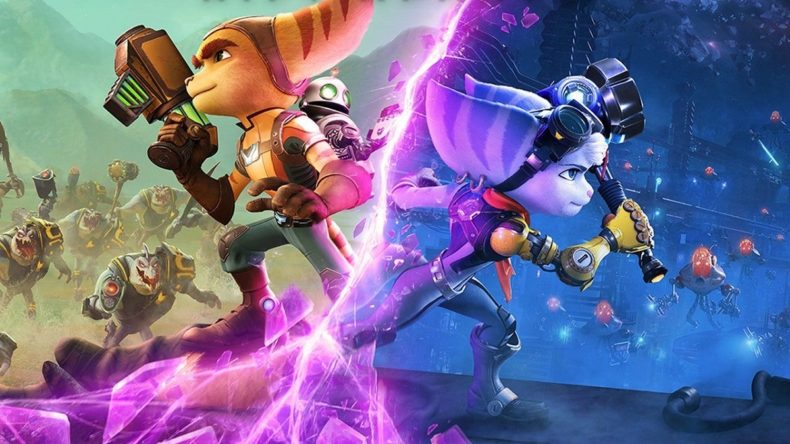 Since the PlayStation 5 released last November, it has been slim pickings for exclusive titles on the new hardware. Ratchet & Clank: Rift Apart is an important game in that regard. Insomniac Games has great form when it comes to the Ratchet & Clank series, but this needed to be great. It needed to warrant the struggle many have felt in trying to acquire a PS5. After all, we deserve a huge title to play on Sony’s latest tech. Thankfully, Ratchet & Clank: Rift Apart delivers in every way imaginable. Not only does is highlight just how beautiful games look on the system, it plays like a next-generation title. Everything you loved about the PS4’s Ratchet & Clank has been improved upon for a journey you’ll likely never forget.

With dimensions crossing paths and a new Emperor Nefarious threatening the Lombax’s very existence, Ratchet has a very different fight on his hands. Whilst he returns with Clank to fight new hordes of robotic enemies and a new threat, his counterpart from another dimension is the star of the show. Rivet is a strong and smart Lombax who has her own struggles, but she always comes out on top. The story of how the two Lombax cross paths is exciting and full of surprises. There’re are some awesome moments in Ratchet & Clank: Rift Apart that I shan’t spoil, but the adventure is one of the best so far.

Ratchet & Clank: Rift Apart takes place across various different planets where you play as both Ratchet and Rivet. Whilst there’s little to differentiate between the two, both characters have their own personalities. Rivet is a troubled Lombax who has been through a lot. She may have had it rough, but her candour and wit set her apart from the loveable Ratchet. She speaks from the heart and fights whilst wearing it on her sleeve. Planets often focus on one Lombax at a time, but there are certain missions where they intersect. There are some magic set pieces that show off the high performance of the PS5. Ratchet and Rivet both have their moments in the spotlight, and it’s filled with action unlike anything you’ve seen before. 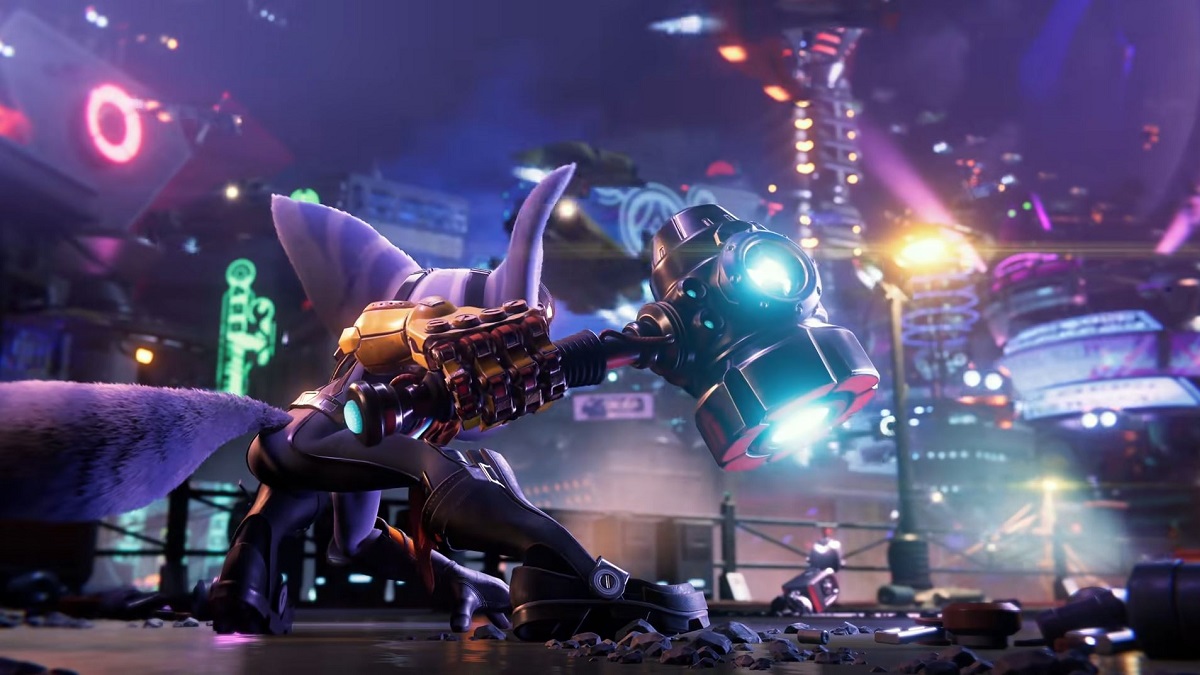 Some planets allow you to travel on a snail-like creature called a Speetle. These slimy friends see you speeding across the map with ease, experiencing a welcome change of pace. There are flying lizards you can travel on; a battle arena where you face of against waves of enemies for various prizes; epic boss fights; rail segments where you fly across the skies; underwater traversal; and perhaps the coolest element of all in the dimensional rifts. These rifts can be dashed through with the click of the L1 button. Once a blue portal turns yellow, you can travel into them to teleport. They can give you an advantage during a fight, or help you to move across an area a lot faster.

Whilst you do play most of the game as either Ratchet and Rivet, there are moments where you play as some of your friends. Puzzle levels where you control Clank are some of the coolest gameplay shifts in the entire game. You must use different orbs to place them across the puzzle in order to get a succession of fellow Clanks to the finishing line. If you’re old enough to remember Lemmings, it is in the same vein. Some orbs will lower or lift obstacles in the way, or make the Clanks jump high. Other orbs will speed them up or open up electrical currents for both you and the other Clanks to pass through.

Another buddy of Ratchet’s that occasionally pops up is Glitch. They’re a small bug that gets placed inside a terminal to remove a virus so that it can be used by Ratchet. By controlling the little bug, you’ll blast virus’ and power up the terminal. Whilst you don’t get to use Glitch a lot, it’s a nice departure from the chaotic gunplay and high-speed adventuring you often find yourself doing.

Throughout Ratchet & Clank: Rift Apart, Ratchet and Rivet will build up an impressive collection of weapons. There are so many different weapons you’ll be able to unlock with bolts you’ve collected. Buzz Blades fire spiked blades at enemies; Headhunter is a sniper rifle with the ability to dish out a lot of damage; Warmonger is a missile launcher; Void Repulser can fire at enemies but also hold up a shield of protection; and the Large Negatron Collider fires a focused beam of energy. There are tons more, and each one levels up the more you use it. By visiting Mrs Zurkon’s Shop, you can also improve a weapon’s abilities with the Raritanium you’ve found. 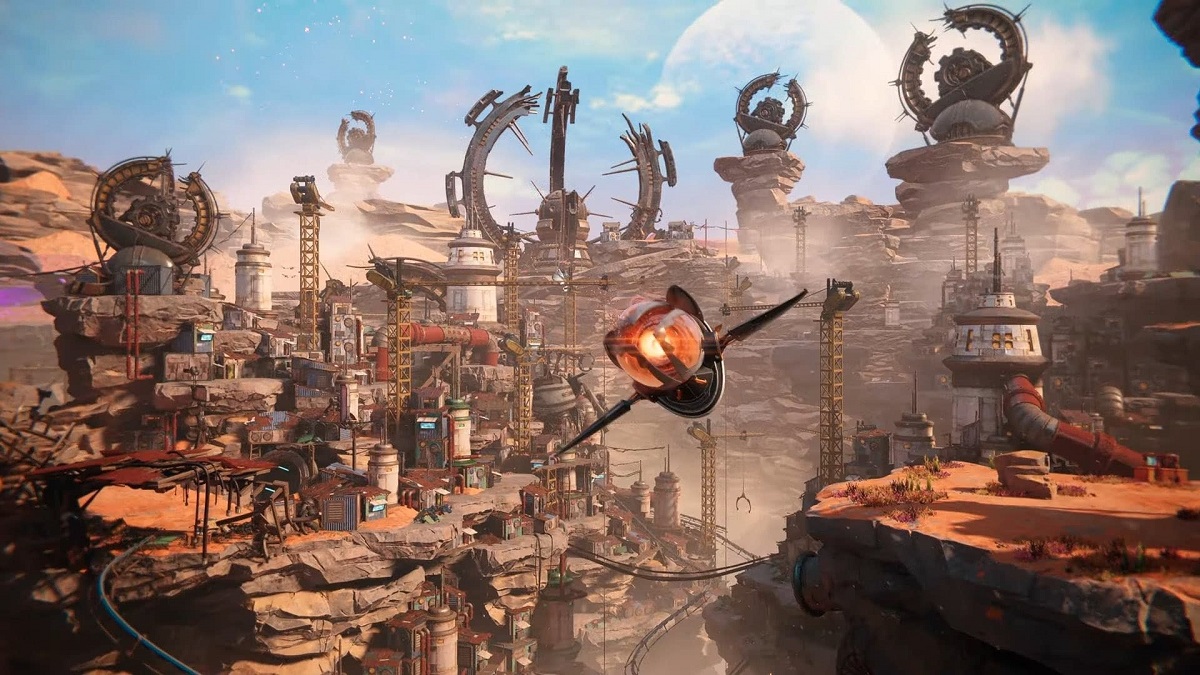 Additional qualities unlock the more you upgrade, giving you everything from more bullets found when smashing ammo boxes, to additional range and extra power. Using the myriad of weapons in a gunfight is out of this world. Battles are so frantic and a lot of fun. It’s relatively easy to switch between the vast range of weapons, and you can even quick select between your four favourites by mapping them to the D-pad. Towards the end of the game, I was switching between everything because of the sheer amount of enemies. Combat is intense, invigorating, and utterly bonkers.

Along with the impressive array of weapons, Ratchet and Rivet have some fancy gadgets that make traversal a walk in the park. Most are available in the early stages, and they range from gliding, Phantom Dashing through the air, wall running with magnetic boots, and more. Throw the dimensional rifts into the mix, and movement is a breeze. It feels amazing drifting between fluid traversal and fiery combat. Insomniac Games has balanced the both to make for an almost perfect platformer. There’re plenty of collectibles to find all over the nine planets. Some require you to wander off the beaten path or travel through a purple portal to another dimension. It is during these hunts where the assorted mechanics can be used to their fullest.

The planetary layouts are completely different. Some have smaller combat areas where you have little freedom, and others are much wider. You never feel restricted or lost, though. Enemies can be found everywhere, as can bosses, and using the tight controls to get around are more than gratifying. Whilst the game plays amazingly, it is the power of the PlayStation 5 that takes Ratchet & Clank: Rift Apart to a new level.

Insomniac Games has made full use of the PS5’s capabilities. The DualSense Controller hums, rattles, and vibrates in many different ways depending on the situation. You feel every clack of a keyboard, the patter of your feet across the metallic walls, and the buzz of dimensional portals as you pass through them. I’ll never forget how Astro’s Playroom felt for the first time, but this offers a higher sense of wonder. Visually, it’s sublime. So many times it felt like I was watching a Pixar movie than playing a video game. Ratchet & Clank: Rift apart is bursting with colour and detail with each new planet you visit offering more appeal than the last. 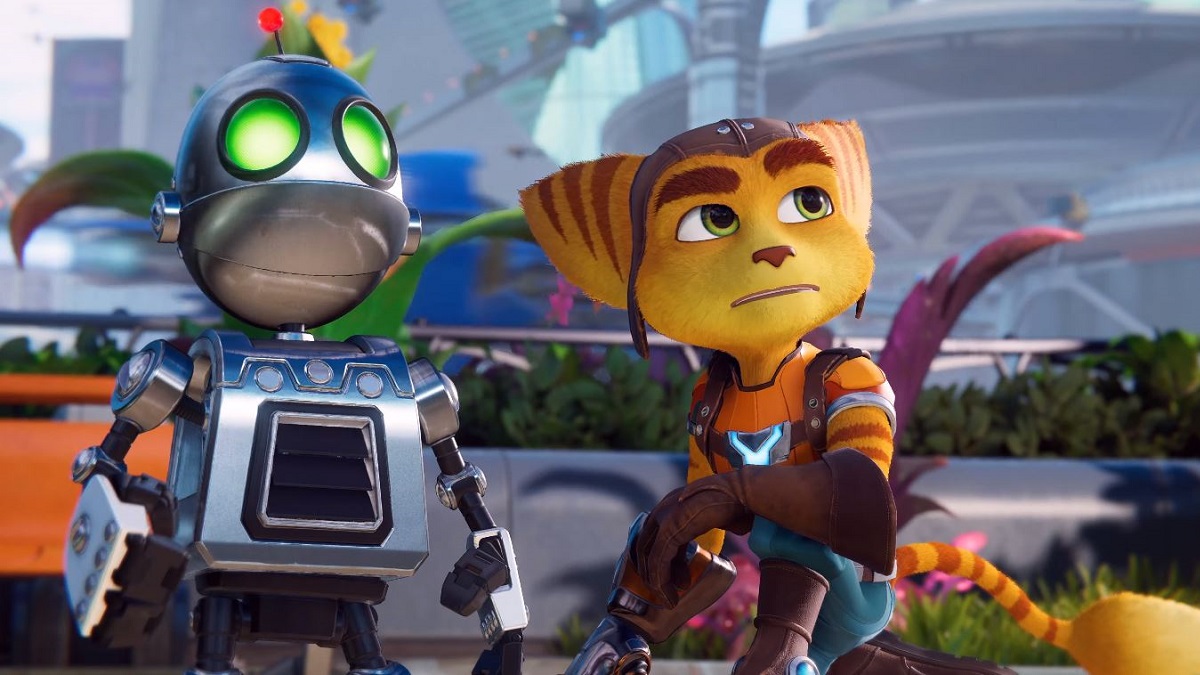 For the majority of my time with it, the performance was excellent. There were only a few times it felt like it wasn’t quite hitting 30fps, but more often than not it ran very well. Getting around the planets, partaking in heated battles, and jumping from place to place in your ship was silky smooth. It’s hard to find anything bad to say about it. The voice acting is superb, and the cutscenes are astonishing. So much is packed into it that the hours fly by.

Ratchet & Clank: Rift Apart sets a new bar for platformers. It’s hard to believe we are where we are with this level of technology. It makes great use of the hardware on offer, and constantly impresses in every department. It features a great story, excellent gameplay, and there are tons of collectibles for those that love to 100% games. Insomniac Games has once again made something you’ll be honoured to spend your time playing. This is the future of gaming, people.

Ratchet & Clank: Rift Apart is the game you've been waiting for, filled with stunning visuals, magnificent gameplay, and so much more.