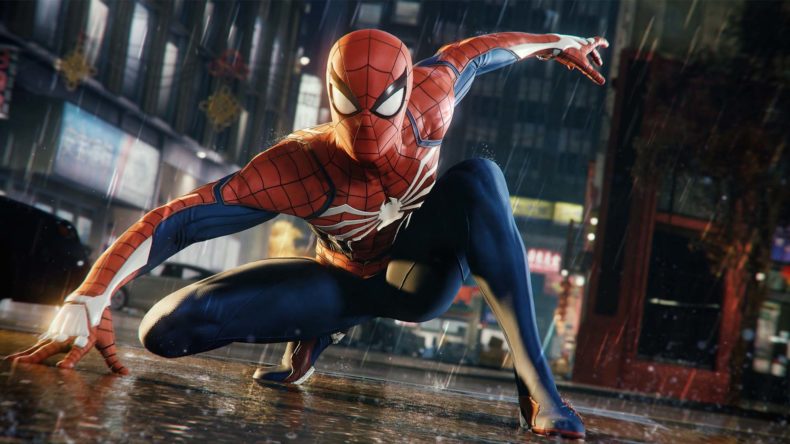 Marvel’s Spider-Man Remastered is another one of those games. You know the type; the ones you wish you could wipe your memory of, and play again for the first time. I think I said it first when God of War came to PC, but once again, this is one of those games that left me envious of PC players that might be experiencing it fresh.

It helps that the remastered version of the 2018 PS4 original is such an obvious visual improvement. Whether or not you like the fact Peter Parker has been recast from John Bubniak to Ben Jordan, and whether you believe it was due to trying to get the closer match to Yuri Lowenthal‘s facial capture (at this point) is rather redundant. This is the game, and honestly, my aging memory noticed the difference, but not in a negative way. 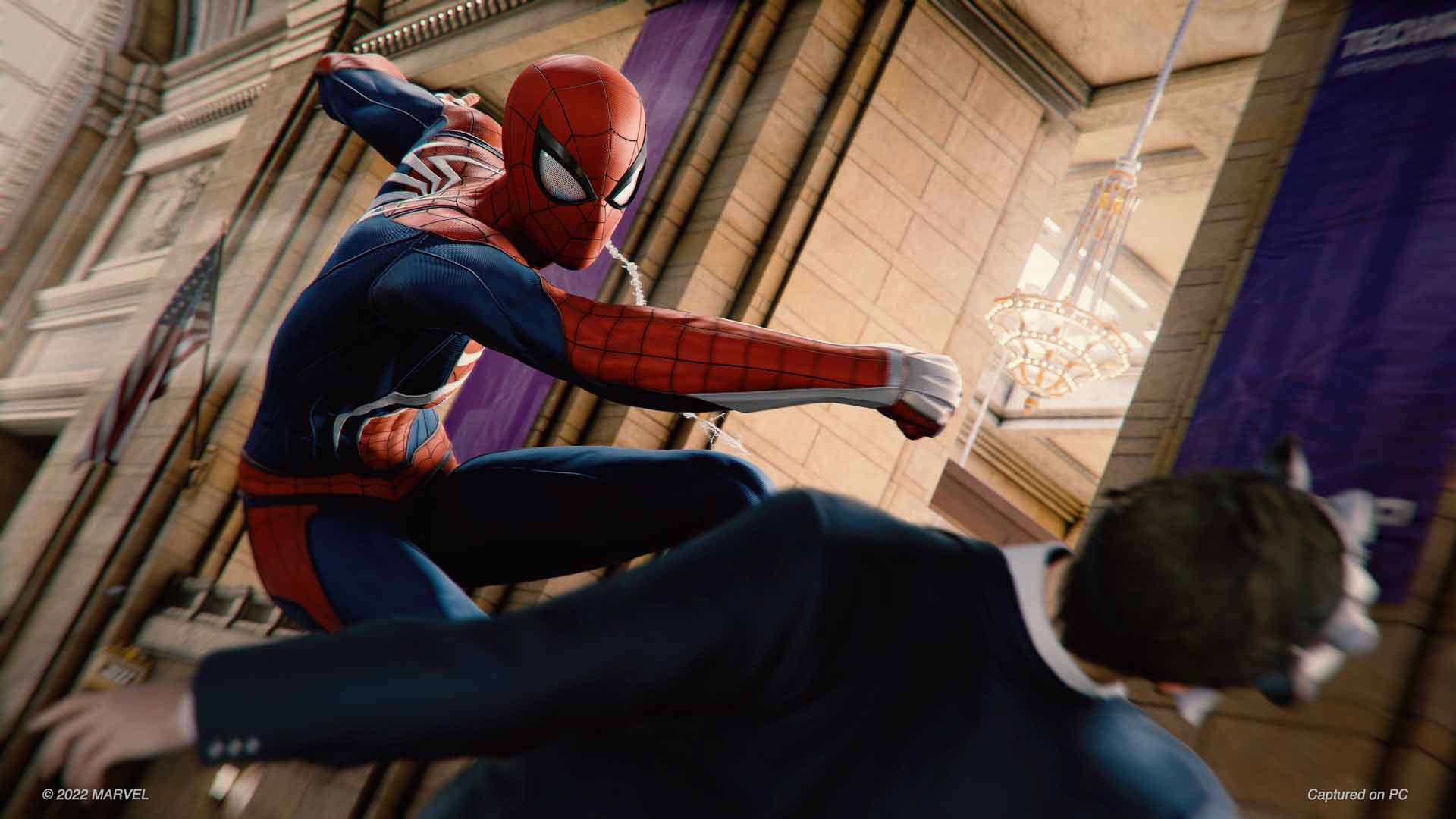 All of the changes to the game for the PS5 remaster are included, of course. Higher frame rates allow you to swing with unparalleled freedom, and in all seriousness, the movement in Marvel’s Spider-Man Remastered is sublime. After overdosing on the first game and hitting the platinum trophy on PS4, then reviewing the sequel, I wondered if I’d have had my fill of all things “Insomniac Spider-Man” based. Instead, playing the Remastered edition renewed my love of the series and really just made me desperate for the next one.

Dancing through Manhattan, discovering crimes in progress, and swooping down from blistering heights to engage instantly in a fight is exhilarating. I wonder if people will find this a statement too far, but the combat that borrows heavily from the original Rocksteady developed Batman Arkham series maybe goes further and perfects it. The fluidity, grace, and speed at which Parker as Spider-Man moves makes you feel like you’re the best person in the world at games. Transitioning from ground to air, beating the snot out of a grunt as he flails away from you, webbing another on the floor, then swinging into a brutal kick to the face before executing a finisher thanks to the combo building you’ve done… well, it’s just wonderful.

The story is engaging, emotional, but crucially, never rushes you. Part of what makes Marvel’s Spider-Man Remastered so good is the city itself. Exploring to pick up collectibles, stop crimes, photograph landmarks, and disrupt gangs is a game in itself, and addictive to boot. Yes, it still contains those stealth missions, but the negative experience they offer pales in significance when considered against the overall quality of the title. 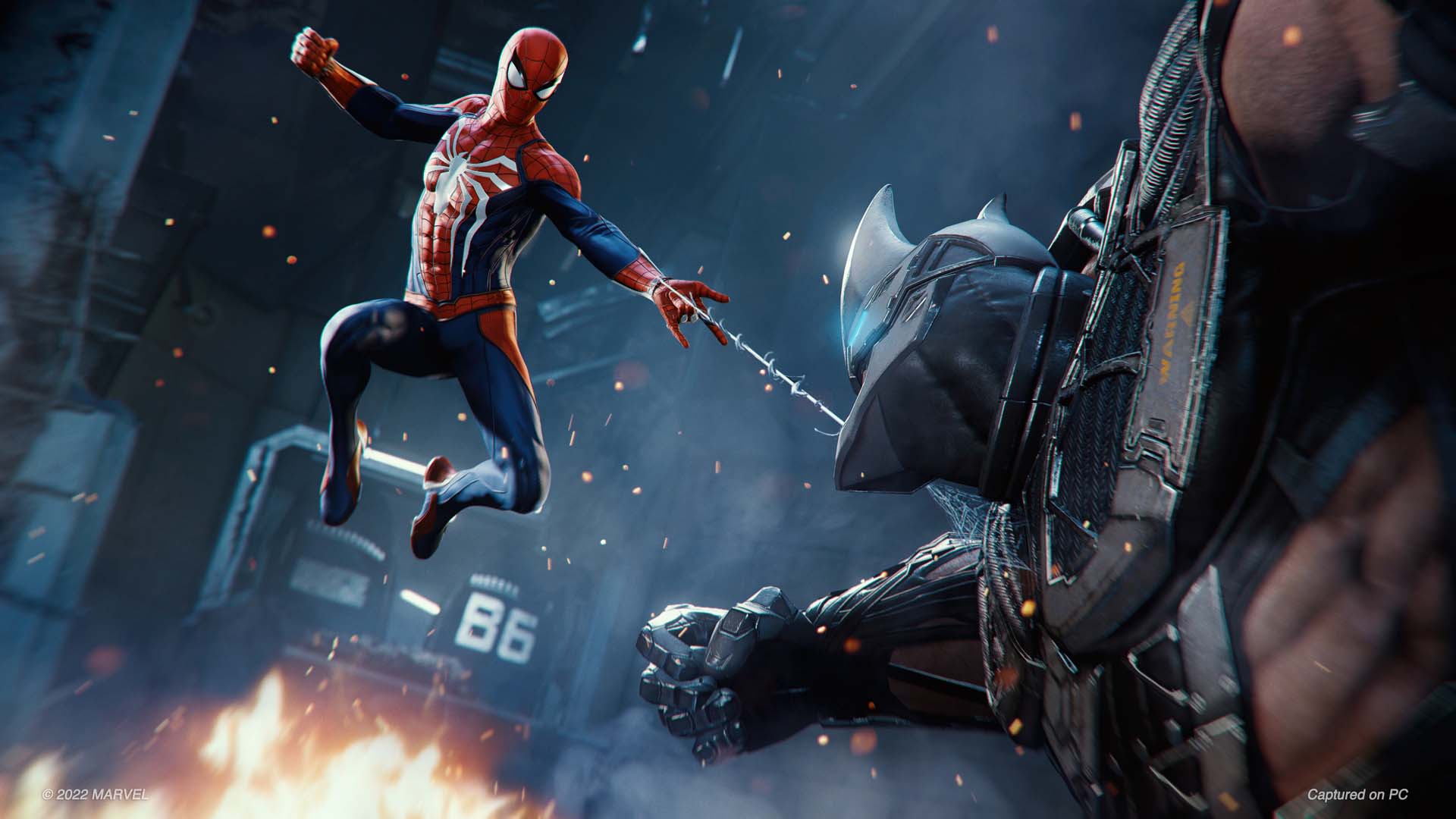 But what of the PC version, specifically? Much of what I’ve said about the game remains the same as in our original review, but the PC version offers ray-tracing (if you have a GPU that can handle it), DLSS that means you can get a better looking game if you are on slightly older hardware, ultrawide monitor support (I couldn’t test it, but Insomniac says if you have a three monitor setup, this is the game to show it off, and I believe that), multiple accessibility options, support for the DualSense controller (and mouse and keyboard, if you want to play that way), and even cloud save on both Steam (where I played) and Epic Game Store.

Performance wise, Marvel’s Spider-Man Remastered runs like a dream. Developer Insomniac has partnered with Nixxes (a team that often specialises in PC ports) and it shows. Even a GTX 950 is going to be able to run the game at 720p with 30fps on “very low” settings, but to give a better idea, I also tested the game on Steam Deck, which the game is already verified for.

After some testing, the best setting for the Steam Deck seemed to be around medium to high settings, and after locking the refresh rate to 40hz, I would get a near constant 40fps, with only a few drops at when traversing the map at speed, but even then, it was only noticeable because I was looking for it. There’s plenty to tweak if you do want higher, but keeping the likes of reflective windows on when you’re spending so much time running up walls or webbing past them adds to the world, and it felt like a happy medium to get an eye-tricking 40fps with some of the higher end visuals switched on. You could definitely push it if frame rate isn’t a big deal to you, but that’s how I ended up enjoying it the most. 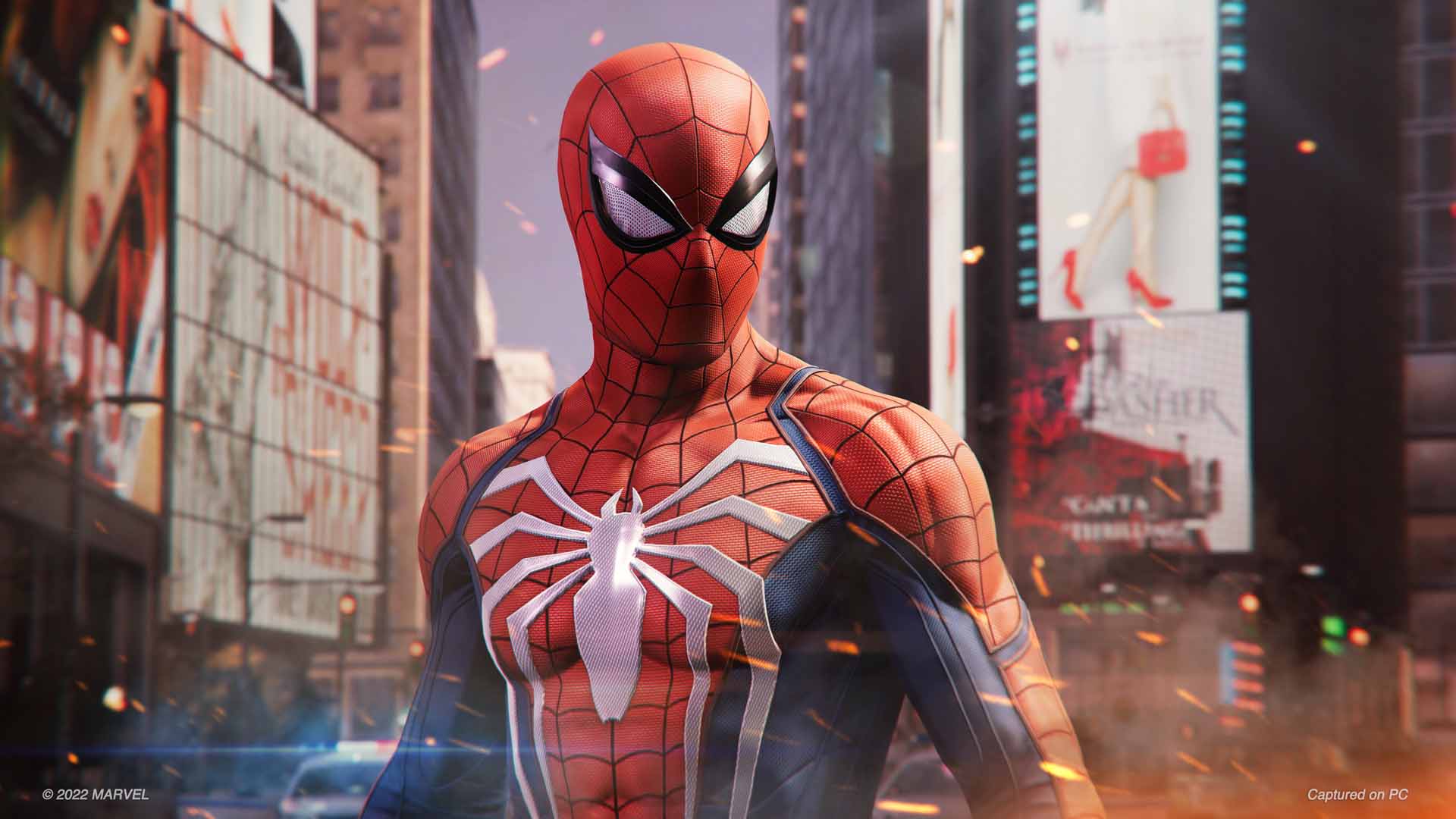 It also feels very at home on Steam Deck, offering a chance to jump in and fly about the place grabbing a few collectibles, or beat up a few dudes committing crimes. If you did play the original you’ll likely remember the moments when the sun catches the camera and makes the game look spectacular, and that is completely present on Steam Deck.

If all of that weren’t enough, of course it also includes the DLC that was released as “The City That Never Sleeps”. This is three pieces of content that you can play after a set point in the story (though I’d recommend doing it after the main narrative is over), made up of “The Heist”, “Turf Wars”, and “Silver Lining”. While not massive pieces of content, they add a few hours each with new enemies and gadgets, and are worth playing for the stories they tell, overall.

What you’ve got here is a fully complete, accessible version of Marvel’s Spider-Man Remastered that will run on most systems, is at home on the portable Steam Deck, and feels fresh and brilliant even four years after release. Sony is clearly committed to making its PS4 and PS5 games work well on PC, and it’s great to see so many new people able to play a game that most thought would remain exclusive forever. A triumph, then, and one that, despite getting 100% when it first came out, has me hooked enough to consider doing it all over again on PC.

A fully complete, accessible version of Marvel’s Spider-Man Remastered that will run on most systems, is at home on the portable Steam Deck, and feels fresh and brilliant even four years after release.