previous
Steelrising: Cagliostro's Secrets DLC review
random
next
A Little to the Left review
1 like 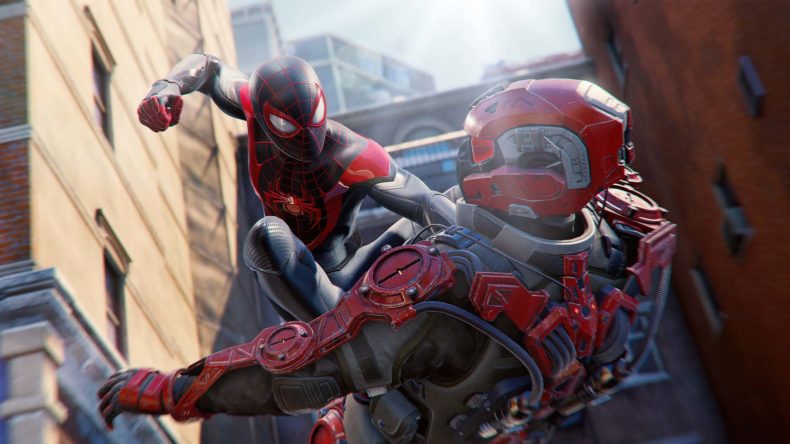 I almost feel bored of saying it now, but Marvel’s Spider-Man: Miles Morales for Steam Deck and PC is yet another triumphant PC port for PlayStation. Even coming just a short few months after the first Insomniac developed Spider-Man title, it’s hard to not be yet-again impressed by Nixxes port work when it comes to bringing a gorgeous game to PC.

Iterating two years after the original was never going to be easy for Insomniac, but Miles Morales is a better game thanks to it being a tighter story, and dare I say it, having characters that just seem more developed from the outset. Miles is not Peter Parker, you see, and with Parker away on a “working vacation” with MJ, a young Miles is left to be “New York’s only Spider-Man”, albeit temporarily. Morales is still getting used to things, and this is visible in nuanced ways, such as how he swings: he’s clumsier than Parker, and it gives that feeling that he’s very much still dipping his toes into being Spider-Man. 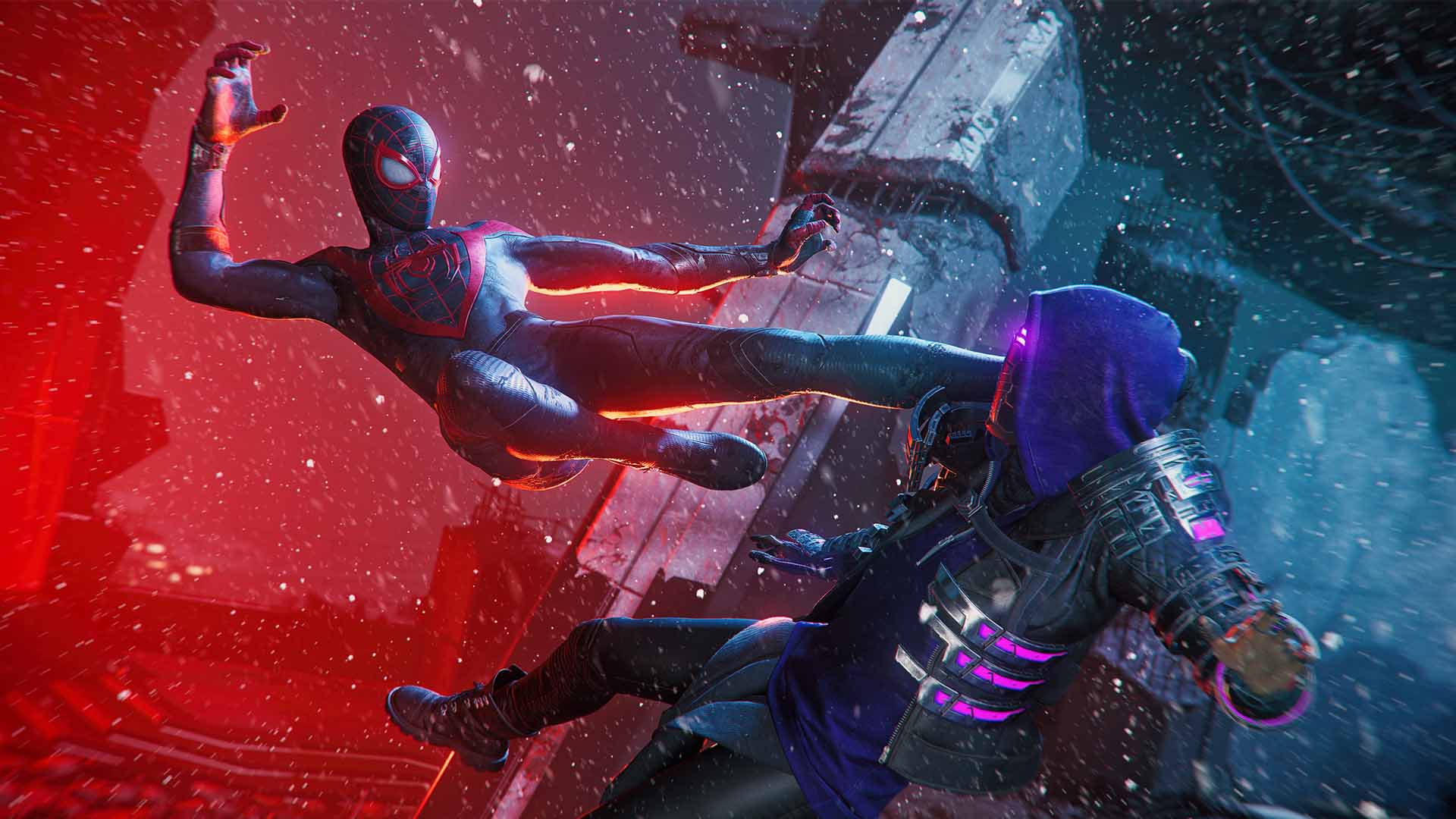 Moreover, he’s struggling with the secret identity, and discovering new powers that even Parker doesn’t have. Early on, you’ll be playing with electricity (or “Venom Powers”, which is a little on the nose, perhaps), but this small addition that requires you to use your venom powers by hitting L1 and a face button adds a new type of skill tree to access and unlock, and it feels like a brilliant way of moving from Parker to Morales.

But it’s perhaps likely that you’ll know all about the game itself (and you can see it in action in 4K on PS5 here), and how most of the negative elements of Parker’s adventure were tweaked for Miles Morales. What you won’t know is that this is yet another superb PC port from Nixxes, with the usual plethora of options to tweak the game settings to your needs, whatever PC you have.

Once again we’re talking ray-tracing (if you’ve a newer GPU that can handle it), ultra-wide support, and even 48:9 support for triple monitor setups. If you do have access to this kind of tech, Miles Morales is an ideal game to show it off with that enormous city to see. DualSense haptic support and trigger feedback is supported, too, if you want to plug a PS5 controller into your PC. 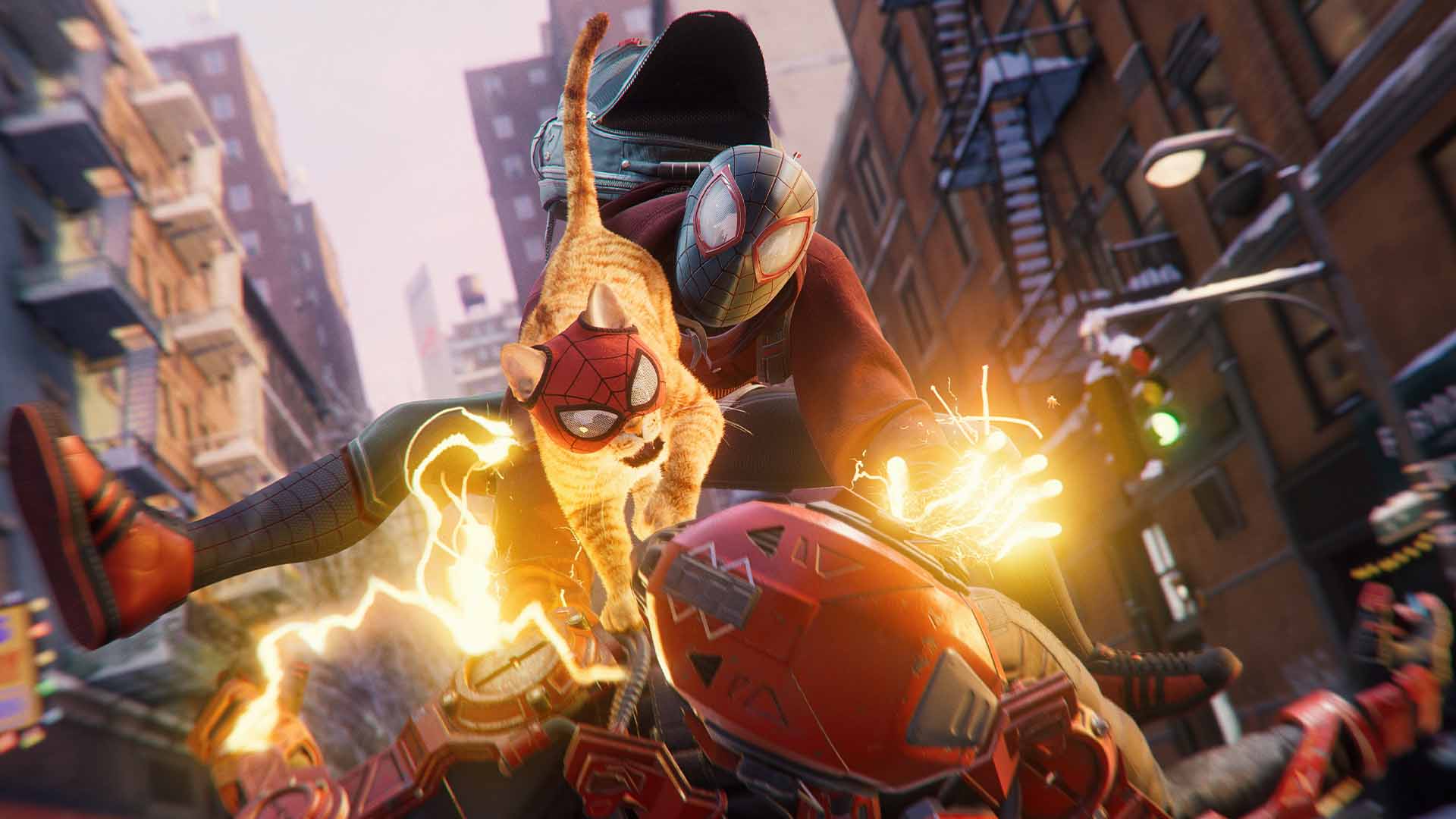 DLSS means you can get a better picture than normal even on a lower end setup, with the game capable of running at 720p at 30fps on even a GTX 950 or equivalent card. Whatever PC you have, as long as it has a dedicated GPU, you’re going to be able to play it at some level.

But it’s the Miles Morales Steam Deck performance that once again wins the show. Yet again, on default settings you’re pushing into the 40fps territory, with the smaller screen not showing up the “medium” visual deficiencies. It’s a battery hog, no question, and you’ll be at 50% before you know it, but it’s still just so surprising to see how well it runs.

Another area that shows the dedication and thought behind the PC version also comes when playing on Steam Deck. For those that don’t know, there is a sensor on the right thumb stick of Valve’s portable PC that if you cover, turns on the gyroscopic motion controls. This is included for the Miles Morales Steam Deck version, meaning you can swing the camera round at will just by placing your thumb over the right stick. It’s a lovely feature generally, but it being on by default here is another surprise, and proof positive that the Deck is being taken pretty seriously as a platform overall. 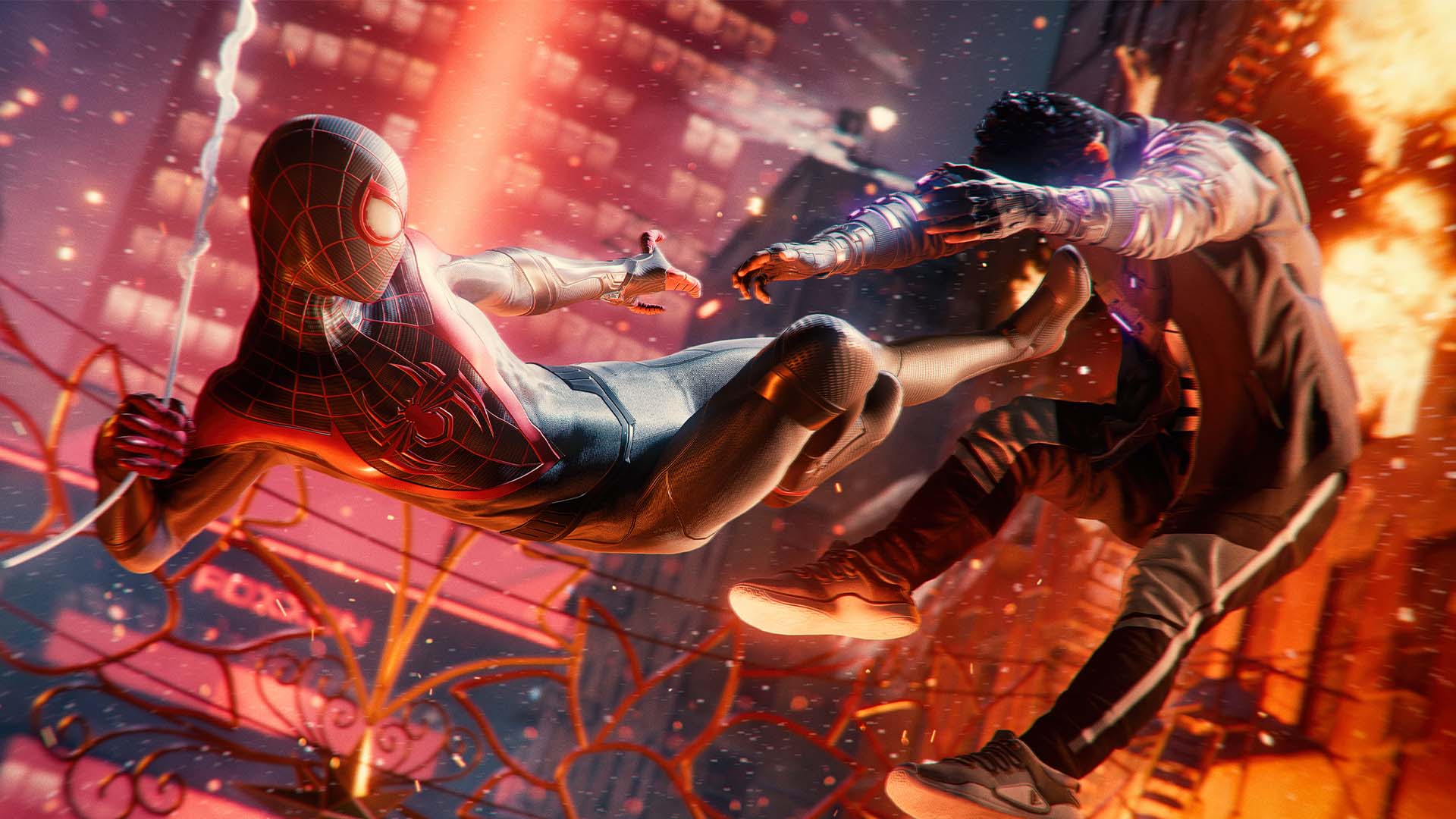 Truth be told, if further evidence was needed, Marvel’s Spider-Man: Miles Morales is proof of how seriously Sony is taking its PC content. This is a marquee title that was a PlayStation 5 launch game, used to showcase some of the best technology inside the new machine. While the incredible “no-loading” of the PS5 version are gone, replaced with what I’d refer to as “standard” loading times, that barely dents an otherwise stellar version of a superb game.

Even if you played Peter Parker’s adventure in August, I’d be surprised if you didn’t find Miles Morales a tighter, more enjoyable adventure, with absolutely sensational combat. Once again, if you already played it on PS5, this is still a good game for Steam Deck, but it doesn’t really add much to the original if you’re just playing on PC. For those getting to experience it for the first time, as usual, we’re all pretty jealous of you right now.

Yet again, Miles Morales on Steam Deck and PC is another PlayStation triumph, with the only real negative the fact that it has longer loading times than on PS5.