previous
Ratchet & Clank: Rift Apart | 7 Tips to get you started
random
next
Salt and Sacrifice revealed at the E3 kickoff
0 comments 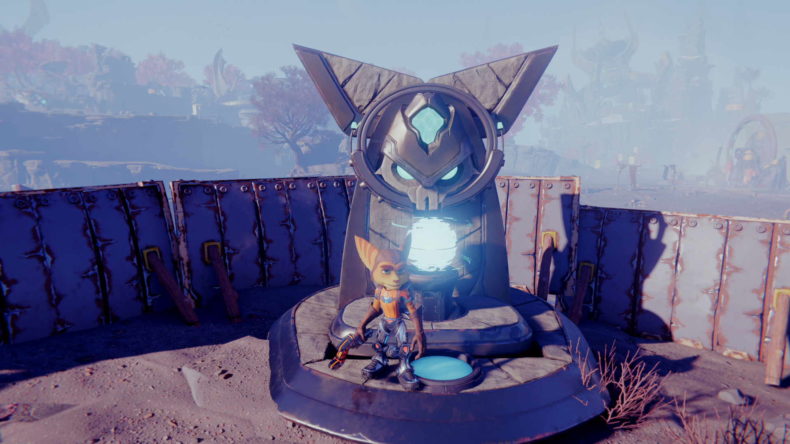 Among the many collectibles in Ratchet & Clank: Rift Apart are strange things called Lorbs. Early on they’re part of the introduction to side objectives in the game. Being optional, some are easy to find to get you started off. But some are fiendishly awkward to get to.

There’s an item in the game that makes finding these Lorbs a lot easier, mind you. In fact, the Map-O-Matic makes all the collectible easier to find. We’re talking Zurpstones, Raritanum, Gold Boles, the lot! Having the Map-O-Matic is a huge bonus on your hunt for shiny things.

But since you can’t get that item until the latter half of the game, why not carry on playing and come back and mop up later? Mind you, even if you do that, some of the icons will show the location, but now how to get them.

Lorbs are points of interest on the map that are rather like shrines. There are three types of lorbs, but they all look the same. The only difference is how you activate them.

They’re exclusively on the planet known as Savali. And this is one of the earliest, but also the largest planets you get to explore. Handing in Lorbs gets you armor pieces, for a total of three. You hand them in near the teleporter in the centre of the map to a time creature with pink punk rock hair. 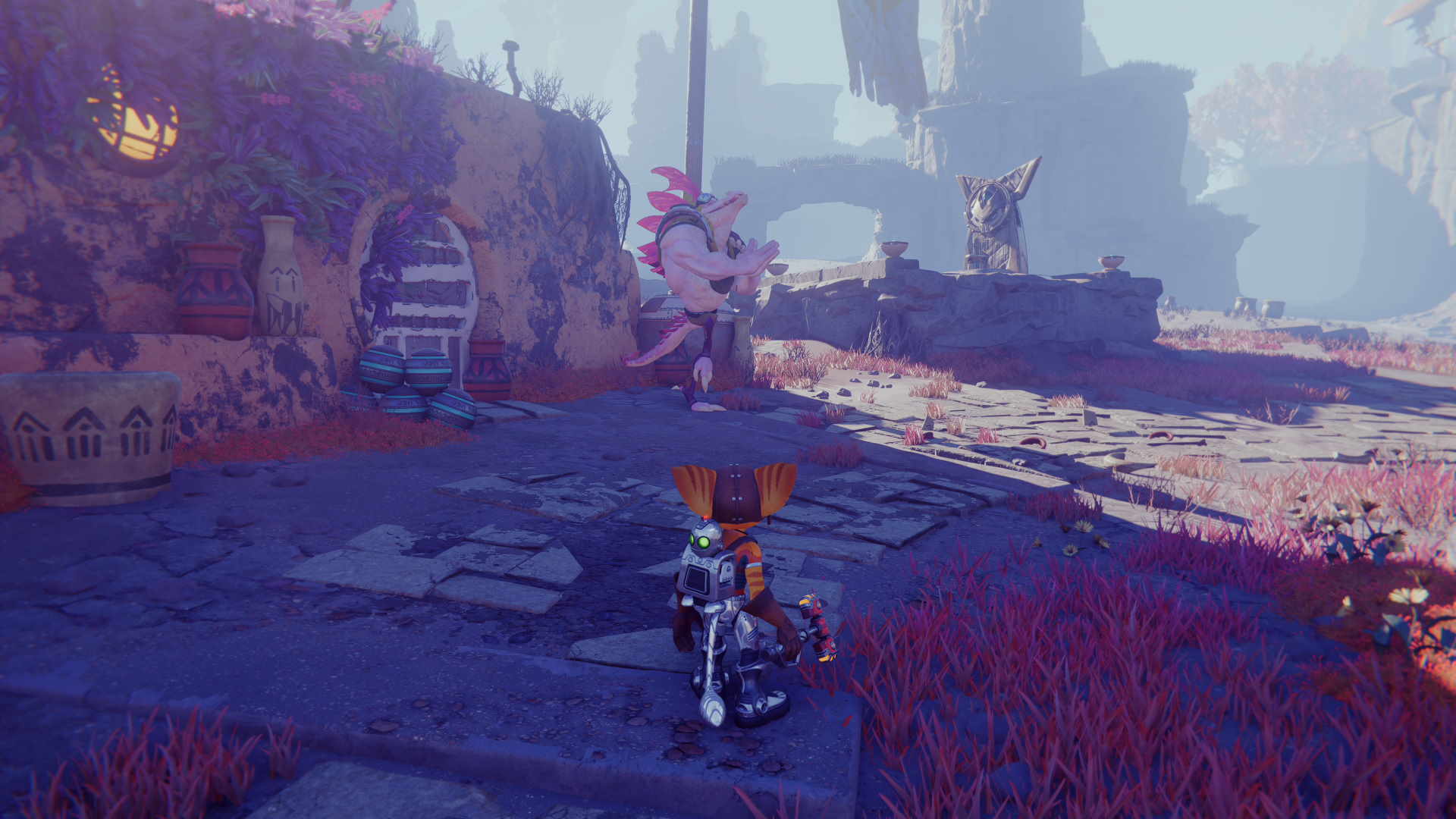 The first type of Lorb is the simplest. It’s just a grey shrine-like object that will activate when you move close to it. The second type is the same as this, but it’s guarded by enemies. A Lorb cannot be activated unless the area is clear, so make sure you kill all the enemies to activate it.

The last type of Lorb is a moving one. These are on the back of a space trailer and will fly away from you on a pre-determined track when you get close.

How do I catch the moving platforms?

It may seem obvious, but you have to be quick. There are three of these moving platforms on Savali, and one contains a Lorb. The other two have a Gold Bolt and Raritanium respectively.

As soon as you approach the platform, located in the top left of the map area, it’s try to escape. Hit R1 to active your booster boots, then mash L2 to get up to full speed. 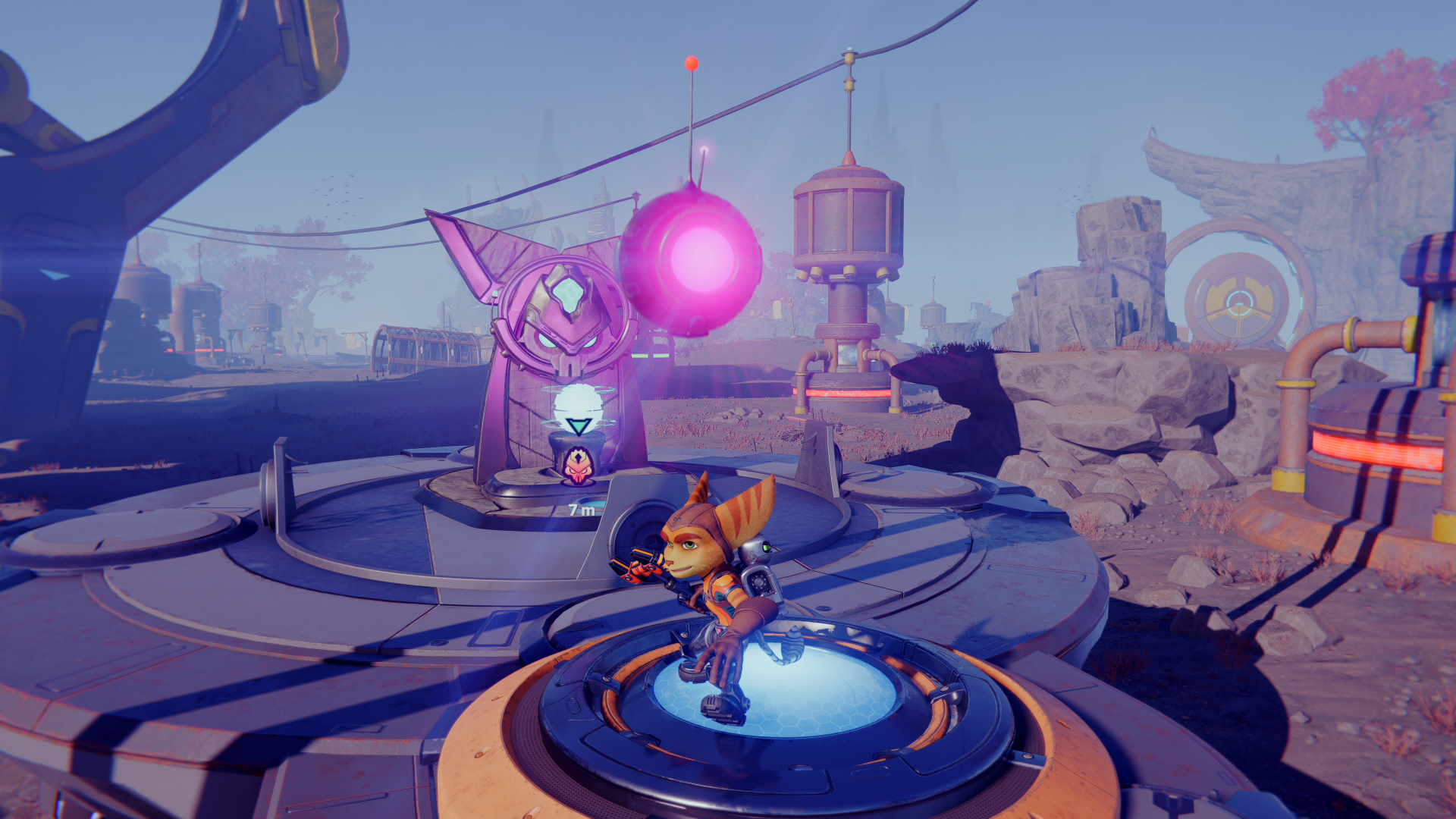 Once you’ve done this, try to work out where the platform is going to go, and get ahead to cut it off. Then all you have to do is jump and hit L1 to grab the grapple point on the back.

Once you land on it, there’s a green foot switch which will stop the platform and remove the shield. Then you just collect your hard earned Lorb. Easy peasy, right?

There aren’t any brutally difficult Lorbs to find, but there is one particularly tricky one. In the middle of the map there’s a Lorb that’s high up with seemingly no way to get to it.

What you need to do here is position yourself away from the area, as shown on the map below. You’ll see a ramp here, which is the key to getting this Lorb. 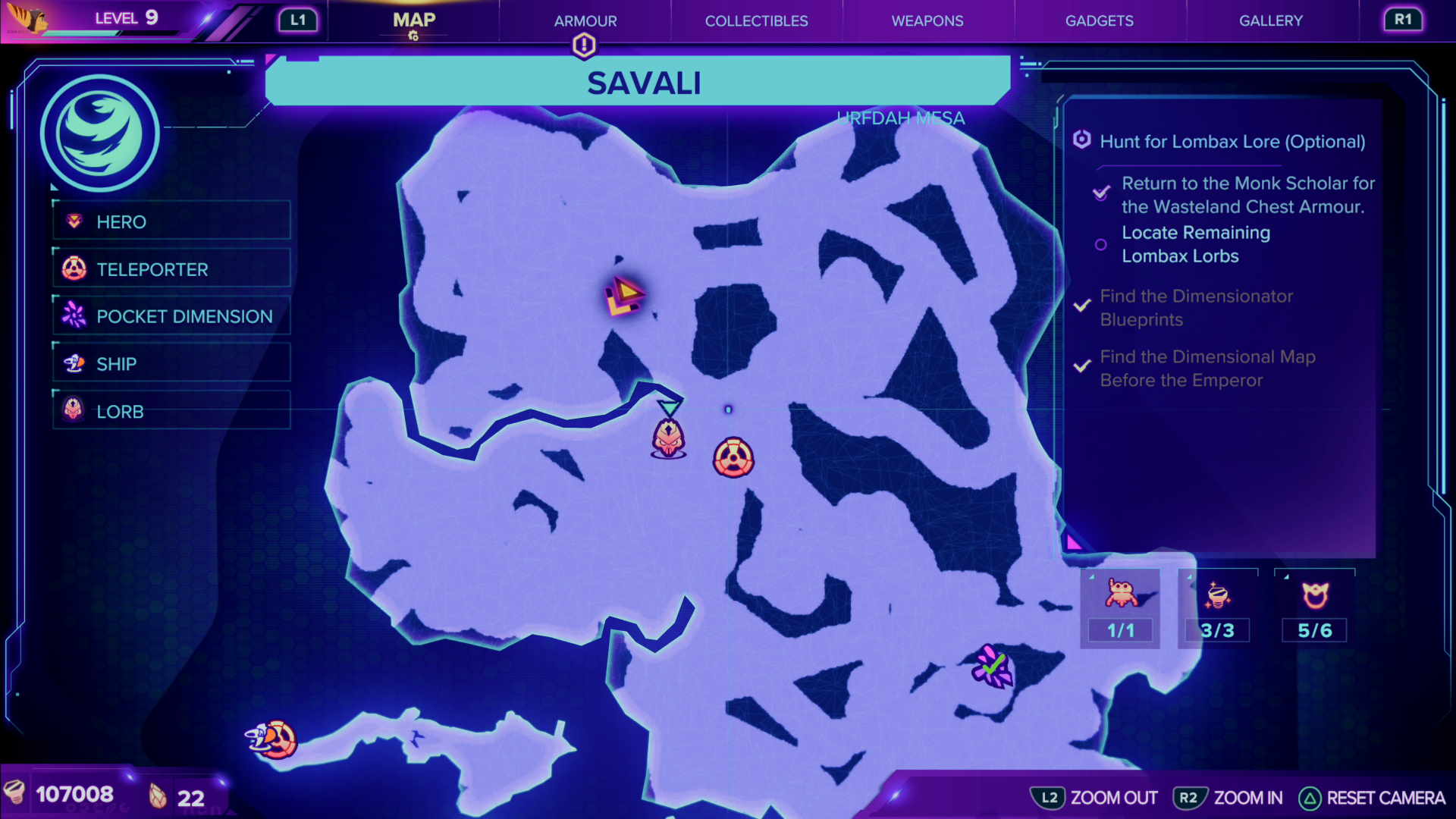 It may look too far away, but trust us, this is the only way to get this tricky collectible Lorb. Again, you’ll need to use your boost boots and get up to full speed, here. Hit the ramp but don’t press jump, just let the boost pad take you high into the air. We found that a safety jump or dash at the end allowed us to float safely to the Lorb, here. 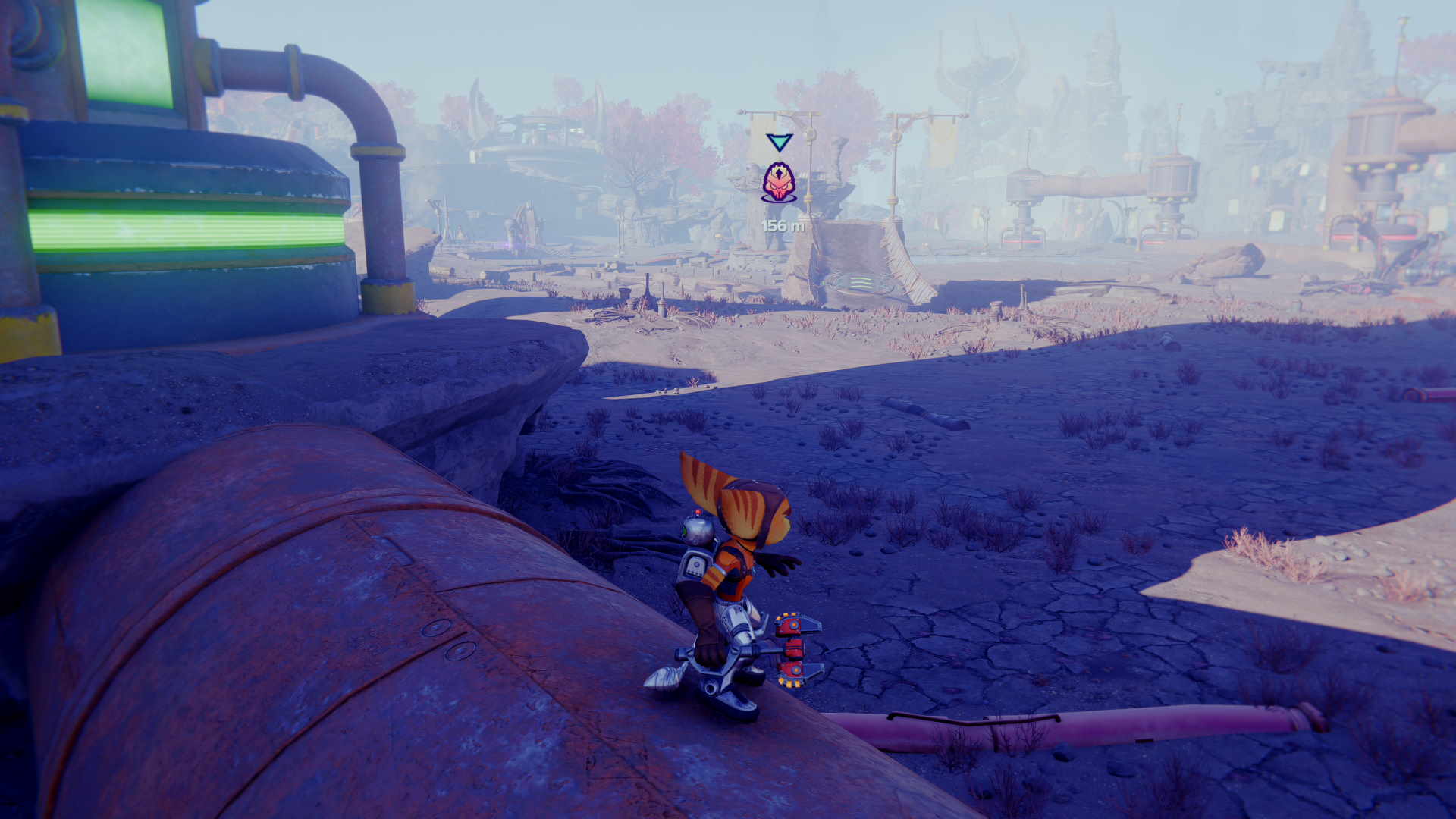 There’s a second, tricky to find Lorb near the area where you have to climb the mountain. It’s near the very bottom of the map, and there’s a piece of Raritanium along the way for good measure.

You’ll need to use the Rift jump mechanic and press L1 a few times to get near it, to begin with. Then, you’ll find a rail which you can ride and take all the way to the Lorb. Below you can see the rail from the Lorb end. 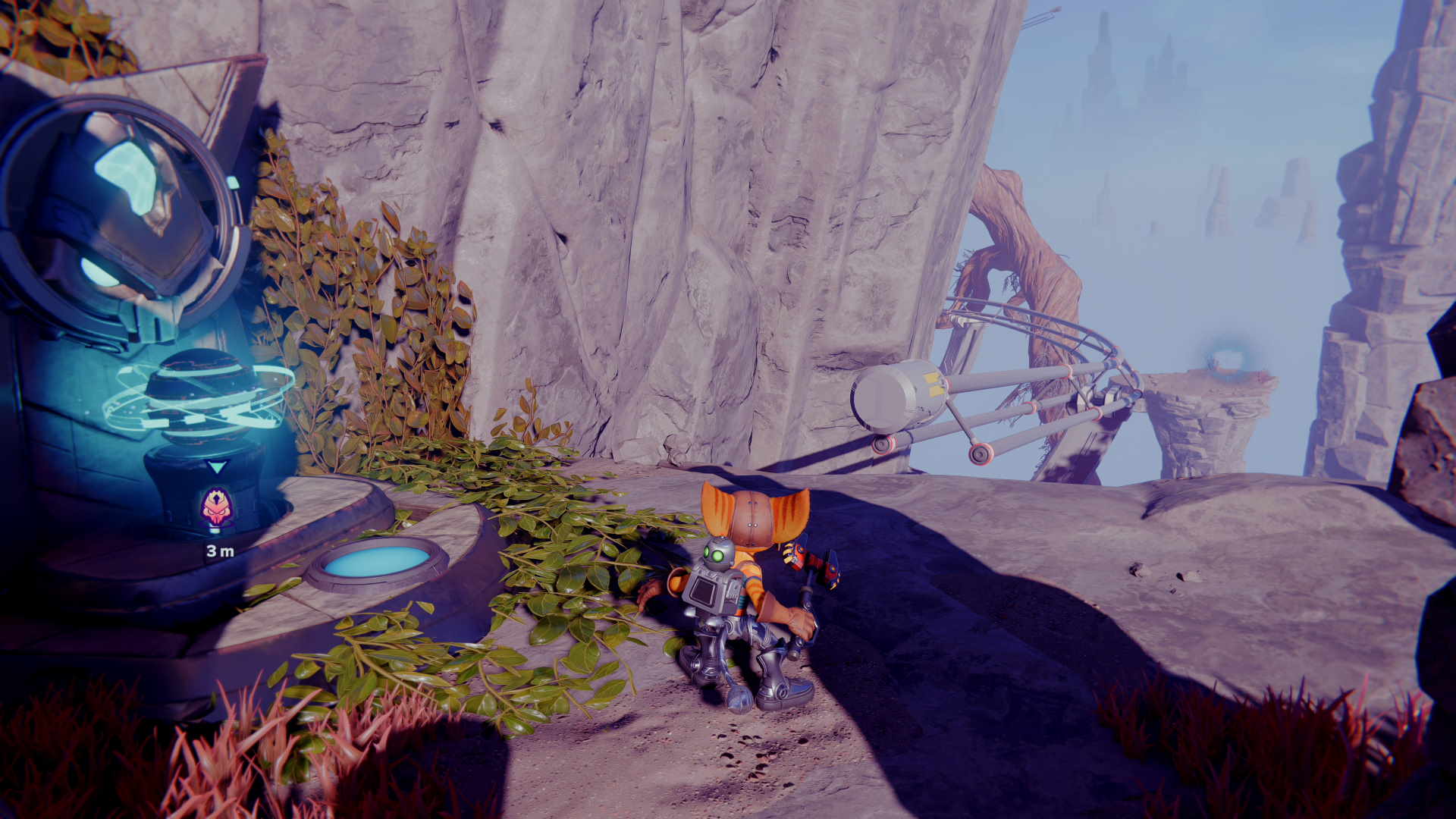 The last tricky Lorb of the full 12 you can collect is the top right of the map. There are boost pads here to help you speed along, but they serve as a distraction.

The idea is to go over one boost pad, then look left, where you’ll find a cave you can enter. It’s full of grunt-level enemies you can destroy in seconds. But there’s also some plants spewing these same enemies out, so get rid of them too. Doing this will leave you free to claim your hidden Cave Lorb.

While you’re in this area there’s a secondary cave just outside and next to this one. There’s a fairly big jump, but get across the chasm and you’ll find a pirate ship. It’s a bit random, but there’s a hidden Spybot there for your collection. You’ll definitely want these so you can unlock the best gun in the game.

So there you have it: that’s how to find the hardest Lorbs in Ratchet & Clank: Rift Apart. Make sure you follow us on Social Media and Subscribe on YouTube to never miss a new feature.