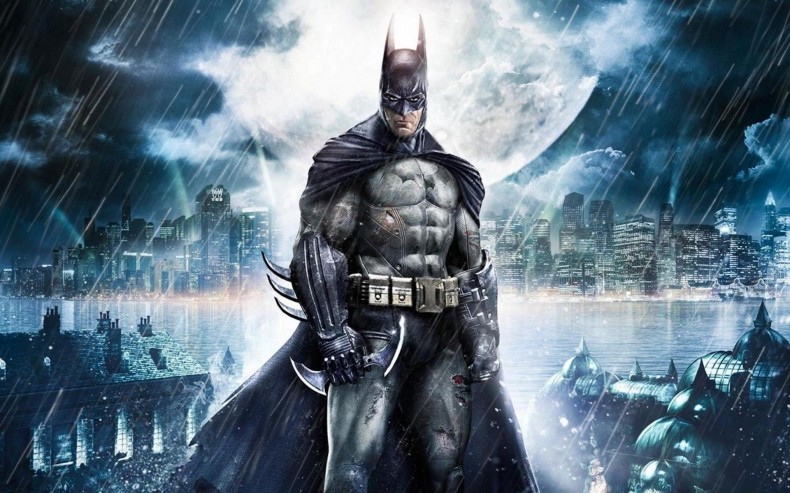 With the unfortunate delay of Return to Arkham, the PS4/Xbox One remaster of Rocksteady’s first two Batman games, I decided it was time to forego the waiting and simply replay them on Xbox 360, having picked up each game for a pittance a while back in an Xbox Live sale. Arkham Asylum would be the natural starting point.

First released back in August 2009, Batman: Arkham Asylum was incredibly well received by both critics and gamers alike, securing the top spot in sales charts as well as numerous awards, including many Game of the Year awards. Considering it was released in the same year as the mighty Uncharted 2, this makes it all the more impressive.

Billed as an action-adventure, Arkham Asylum was actually closer in style to a Metroidvania with new gadgets unlocking access to previously inaccessible areas, as well as the general backtracking throughout the game. This, for me at least, added to the already enormous appeal of a new, original Batman title, despite the trepidation thanks to a number of terrible games featuring the Dark Knight during the PS2/Xbox/Gamecube era. There was just something about the design of Rocksteady’s game that, even in trailers, promised something special. And you know what? It’s still damn special. To this day, it remains my favourite of the entire series. I enjoyed Arkham City and Arkham Knight immensely, with the latter even securing top spot in my own Game of the Year list last year, but the sheer openness of them both felt too overwhelming next to the tightly designed and superbly paced Arkham Asylum. It even looks great too, thanks to the power and versatility of the third Unreal Engine, and the amazing designers and artists at Rocksteady. Batman looks at once heroic and menacing, his frame bulky and his animations fluid; The Joker, in one of his best incarnations to date, is brought to life in stunningly psychotic detail with exquisite animation; Bane and Killer Croc are glorious in their oversized forms; and Harley Quinn’s star turn is masterful, rocketing her to newfound fame outside of the Animated Series and comics. Yes, I am a Harley Quinn nerd, deal with it.

The cast, made up of original voice actors from the acclaimed Batman: The Animated Series, most notably Kevin Conroy as Batman, Mark Hamill as The Joker and Arleen Sorkin as Harley Quinn (though she would be replaced by Tara Strong in later games), turned their respective characters into videogame icons. The entire Arkham trilogy is known for its quality voice acting, and frankly it all stems from that first game.

Upon returning to Arkham Asylum, it’s great to see how well it all holds up now. Games have broken new ground in all aspects of gameplay, sound and visuals since 2009, especially with the release of the PS4 and Xbox One, yet here is a seven year old game that can still show how revolutionary it was without the need for rose-tinted glasses. Why was it revolutionary, you ask? Well, aside from its direction and design, its gameplay brought together stealth, action and detective skills in a way that no other game series had done before. Or since, for that matter. Each stealth encounter was a puzzle of sorts as you grapple onto gargoyles that conveniently adorn the high walls of the gothic Arkham architecture, working out when and where to strike the armed goons patrolling the halls. Other fights would break out with unarmed enemies (or even a mixture, adding an extra layer of strategy to the mix) and would show off the incredible combat system of Batman: Arkham Asylum. Its simplicity belied a depth to rival that of many beat ‘em ups, and its counter system kept everything flowing beautifully, giving players the chance to really feel like Batman for the first time. Other games have tried to copy this system since, but not one of them has succeeded in capturing the flow of Batman.

Going back after playing its sequels, however, does highlight how the combat evolved over time. For example, Arkham City introduced the ability to counter multiple enemies at once, helping fights flow even more smoothly than before, and so going backwards can be a bit jarring. Enemies ‘stack’, attacking you one at a time, and you find yourself ruining combos by pressing the counter button again, despite no second thug trying to throw a punch like they would in the sequels. You soon get used to it, but it’s guaranteed to throw you off during your first few hours back in the asylum. It doesn’t shy away from the dark storytelling of DC’s most sinister comics, either. The Joker is as sadistic as he’s ever been, casually murdering guards and doctors because it amuses him. Victor Szasz, a lesser known villain of Batman’s, is a horrifyingly disturbed murderer whose appearance isn’t quite noteworthy, but his patient tapes certainly are. Patient tapes are scattered throughout the asylum, with a story for each major inmate being told over a sequence of five tapes. In Zsasz’s tapes, his infatuation with his female psychiatrist is chilling. This darker tone is at least balanced by occasional injections of humour, either from The Joker or from one of the supporting cast of heroes and villains alike, another example of why Arkham Asylum has earned its classic status.

There are very few flaws in Batman: Arkham Asylum, and this is why it stands the test of time. Its classic story of Batman vs The Joker is kept fresh by the setting and tone of the game’s other characters and their interactions with the Dark Knight, including a very memorable appearance by a brilliantly redesigned Scarecrow. These redesigns encompass almost every villain, from Harley’s ‘new uniform’ to Poison Ivy’s…well, almost naked look, with some even informing the comics’ portrayal of them in the years following the game’s release. The fact that a videogame has had such an impact on its source material speaks volumes for its quality, and should tell you why WB Games refused to release the remastered collection before it was ready. Batman is one of the biggest (and most popular) superheroes there is, and Arkham Asylum is certainly worth the extra effort if you’re going to re-release it properly.

And if you don’t fancy the long wait, go play it again on one of its current formats. Its quality has not diminished one bit.