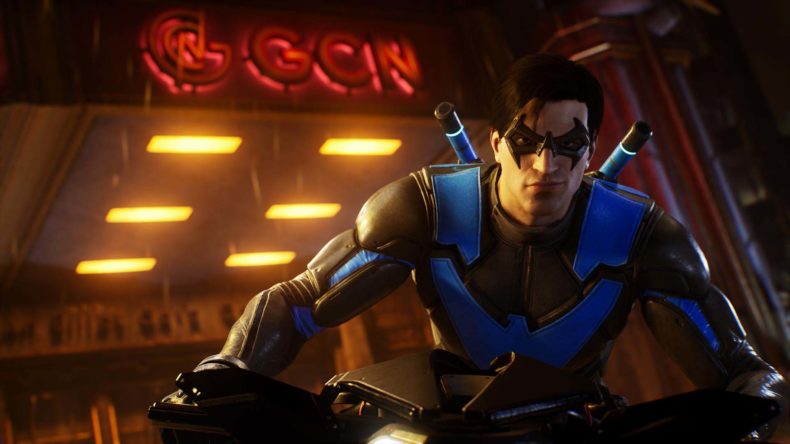 After a fairly long silence, Warner Bros. has once again lifted the lid on Gotham Knights, due out later this year. The new trailer gives us a better idea of what to expect from both Red Hood and Nightwing (Dick Grayson) as playable characters.

Geoff Ellenor, game Director, opens the video and talks players through the footage, which is labelled as “work in progress” but also “in-game footage”. It looks more like the recent Marvel’s Spider-Man series in some ways, which is fair, since that series definitely cribbed from the Arkham series for its combat.

As you can see, Nightwing is a melee character (bagsy him!), and Red hood shoots enemies with non-lethal guns. It’s hard to get too much of a feel for a character that shoots non-lethal bullets, so that’s one that we might all need to play before we pass judgement on how he feels.

Each character has their own systems, as Nightwing “ping pongs around the battlefield”. Ellenor once again reiterated the fact the entire game can be played solo or “in co-op with a friend”, which seems to debunk the recent rumours that Gotham Knights was in fact four player, and not two. There’s perhaps a darker, or more “adult” tone, as Red Hood clearly says “shitheads” in reference to enemies. There are unlockable abilities for each character, slow-motion takedowns, and it seems as though there are multiple crimes to solve during the game.

The gameplay demo takes place midway through the game, according to Ellenor. It definitely seems more open world, with a hub area that lets you take on missions or continue the story, too. There’s a workbench to upgrade equipment that you can use blueprints on, and there’s a definite “stat/loadout” system in place.