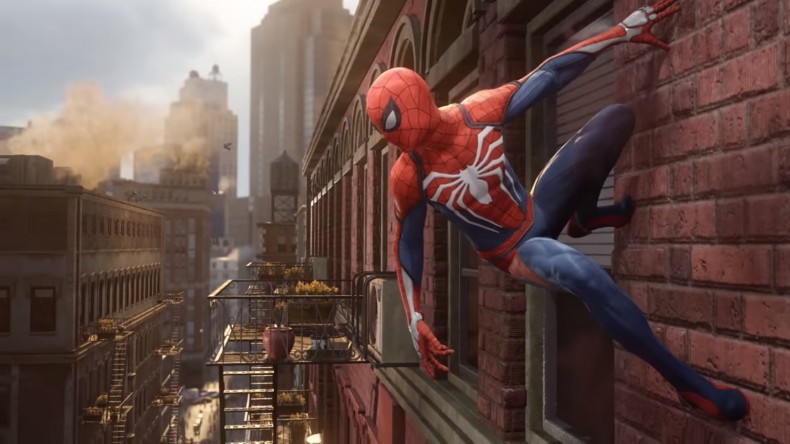 There’s no denying Spider-Man is the jewel of Marvel’s crown, and ever since his appearance in Amazing Comics #15 in 1962 there have been so many iterations of the webslinger through different mediums. Games have been a home for everyone’s favourite superhero for some time with many heralding Treyarch’s Spider-Man 2 from 2004 as the most loved adventure to date, but after playing through Marvel’s Spider-Man, there’s a new king in town. From the gameplay to the story Insomniac’s game perfectly encapsulates what it’s like to be a hero in a vast landscape, fighting some of the most iconic villains, and being absorbed in the struggles of balancing great power with great responsibility.

The dev has given a fresh take on not only Peter Parker but the universe as a whole. Familiar faces aren’t in the same roles as you’re used to – things have changed and everyone’s grown up. Peter is 23, no longer working for the Daily Bugle. Mary Jane is an upcoming reporter, Aunt May is working at a centre aimed at helping the homeless and less fortunate, and villains are coming from different backgrounds with different motivations. A war is brewing in New York and a new threat in the form of Mr Negative aims at destroying everything the Mayor of New York, Mr Norman Osborn, is trying to build. There’s an intricate tale being told that features well-established characters in the comics, but in a much different light that you’re used to. Through the course of the story you’re taken in so many directions you’ll never be able to judge quite where you’re going or where you’ll end up. Not only do you struggle to stop the carnage Mr Negative is thrusting onto the city, you’re trying to balance your work at the lab and rebuilding the relationship you once had with Mary Jane. Things intertwine as the game progresses and the pace is excellent. Just when you think you’ve got a grasp on where the story is going, a brand new challenge rears its head and you’re pushed to the limit in glorious fashion. No doubt you’re aware of The Sinister Six’s presence, but there are plenty of surprise appearances and countless nods to everything that’s come before, including a wonderful reference to Sam Raimi’s magnificent Spider-Man 2.

This is a game for the fans and it never disappoints. It looks stunning, both in the way New York looks and how there are never any dips in framerate. Performance in even the most intense fights maintain such a high quality it’s remarkable how Insomniac Games has managed to do so. The city is a lifelike representation of The Big Apple, featuring everything from the Rockafella Centre to the Empire State Building, and in relation to the Marvel Universe, there’re many familiar buildings such as the Wakanda Embassy and Fogwell’s Gym. It’s a joy to behold: absolutely stunning to look at. There’s so much to do when not partaking in the main story and plenty of reasons to do so giving meaning to everything the city has to offer. Every side mission and activity rewards you by giving you tokens to upgrade your equipment and unlock new suits and gadgets. Stop robberies, kidnappings, and save trapped civilians to earn crime tokens. Take photos of famous buildings and statues to gain landmark tokens. Complete research missions such as finding samples of toxic gas, and fixing the water supply to earn research tokens, or even liberate various bases and take out Sabre, Fisk, and Mr Negative’s men to grab Base tokens. There’s so many different tokens to grab, and as you play so many more opportunities pop up. Side missions involving the lesser known villains also unlock, reminding you of Rocksteady’s efforts in the Arkham games and helping you to get the most out of the game as possible.

In terms of suits, there are quite a few. You’ll see many familiar suits from Spider-Man’s past endeavours that you’ll get to wear and they’ll definitely make you smile. Each suit has mods which’ll help you approach different situations that require certain objectives to be met, whilst some help you move more efficiently when swinging through the city so it’s always good to to own a wide range of them. Gadgets are also a big part of the game, such as the Impact Web that slams enemies into walls with one shot, the Spider Drone that’ll help you investigate areas without being caught, or the Web Bomb that explodes and traps multiple thugs at any one time. Upgrading these will improve their power and range, giving you an arsenal never slim in options. With any open world game, you’re guaranteed to find a skill tree, and this one is no different. There are three paths to upgrade with each one helping to improve your movement and options in a fist fight. Earn XP through missions to unlock skill points and you’ll soon find yourself improving your abilities. Most of the main missions swamp you with XP and you’ll gain a couple of levels at a time especially towards the end. Although some skills are minor adjustments, some improve your move set greatly and you’ll get a chance to unlock them all.

Everything you do both in combat and exploration flows so smoothly. There’s so much available when fighting that you’ll always come up with new ways to take out enemies whether on the ground or in the air. Hitting Square is your striking action and Triangle will throw your web and pull you towards them, but you can punch enemies into the air, jump of walls and strike, slide behind shielded enemies and attack from behind, as well as firing web at thugs with guns to tie them up so they’re unable to shoot you anymore. You can press R1 and L1 together to pull pieces of the environment off their bases, such as pieces of rubble and car doors, and you can also use these to throw at enemies and do plenty of damage. You gain Focus by making successful attacks and once you fill a bar it can be used to do a special attack, or pressing down on the D-Pad will refill your health to give you a temporary boost. When your suit is powered up you can press the two analogue sticks together to use your special suit power-up, offering another option to inflict damage or give you a short buff to your armour and more.

Flying around New York feels liberating, using R2 to swing from building to building, and pressing R2 and L2 together pulls you towards certain points allowing easier movement on buildings and amidst gangs of enemies. You can also jump off points with X that allows you an extra boost in speed and agility and help you to build momentum. Focus can also be gained my dodging successfully; this is a key part of the game and as your Spidey senses tingle, pressing Circle at the right time will mean the difference between dying and surviving. Most boss battles follow a similar formula. Dodge attacks, fire webbing to restrict their movement or throw objects at them, then go in for the kill. Success can be achieved from this method of attack in almost every fight, and it never gets boring. You just need to learn their patterns and dodge successfully. Some of the set pieces in boss fights are incredible, and the odd QTE pops up, but almost every fight is won through efficient movement and precision. They’re never particularly difficult, it’s when you’re overwhelmed by gangs that the game is at it’s most challenging.

One thing Insomniac has tried to do is to make Peter Parker relevant outside of being Spider-Man. There are segments of the game where you have to use the brains inside the mask. There are various minigames that have you fixing circuit boards and altering components of materials inside the lab. You’ll visit Aunt May’s place of work to help out there as well, giving you more of an understanding of the young man inside the suit. Not only that, you’ll play as Mary Jane in stealth missions. Stealth is also a major part of gameplay. You’ll head into areas with two options: go in with guns blazing, or take out everyone without making any noise whatsoever. You can perform perch takedowns and web takedowns, and sneaking up behind enemies and pressing Square will taken them down in silence. It opens up gameplay on a whole new level, and gives you countless options for how to complete missions. Yet another triumph in a game where you’re already blessed with options in battle.

There’s very little to moan about regarding Marvel’s Spider-Man, but I did encounter some bugs that cost me a few fights. In one encounter I had to take out pockets of thugs on the ground as well as those firing RPGs at me on the rooftops. Not only that, but there were Silver Sabre’s soldiers flying around trying to take me out. It took a lot of time trying to survive and take everyone out, and as I thought everyone was down, there was a red dot still on the minimap. After spending about 20 minutes looking for a way to eradicate the threat I simply couldn’t. One of the soldiers had disappeared into a building which meant I had no way of getting to him. I had to restart from the checkpoint and do it all over again. Later on, it happened again but thankfully his head appeared through the roof and luckily I got an opportunity to actually kick his head in. Both cases were frustrating and the time spent strategically taking enemies out meant nothing because I couldn’t progress.

Regardless of these two issues I’ve not had this much fun playing a game in a while. Insomniac Games has managed to make the best Spider-Man game of all time thanks to its vast combat and magnificent storytelling. You’re given a darker take on a well-loved superhero here, whilst still getting all the humour associated with the awkward-yet-lovable character. It’s also emotional at times, and the ending is a powerful one. This’ll no doubt give you hours of stuff to do both throughout the story and in all of the side quests and activities, and if you have high hopes for the game you’re in luck. This is a triumph, and has set a new benchmark in how to reinvigorate a franchise, making it feel fresh as well as helping us to fall in love with the greatest superhero of all time once more.

Some bugs that temporarily hindered progress

Everything I hoped it would be and more. Marvel's Spider-Man provides us lots to do, a great story, and some of the best visuals available on the PS4.