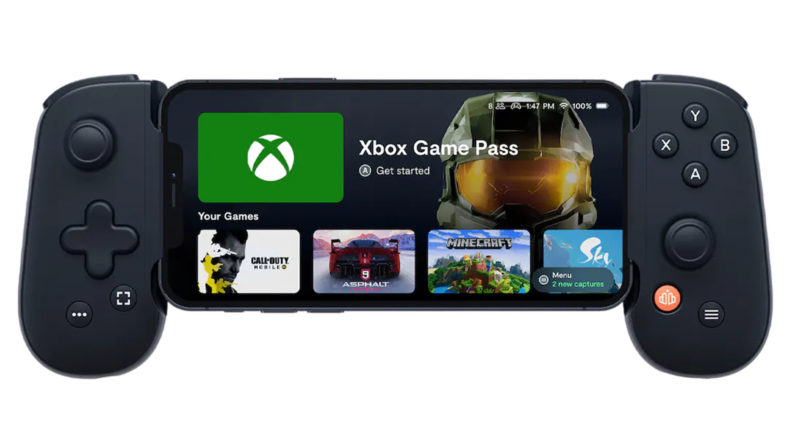 It’s been quite a while since something has been so instantly impressive as the Backbone was to me. I’ve looked at Smartphone controllers before, and they’re fine, and do the job, but Backbone seems designed with the sole purpose of being easy to use, comfortable, and working correctly. It may seem I’m damning with faint praise there, but out of the box the Backbone just works, and that’s a refreshing thing these days.

Designed for iOS devices (an Android version is available for the same price), the first surprise is how it feels in the hands. I’ve been playing a whole lot of mobile-style games lately, thanks to the Nintendo Switch, and Steam Deck. As the weather gets colder, sitting comfortably on the sofa with the curtains shut, there’s something appealing about sticking some headphones on and engaging close up with a game you’re enjoying. 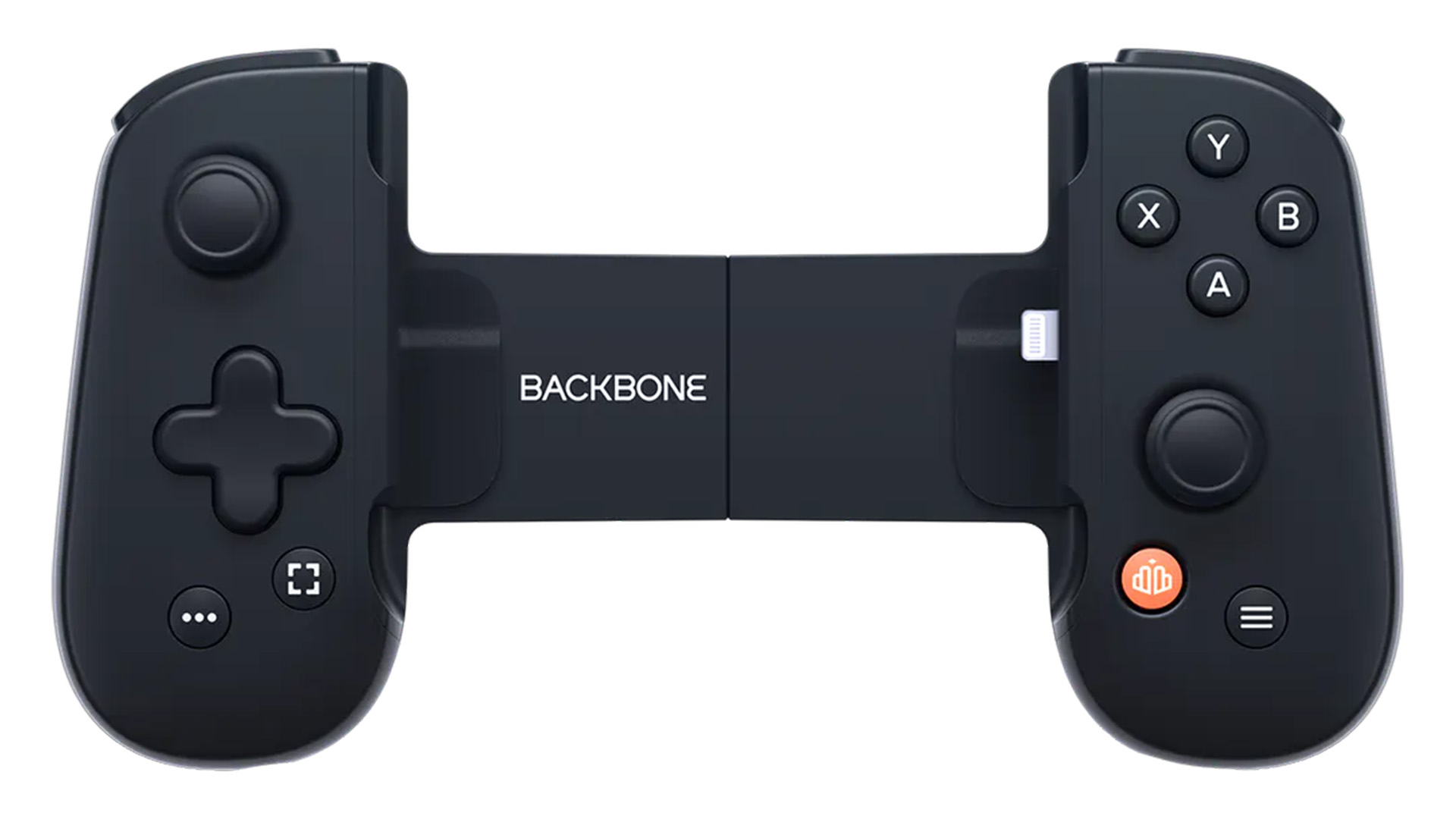 First up: it’s lightweight. The mechanism that lets you change the size of the controller for whichever iOS device you want to use feels spot on, tension wise, and there’s no issues pulling it wider for a larger phone. The only real negative is that it’s slightly awkward to connect it all up, which is via a single lightning connector on the right side of the controller. I should also note that I had to remove my iPhone case, as it wouldn’t line up properly, and even though it’s an official Apple magsafe case, I can’t really complain too much about Backbone not accommodating every potential phone protector out there.

When you connect it up, your phone instantly knows something is happening. You’ll be recommended to install the Backbone app, which acts as a hub for all things controller based. You’ll have the PlayStation and Xbox apps within the Backbone app, as well as games that are recommended to you, like Shovel Knight Dig, which is perfect for controller use. In truth, the only downside I had is that the App feels thrust upon you. There are chat rooms within it, and it wants you to buy a premium subscription, and it’s just entirely unnecessary. Furthermore, the app seemed slightly unresponsive when it came to letting me grab suggested games. I have an Apple Arcade subscription, but it became easier to just use the Apple Store and grab games that way.

The subscription model also puts a paywall in front of the “screen capture” recording setup that has its own button, too, which is a shame, but I suppose there are options on iOS to do that elsewhere. I do understand that companies want to make more money from users, but Backbone serves its purpose really well otherwise, and I suspect nobody is buying it for anything other than said purpose. Anyway, a handy bright orange button will take you back to the Backbone app at any time, which is nice if you do enjoy having all your remote play and game options in one place. 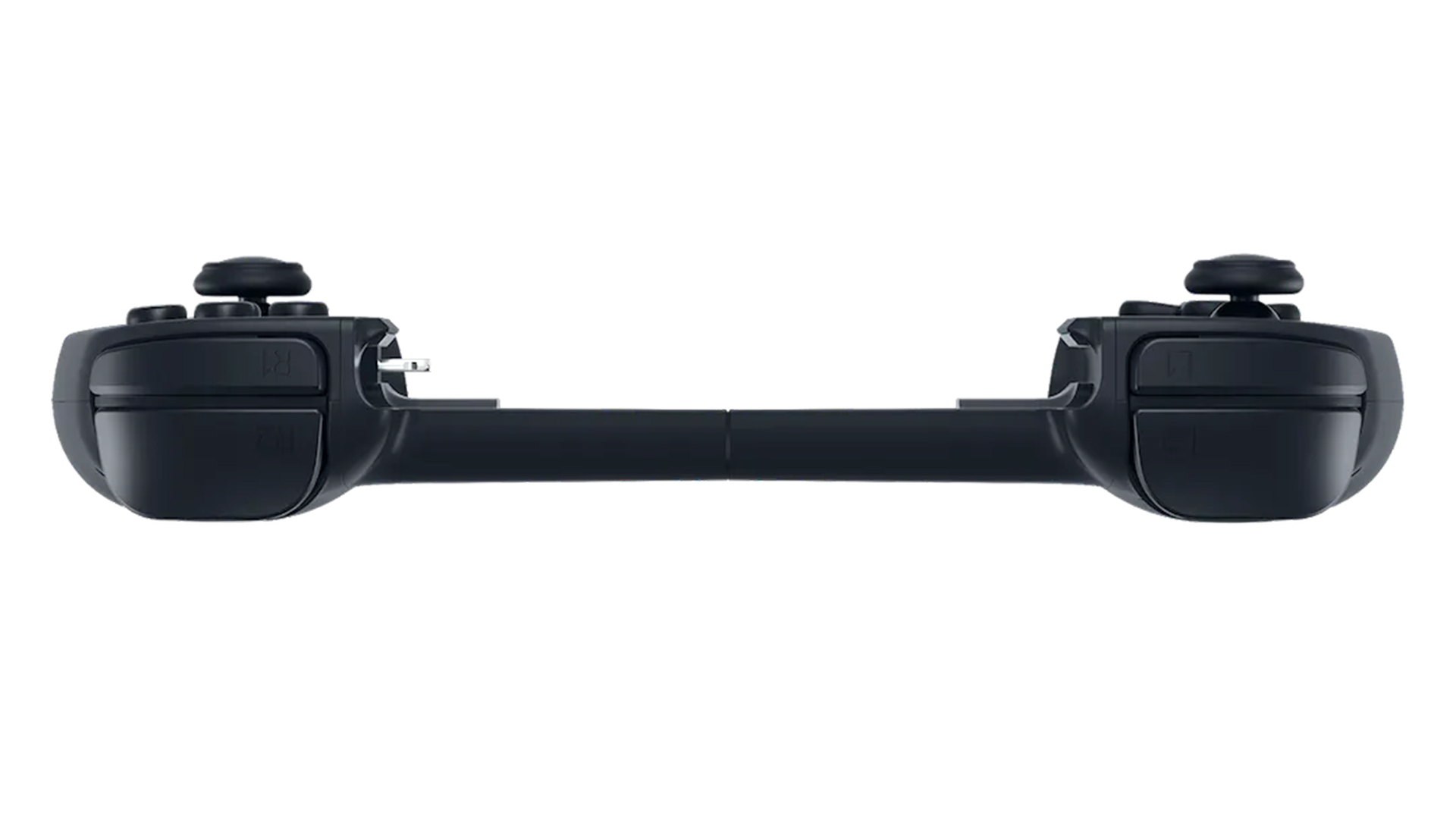 In practice, however, the Backbone works pretty much flawlessly. Sitting outside kids’ football training I managed to get a bit of Sonic Frontiers in while streaming from my PS5 to phone. You will need to tweak some settings as initially it’ll be set up to not allow data over mobile network, but it’s a few seconds, and a valuable thing to have defaulted to off, since mobile data can be costly. Switch it to 720p at 60fps, and you’re going to be pretty happy. With a PS5 connected, you can get a seriously impressive visual experience, here.

With the iOS version, you can easily just use your AirPods if you have them, but Backbone even added a headphone slot in the bottom left of the device, and a charging port bottom right, should you get caught short on battery. The Backbone itself doesn’t require power, instead using your phone as the battery itself. I had no issues with it draining remarkably quick, but obviously brightness, use-case (4G vs Home Network) etc will mean this varies.

The buttons have a satisfying click to them, and the triggers are good enough to do the job. The bumper buttons are arguably on par, if not better than the Steam Deck ones, so that’s a bonus right away. But honestly, everything about Backbone just works as you’d hope for, and it offers a comfortable way to play games on the go, whether you want to stream the biggest blockbusters or play some cool indie titles from the App Store, this is a device that’s easy to recommend. As long as you don’t mind the app itself begging you a little, the size, comfort, price, and ease of use makes it pretty much best in class.

Everything about Backbone just works as you’d hope for, and it offers a comfortable way to play games on the go, whatever you're playing.